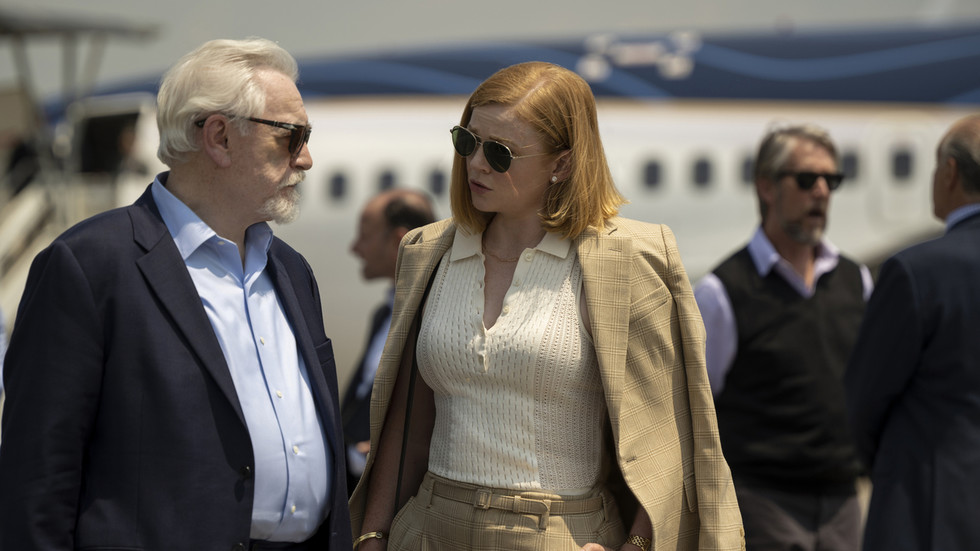 HBO’s ‘Succession’ is glorious fun, but the oligarchical media empire it dramatizes is actually a harsh reality

Four families control the majority of American media, and the Roy clan of ‘Succession’ is an entertaining, clever, and frighteningly accurate amalgam of the dysfunction of them all.

‘Succession’, HBO’s deliriously addictive and seductive soap opera following the travails of the Roy family dynasty and their media and business empire, is back in full swing for its highly anticipated third season.

The show is obviously a work of fiction, but the blueprint of the story is frighteningly familiar to anyone paying attention to our ever-consolidating media landscape, lorded over by an oligarchy of just four families.

If you’ve not seen it, ‘Succession’ is a sort of Shakespearean stew of palace intrigue set in the uber-wealthy and powerful world of monopolized media’s master class. It’s kind of what you’d get if you tossed King Lear, Richard III, Macbeth and Hamlet into a witch’s brew with the Murdoch, Redstone, Cox, and Roberts families that control most of America’s media market.

The Roy family of ‘Succession’, with patriarch Logan and sons Kendall, Roman, and Connor, and daughter Siobhan, is most often likened to the media mogul Murdoch family.

The 80-year-old Logan, played with scowling ferocity by the inimitable Brian Cox, is reminiscent of Rupert Murdoch’s combative and domineering leadership of NewsCorp. Logan’s sprawling media conglomerate Waystar RoyCo and its conservative cable news channels certainly bear a resemblance to the star-spangled simp-fest of Fox News.

Logan’s dueling sons Kendall, exquisitely portrayed by Jeremy Strong, and Roman, a fantastic Kieran Culkin, also bear some similarities to Murdoch’s sons, James and Lachlan, as does their internecine warfare to find favor with – or advantage over – their powerful father.

The scandal that befalls Waystar RoyCo, with accusations of sexual misconduct and the like, is also eerily familiar after the tawdry accusations that knee-capped Fox News’ leader Roger Ailes and star anchor Bill O’Reilly.

But the Murdochs aren’t the only family dynasty running a media empire for ‘Succession’ to emulate. Another is the Redstone family, long led by Sumner Redstone, who died in 2020.

Sumner’s media empire of Viacom/CBS/Paramount certainly resembled Waystar, and his personal life was akin to Logan Roy’s too, littered with adultery, charges of cruelty, and failed relationships with women.

The most striking resemblance between Logan Roy and Sumner Redstone though, is that they both have/had ambitious daughters. Logan’s daughter Siobhan, gloriously portrayed by the beguiling Sarah Snook, is making a calculated bid for the family throne – similar to Sumner’s daughter Shari, who battled with her father over control of the family business and ultimately took over his vast empire after his death.

Sumner’s son Brent, who in Roy-esque fashion sued his father and sister Shari, and was eventually bought out after he was removed from the board of Viacom’s parent company National Amusements.

Besides the Murdochs and the Redstones, the Cox and Roberts families are also ‘Succession’-like dynasties whose family business is a media empire.

Kennedy eventually took over the massive company from his aunt at the age of 41, and while the aristocratic Cox family isn’t as prone to paparazzi or media prying as the Redstones and Murdochs, it’s just as powerful.

The same is true of the Roberts family, which founded and runs mammoth telecommunications conglomerate Comcast. Billionaire Brian L. Roberts took over Comcast at the tender age of 31 from his father Ralph and now runs the media monster that includes NBCUniversal.

Brian’s ascent to corporate power was swift, but despite his siblings having no interest in the family business, he still solidified his powerful position as CEO and chairman by pulling up the drawbridge and literally having his leadership written into Comcast’s articles of incorporation. There will be no sibling coup d’etat at Comcast.

Having just four families be the movers, shakers, and opinion makers controlling so much of America’s media, managing the discourse, manufacturing consent, and silencing dissent, is detrimental to democracy, if not terminal to the republic.

These aristocrats and oligarchs, despite their pretentious and vacuous displays of philanthropy, are spoiled and sadistic monsters who only care about preserving the status quo in order to perpetuate their egregious wealth and power.

Ultimately, we can turn off ‘Succession’and walk away from its spectacle of egregious privilege and dramatic display of family intrigue but, unfortunately, reality is just a less entertaining and more depressing version of the same insidious disease.

I love ‘Succession’; I just wish it was total fantasy, and not a terrifyingly real glimpse of the four oligarchical families manipulating our minds through their mendacious media machines.