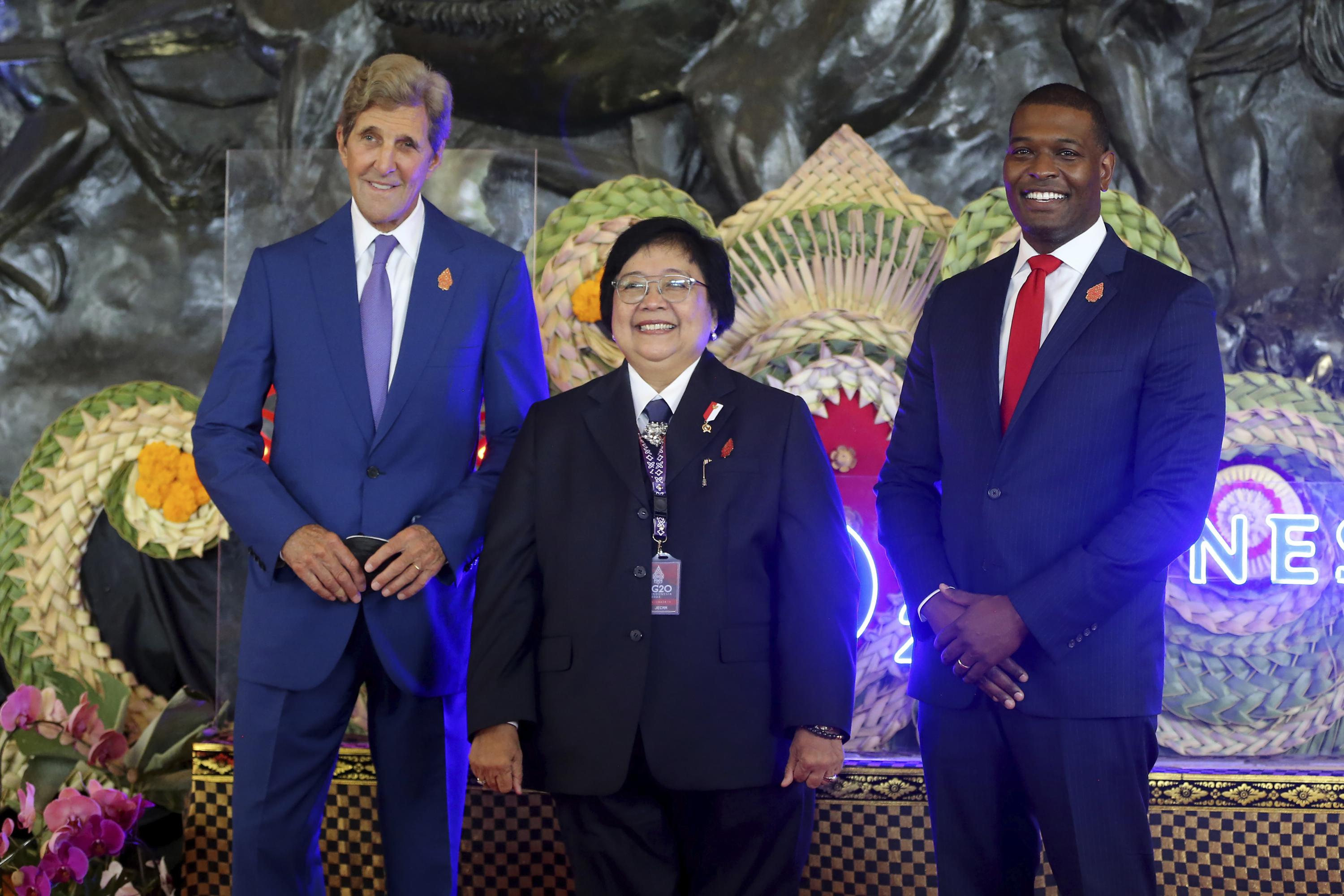 Environment officials from the Group of 20 leading rich and developing nations met Wednesday on Indonesia’s resort island of Bali for talks on climate action and the global impact of the war in Ukraine, with Indonesia’s environment minister saying the world is already facing a climate crisis.
They discussed the implementation of each G-20 nation’s contribution to fighting climate change and synchronizing targets among developing and developed countries, Indonesian environment minister Siti Nurbaya said after the meeting.

She said it produced a joint agreement with three priority issues — a sustainable economic recovery, land-based and ocean-based climate action, and resource mobilization to accelerate environmental protection — to help realize the Paris agreement on climate change.

“We are actually in a climate crisis position, no longer just climate change,” Nurbaya said. “We must work even faster to bring the global temperatures down as low as possible.”

She opened the meeting by urging fellow environment ministers to make the Paris agreement work, as the only way to effectively coordinate efforts to tackle global challenges.

“Environmental multilateralism is the only mechanism where all countries, regardless of their size and wealth, stand on equal footing and equal treatment,” Nurbaya said. “The voices of all countries, North and South, developed and developing, must be heard.”

Indonesia, the holder of this year’s G-20 presidency, is committed to reducing its greenhouse gas emissions by 41% with international assistance by 2030, or by 29% independently.

U.S. climate envoy John Kerry was among 17 environment ministers and climate officials, in addition to over 300 delegates, attending the talks in person. Officials from China, Russia and Argentina joined the meeting virtually.

Nurbaya said reaching mutual agreement is not easy, as each country has its own values and interests.

Italian climate envoy Alessandro Modiano said the war is having grave consequences on the environment, on food and energy security, on pandemic recovery efforts and on pursuing sustainable development goals.

including the prevention of biodiversity loss. They pledged to achieve the Paris agreement through a range of fiscal, market and regulatory mechanisms.

However, implementing their commitment will be challenging, Nurbaya said.

In recent years, signs of climate change have become glaring, including in Indonesia, the world’s largest archipelago nation with more than 17,000 islands. Environment watchdog Indonesian Forum for the Environment has predicted that climate-related hydro-meteorological disasters in Indonesia will increase 7% this year.

Despite the worsening impact of climate change, financing for the coal industry continues to accelerate in Indonesia. Between 2014 and 2019, bank loans for coal-fired power plants reached $19.4 billion, involving a number of state-owned banks, according to government data.

Indonesia, Southeast Asia’s largest economy, is a key exporter of coal, palm oil and minerals amid a global shortage in commodities after Russia’s invasion of Ukraine. Coal exports increased to record levels in March after a brief ban on shipments early this year to secure domestic supplies.

Members of the G-20 account for about 80% of the world’s economic output, two-thirds of the world’s population and an estimated 80% of global greenhouse gas emissions.