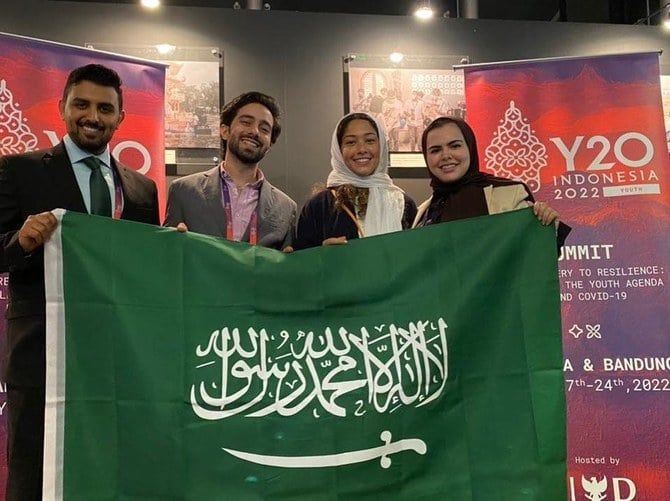 From tech to the environment, Saudi Y20 delegates put youth concerns on the G20 agenda

As heads of state gathered to discuss global health architecture, sustainable energy transition, and digital transformation at ​​the 17th Group of 20 Summit in Bali, Saudi youth (Y20) delegates were proposing actionable policies related to the topics on behalf of future generations.

Under the title “Recover Together, Recover Stronger,” Y20 attendees addressed some of the challenges brought about by the coronavirus pandemic with a focus on the four issues of maintaining a sustainable and liveable planet, youth employment, digitization, and diversity and inclusion.

With more than two-thirds of the Kingdom’s population under the age of 35, the Y20 grouping plays a crucial role in placing local community concerns on a global platform. 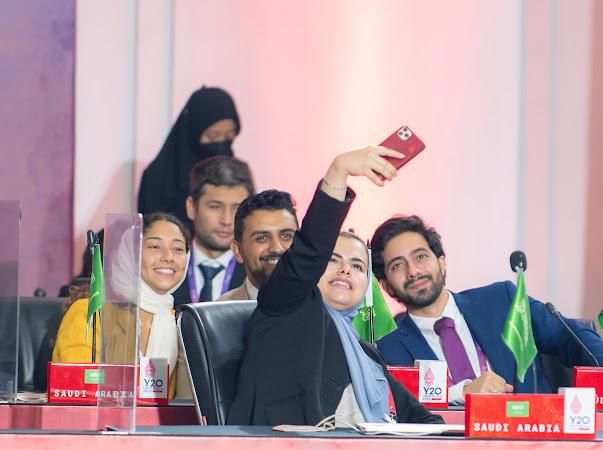 Saudi youth (Y20) delegates take a selfie.
Saudi sustainable and liveable planet delegate, Raghad Fathaddin, told Arab News: “It’s such a strategic and good place to be in. It’s investable. The only way forward, and to achieve the sustainable development goals based out of Vision 2030, is to have the youth part of the conversation. We are the conversation.”

Saudi Arabia has been making great strides in the environmental sustainability sector, becoming a catalyst in bolstering economic growth and reform with key strategies such as the Saudi and Middle East green initiatives, and its recently announced target of reaching net-zero carbon dioxide emissions by 2060.

Fathaddin said: “The challenges we’re facing today require a fresh perspective, energy, fast action, and agility, and we’re very lucky that the majority of the population is youth.” 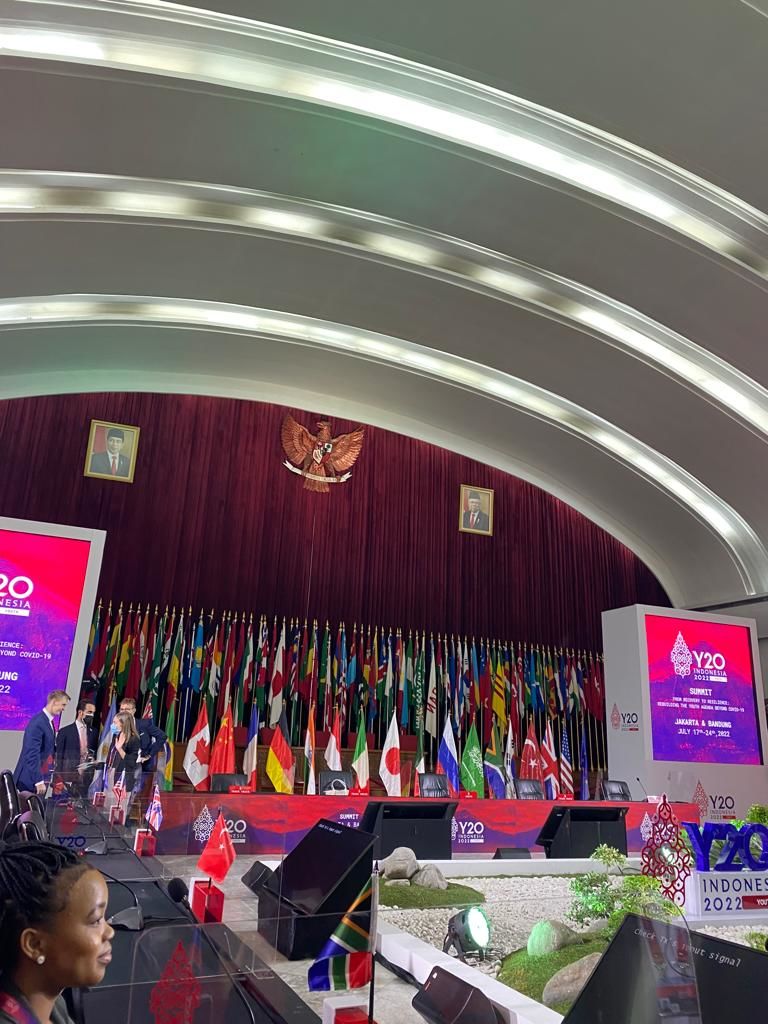 As well as being an entrepreneur and leader in the sustainability industry, Fathaddin is the founder and chief executive officer of the Sangha Estidama Hub platform and an internationally certified holistic health and well-being coach.

She is an advocate for Saudi youth, future leaders, and creating a sustainable and liveable global environment through actionable policies.

Representing the other three tracks at the Y20 were Yusr Al-Otaibi for diversity and inclusion, Abdulmajid Alrefaie for digital infrastructure, and Saeed Bazroon for youth employment.

Digital well-being was a major discussion point during digital infrastructure talks. It was one of the initiatives highlighted by Saudi Arabia at a summit on the subject hosted by the King Abdulaziz Center for World Culture, in Dhahran, earlier this year, and the Kingdom is expected to become the fastest-growing digital health market in the Gulf Cooperation Council region.

The cohort proposed an inclusive, cross-jurisdictional strategy on a digital-by-design government to become more proactive and technology-based.

The communique also highlighted the importance of fair and sustainable employment for youth, homing in on expanding digital access to academic resources, ensuring robust policies against work discrimination, and affirming internet access as a fundamental right for all workers. 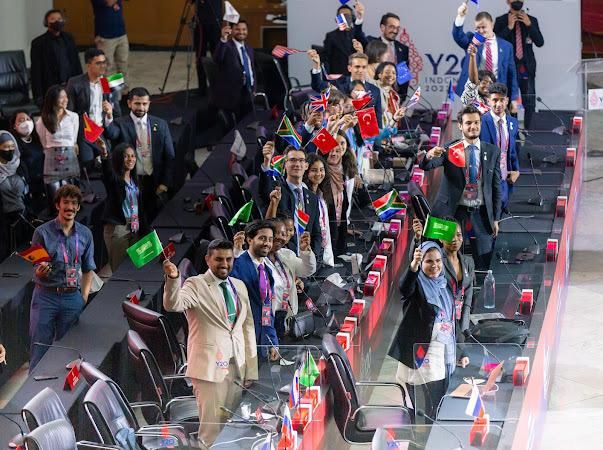 Youth (Y20) delegates wave the flags of their countries.

A leader in the education sector, Al-Otaibi is vice president of AlYusr Holding, a Saudi investor in international education to more than 6,000 students in the west of the Kingdom. As a member of the Young Arab Leaders organization, she is committed to youth empowerment and placing the country on a global stage by pursuing her aim to overcome existing and emerging inequalities.

She told Arab News: “I think being a global citizen is very important. Being aware of who you are, your identity, where you sit in the world, and how you play a role around it, even if it’s within your household, between your school friends, or in your community — it doesn’t matter as long as the younger person is taking the lead within themselves.”

The youth forum is a considerable platform to provide a voice to younger generations globally, shaping the policies around their future, present, and respective communities.

Al-Otaibi noted that the Kingdom being among the top 20 leading economies in the world, provided young Saudis with a powerful voice.

She said: “Youth are important not only because they are the people who are going to be there in the future, but also because we tend to be resilient, adapt easier, and learn faster.

“All of these factors make us capable of making change when it’s needed and to make our communities better and solve the problems that we’re facing around the world today.”

After gaining a degree in international politics and law, in London, Al-Otaibi decided to get involved in policymaking as a young changemaker.

The term youth has been defined in many ways throughout history, but with social sciences and development studies, the youth today are categorized roughly as individuals in their teens and up to late 30s.

“We’re very thankful and grateful to the Misk Foundation (established by Crown Prince Mohammed bin Salman) for the work it does to empower youth generally around the Kingdom, not only in international representation,” Al-Otaibi added.

While Vision 2030 has made it a core initiative to provide working opportunities for both men and women, Al-Otaibi pointed out that diversity went beyond gender. 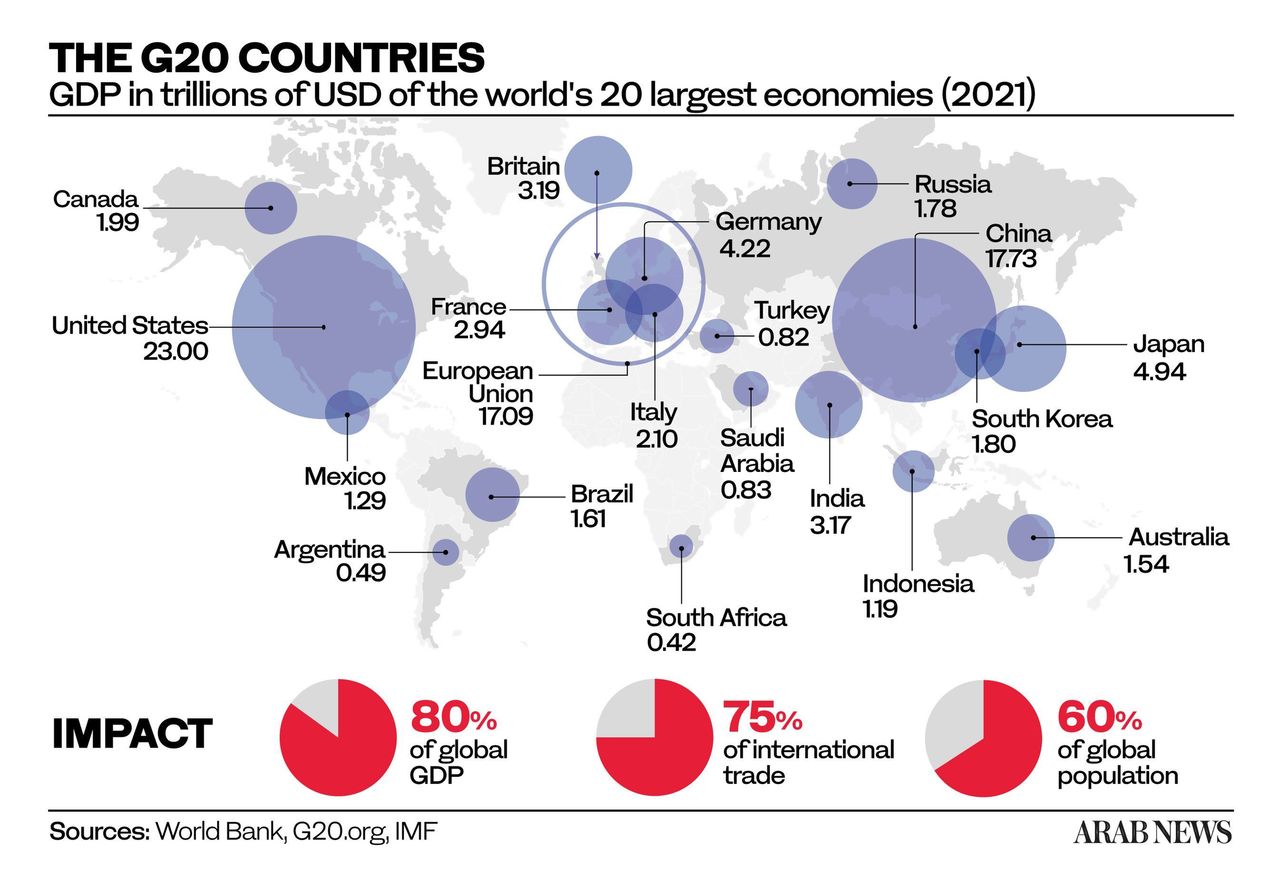 The proposed communique has now been forwarded to the leaders of the G20 Summit, acting as a call to action to address modern issues faced by younger communities globally.

“Our role now is to advocate for these in our societies, in our communities, and push them forward to the G20. So hopefully, the leaders will take charge of them as well,” Al-Otaibi added.

Fathaddin said: “The whole population should be represented and have a voice, not only to influence policy, but it’s also a great way for the government to know what people are thinking and what their needs are so, if there’s a gap in their knowledge, we know and can educate that. So, it’s just an open communication at times.”

She noted that while contributing to a global platform allowed representatives to champion the future of youth economies, creating tangible change often required grassroots efforts to sustain itself, which was where members of the public came in.

“How can you achieve the common objectives or policies that we’ve put into place? For a sustainable and liveable planet, how can we live on a healthier planet by being healthier beings?

“By doing things better — the way we consume, the way we produce, think, interact, everything. It’s a different mindset that we’re calling for.

“Creating change isn’t a burden. Creating change is fun; it’s you being an artist and expressing yourself. If we just enjoy living more, the outcome of our manifestation would be so much better.

“The issue is internal: It’s investing in emotional intelligence, well-being, mental health, healing, and education. We need to revolutionize it,” Fathaddin added. 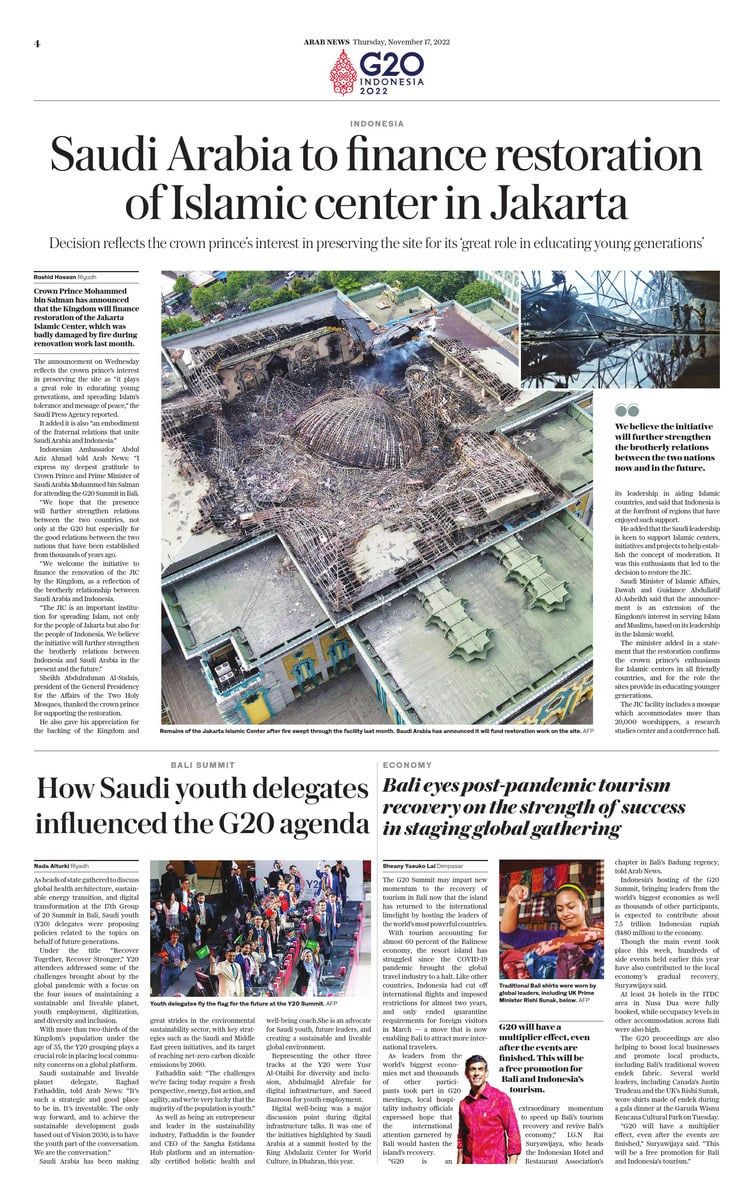