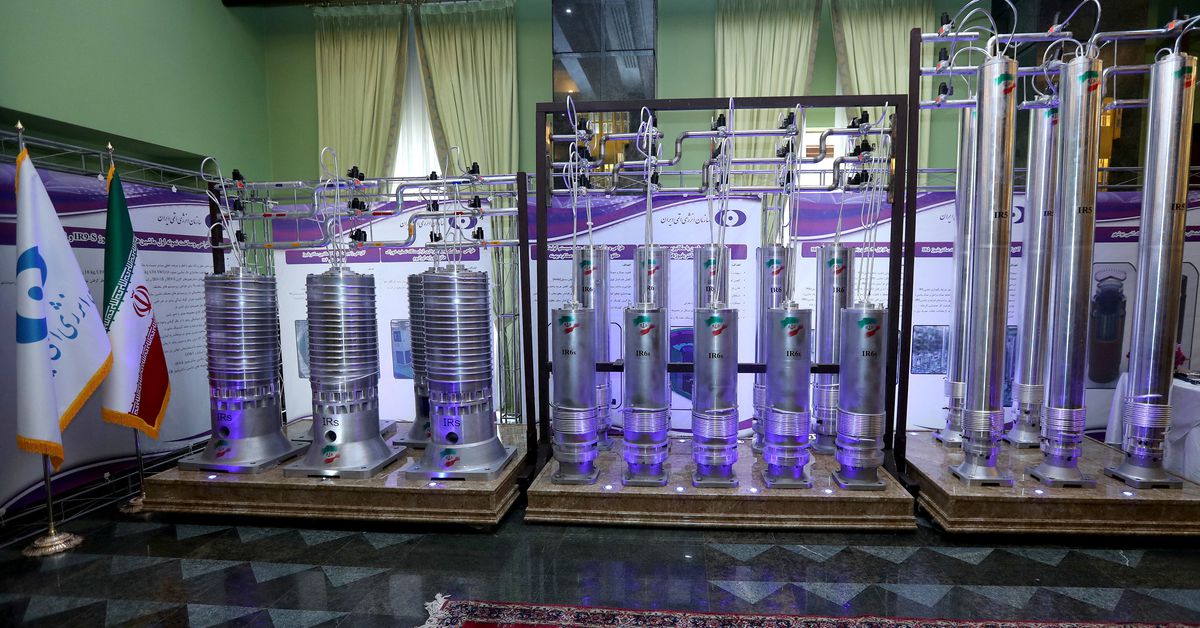 Iran has escalated its uranium enrichment further with the use of advanced machines at its underground Fordow plant in a setup that can more easily change between enrichment levels, the U.N. atomic watchdog said in a report on Saturday seen by Reuters.
Western diplomats have long expressed concern about devices this cascade, or cluster, of centrifuges is equipped with.

The use of these so-called modified sub-headers means Iran could switch more quickly and easily to enriching to higher purity levels.

While Iran is required to inform the International Atomic Energy Agency about such a switch, if it chose not to, it might escape detection for some time as there is currently a lag between Iran's enrichment and IAEA inspectors' verification of what is produced.

"On 7 July 2022, Iran informed the Agency that, on the same day, it had begun feeding the aforementioned cascade with UF6 enriched up to 5% U-235," the confidential report to IAEA member states said.

UF6 refers to uranium hexafluoride gas which is fed into centrifuges to be enriched.

In a report on June 20 also seen by Reuters, the IAEA said that months after Iran informed it of its intention to use the cascade, Iran had begun feeding UF6 into it for passivation, a process that comes before enrichment.

The IAEA verified on July 6 that passivation had ended, Saturday's report said.

Iran is already enriching to up to 60% elsewhere, well above the up to 20% it produced before its 2015 deal with major powers that capped its enrichment level at 3.67% but still below the roughly 90% of weapons grade.

The move is the latest step of many to breach and move well beyond the restrictions which the 2015 deal imposed on Iran's nuclear activities. It comes as talks to revive that deal are at an impasse and Western powers have warned time is running out to reach an agreement.

The United States pulled out of the deal in 2018 under then-President Donald Trump, re-imposing sanctions against Tehran that the deal had lifted.