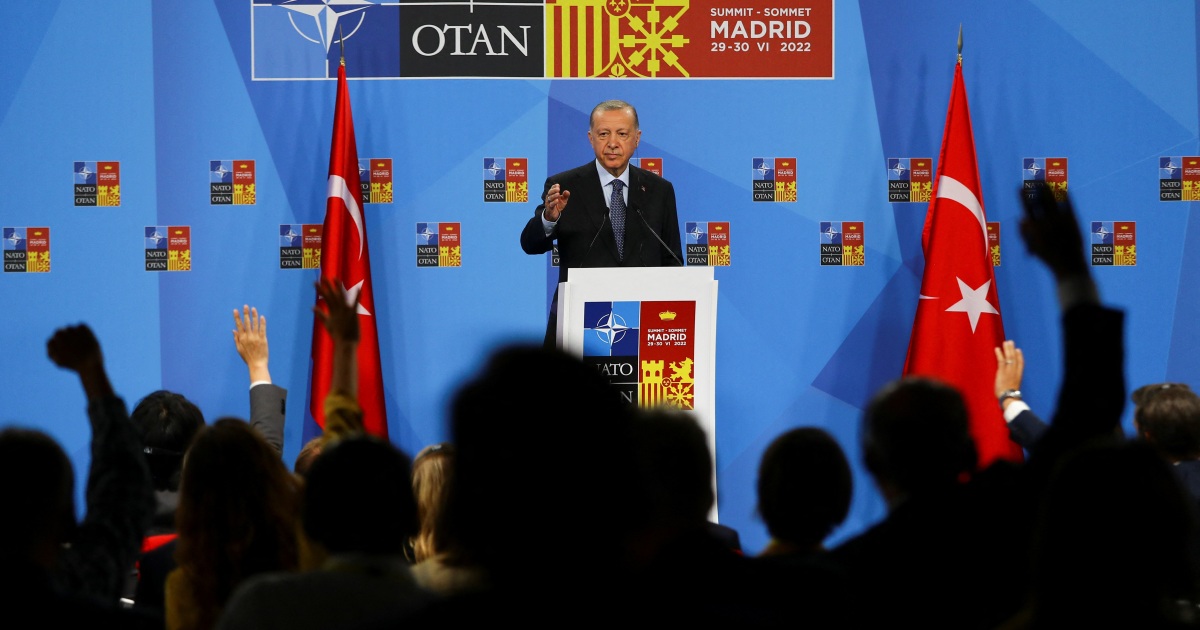 The Turkish leader says the deal is ‘a diplomatic victory’, but Sweden and Finland must first live up to their promises.

Turkish President Recep Tayyip Erdogan has said Finland and Sweden must keep their promises made to Turkey in a deal to lift its veto on their NATO membership bids or ratification will not be sent to the Turkish parliament.

Speaking at a news conference in Madrid at the end of a NATO summit on Thursday, Erdogan said the two Nordic countries must complete legislative changes regarding “terrorists” as soon as possible.

He also said Sweden had promised to extradite 73 individuals that he described as “terrorists” to Turkey as part of the agreement, although the memorandum of understanding did not have any explicit pledges for specific extraditions.

“The key thing is for promises to come true,” Erdogan said at the news conference.

“In the coming period, we will monitor the enforcement of the elements in the memorandum and will take our steps accordingly,” he said.

“First Sweden and Finland should carry out their duties and those are in the text … But if they don’t, of course it is out of the question for the ratification to be sent to our parliament,” he added.

Erdogan described the NATO deal with the two Nordic countries as “a diplomatic victory”, and emphasised that Sweden and Finland must now live up to their promises, including their pledge to fight “terrorism”.

“We have strongly emphasised the message that we expect genuine solidarity from our allies, not only in words but also in action,” Erdogan said.

Erdogan emerged from a meeting with Nordic leaders on Tuesday having secured a 10-point agreement under which the two countries pledged to join Turkey’s fight against banned armed groups.

According to the signed memorandum, Finland and Sweden pledged not to support Kurdish armed groups, the PKK and YPG, or the network of US-based Muslim scholar Fethullah Gulen, which Ankara says staged a 2016 coup attempt and which it labels a “terrorist” organisation with the acronym FETO. 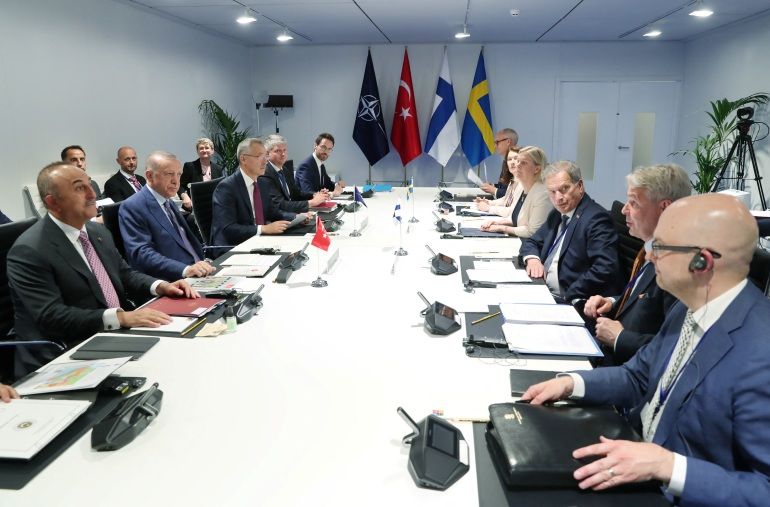 Implementation of the 10-point agreement would decide whether he would forward their NATO application to the Turkish parliament for ratification, Erdogan said.

Countries seeking to join the NATO alliance must have their membership applications approved by all member states, and ratified by the countries’ respective parliaments.

‘No losers in a just peace’

In the wake of Russia’s invasion of Ukraine, Sweden and Finland abandoned decades of military non-alignment and were formally invited into the NATO alliance at Wednesday’s summit in Madrid.

Swedish Prime Minister Magdalena Andersson said on Wednesday that Stockholm would continue to follow local and international laws in its extraditions, and that her country would not extradite Swedish citizens. Asked about the agreement with Turkey, Finnish leader Sauli Niinisto told reporters on Tuesday that his country had not been “presented any claims for now, as far as I know”.

The Turkish president also called on Thursday for intensified “diplomatic initiatives” to end the war in Ukraine, adding that there were “no losers in a just peace”.

Erdogan said Turkey was trying to pursue “a balanced policy” because of its heavy reliance on Russian energy imports.

Turkey has supplied Ukraine with armed drones and other weapons, but Erdogan also enjoys a close working relationship with Russian President Vladimir Putin.

“The support of our alliance to Ukraine is 100 percent and it’s complete. With that support we need to put forward a peace vision in order to stop the humanitarian crisis and the destruction once and for all,” he told reporters in Madrid.