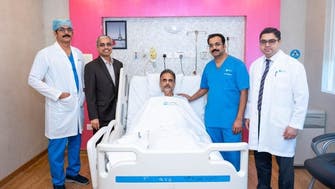 Surgeons at Abu Dhabi’s NMC Speciality Hospital have removed a tumor the size of a football from a man’s stomach in one of 2022’s biggest cancer surgeries at the hospital.

Yusuf Miya Ismail Ustad, a 60-year-old Indian living in Abu Dhabi, had been suffering from abdominal pains for half a year before visiting a doctor in late October this year.

He was then referred to tumor surgeon Dr Balaji Balasubramanian, a Surgical Oncologist at the same hospital who identified a “large mass occupying the whole right side of the abdomen.” 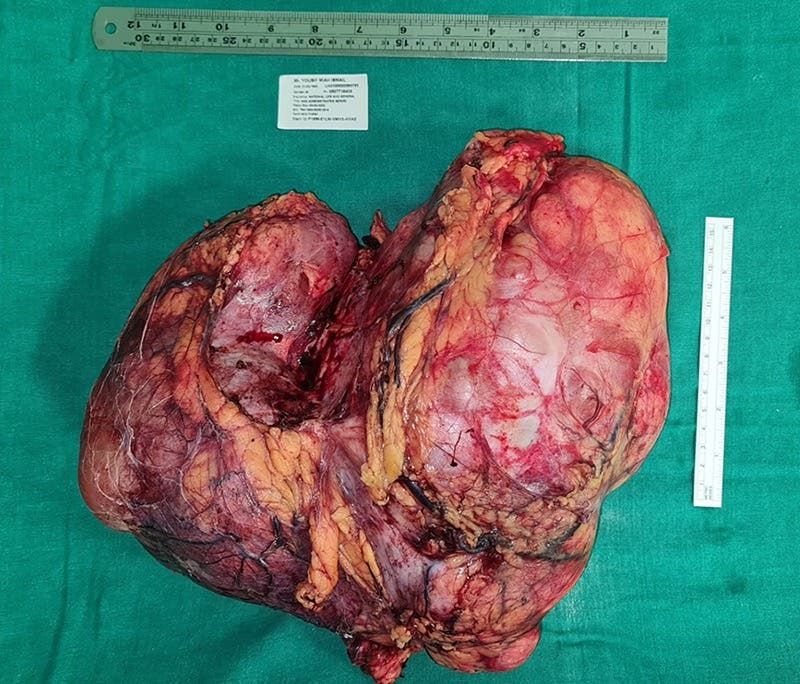 “After knowing the size of the tumor removed, I truly feel much fitter and healthier,” Ustad who had no previous underlying health conditions, told Al Arabiya English on Wednesday.

“Cancer is treatable and curable, and my family and I are profoundly thankful to the surgical and the nursing teams at NMC Specialty Hospital,” he added.

Ustad was diagnosed with a Liposarcoma – a rare soft tissue cancer which can snowball into huge sizes within months.

As well as having moved into a larger part of his stomach, the tumor extended from the undersurface of his liver to the right side of his stomach, Balasubramanian said, adding that it was also encasing the right kidney.

Ustad survived the surgery without any hiccups and was allowed back home in six days. Surgeons did not have to sacrifice anymore of his organs, although doctors say there is a 30 percent chance it could return.