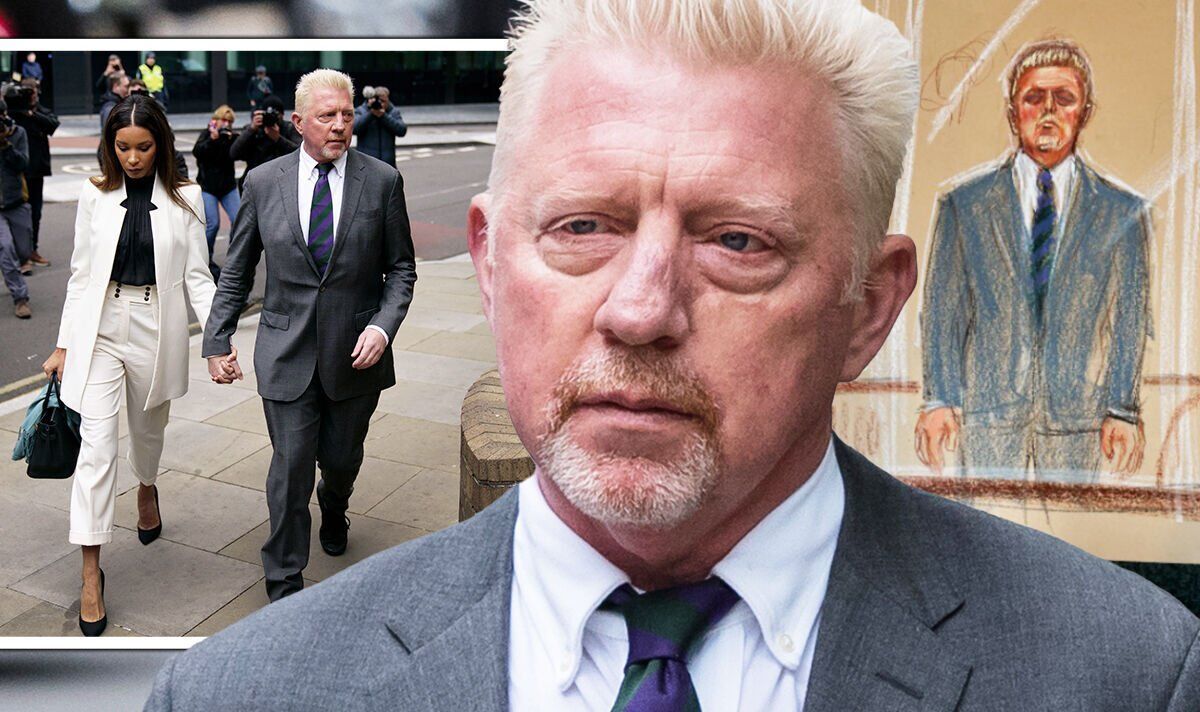 Former Wimbledon champion Boris Becker has been jailed for two and a half years for hiding £2.5m worth of assets and loans to avoid paying debts. 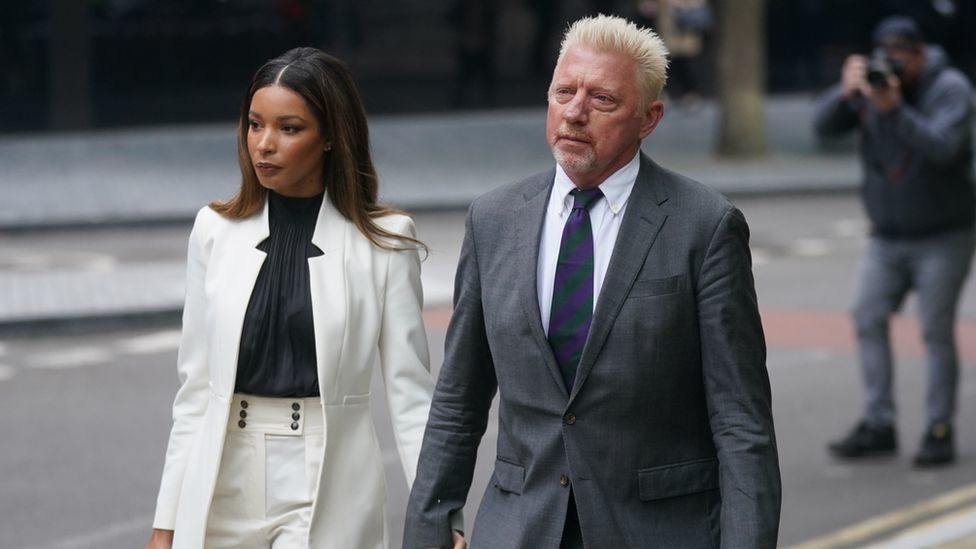 The 54-year-old six-time Grand Slam champion was found guilty of four charges under the Insolvency Act.

The case centred on Becker's bankruptcy in June 2017 resulting from an unpaid loan of more than £3m on his luxury estate in Mallorca, Spain.

Judge Deborah Taylor said he had shown no remorse or acceptance of guilt.

Referring to Becker's previous conviction for tax evasion in Germany in 2002, she told the former world number one: "You did not heed the warning you were given and the chance you were given by the suspended sentence and that is a significant aggravating factor...

"You have... sought to distance yourself from your offending and your bankruptcy.

"While I accept your humiliation as part of the proceedings, there has been no humility." 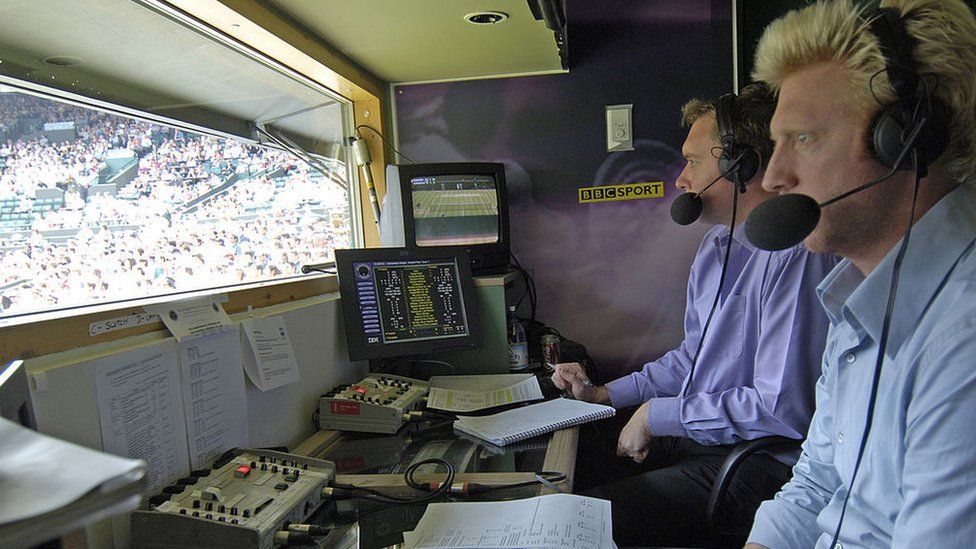 Boris Becker commentated at Wimbledon for the BBC

Becker was legally obliged to disclose all of his assets so that his trustee could distribute available funds to his creditors, to whom he owed nearly £50m when he was declared bankrupt.

They acquitted him on a further 20 charges, including nine counts of failing to hand over his tennis trophies and medals, including two from Wimbledon.

Prosecutor Rebecca Chalkley said the jury had found the Wimbledon commentator had acted "deliberately and dishonestly".

She added: "Even now, Mr Becker is still seeking to blame others when it was obviously his duty."

The jury found Becker had failed to declare his share in a sprawling £1m property in his German hometown of Leimen, and hid a bank loan of almost £700,000 on that house, as well as shares in a technology firm valued at £66,000.

He was also found to have made £390,000 worth of payments from his business account to nine others, including those of his ex-wife Barbara and estranged wife Sharlely "Lilly" Becker.

Becker's barrister Jonathan Laidlaw QC told the court the tennis star's "fall from grace" had left "his reputation in tatters".

He said: "Boris Becker has literally nothing and there is also nothing to show for what was the most glittering of sporting careers and that is correctly termed as nothing short of a tragedy.

"These proceedings have destroyed his career entirely and ruined any further prospect of earning an income."

Becker will serve half his sentence on licence.

Who is Boris Becker? 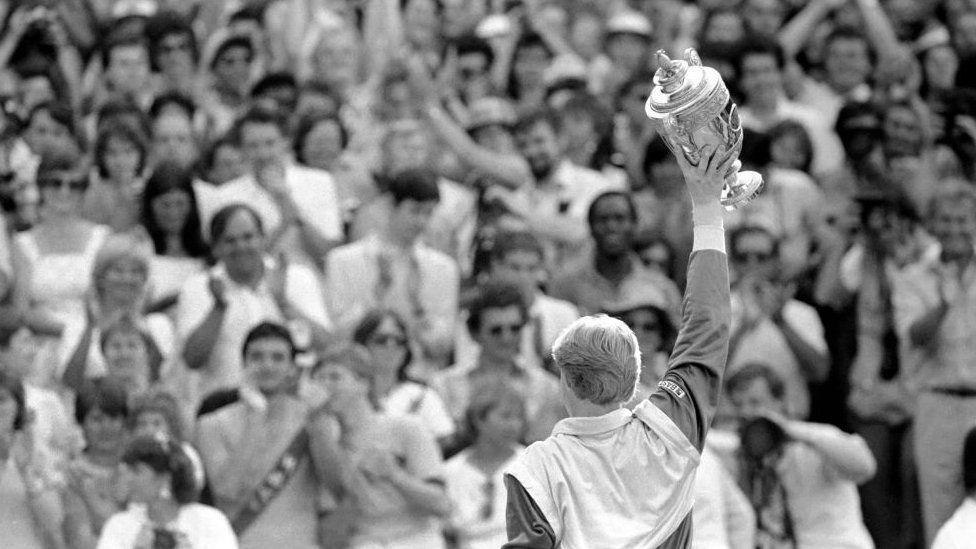 Boris Becker was the youngest man to win Wimbledon in 1985

Boris Becker was catapulted to stardom, aged 17, in 1985 when he became the youngest singles male player to win the Wimbledon Championships.

He went on to win a further two Wimbledon titles, two Australian Opens and one US Open. He also won a gold medal at the Olympics in doubles.

He retired from tennis in 1999, and has since commentated at Wimbledon for the BBC.

In 2013, Mr Becker turned his hand to coaching, working with one of the world's greatest, Novak Djokovic. In their three years together, Djokovic won six Grand Slam titles.

He was also involved in overseeing youth development and the Davis Cup team at the German Tennis Federation until stepping down in 2020.

The father-of-four has lived in London since 2012. 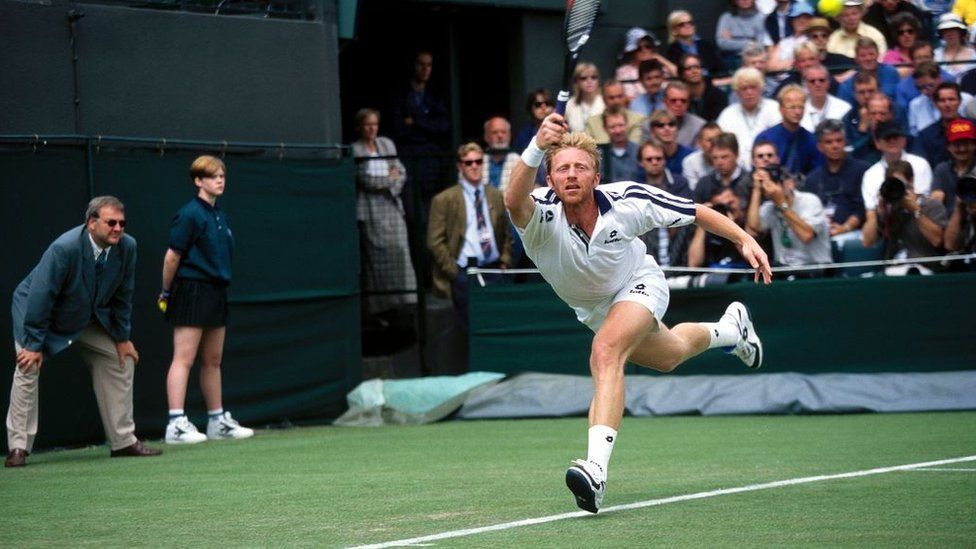 Becker had told the jury his career earnings of $50m (about £38 million) were spent on an expensive divorce from his first wife in 2001, child maintenance payments, and "expensive lifestyle commitments", including his £22,000-a-month rented house in Wimbledon, south-west London.

The trial also revealed Becker's taste for designer clothes, shopping in Harrods and that he was spending thousands on his children's school fees. He said his income had "reduced dramatically" following his retirement in 1999.

The prosecution against Becker was brought by the Insolvency Service on behalf of the Secretary of State for Business, Energy and Industrial Strategy Kwasi Kwarteng.

Speaking after the sentencing, its chief executive Dean Beale said: "Boris Becker's sentence clearly demonstrates that concealing assets in bankruptcy is a serious offence for which we will prosecute and bring offenders to justice."

BBC tennis correspondent Russell Fuller said after serving his time, the former world number one would probably rebuild his career by making a return to coaching and TV commentating.

He said: "Those memories will last, but at the same time this is hugely embarrassing for him... it's prison time and it will follow him and stay with him."