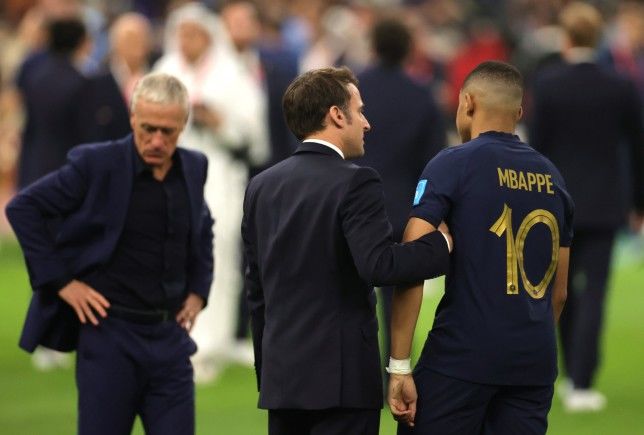 Macron tried to put an arm around the French striker after the final whistle as he joined other players on the pitch.

But the cameras caught the moment when Mbappe shrugged off the president, and it looked like it was the last person he wanted to see. 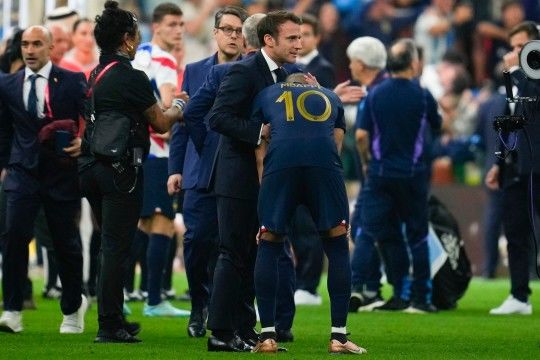 The president tried to console Mbappe 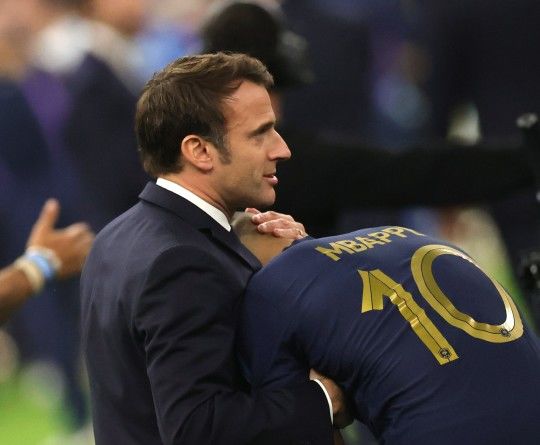 Mbappe was in tears after France lost in the final
Twitter users were quick to mock Macron despite him trying to lend a shoulder to the world class striker.

Arthur Currie said: ‘Mbappe wanted none of that’ and another Twitter used said: ‘macron get your hands off mbappe you demon.’

Mbappe scored a hat-trick in the final as France lost on penalties to Argentina.