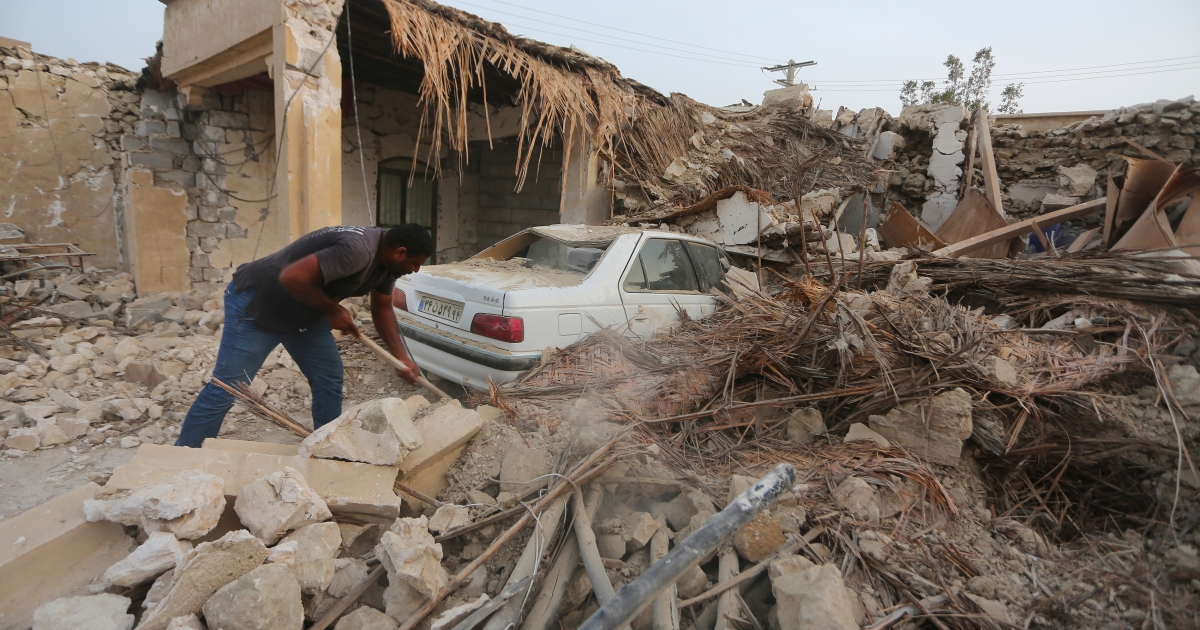 At least 5 killed in magnitude 6.1 earthquake in southern Iran

At least five people killed and dozens injured in the quake, with the area also hit soon afterwards by two strong quakes of up to magnitude 6.3.

At least five people have died and dozens of others injured after at least three earthquakes with a preliminary magnitude of more than six hit the province of Hormozgan in southern Iran.

Two of the strongest shocks were registered at magnitude 6.3, but the one that inflicted all the casualties is thought to be an initial magnitude 6.1 quake at a depth of about 10km (6.2 miles) below the surface that hit in the early hours of Saturday.

“All of the victims died in the first earthquake and no one was harmed in the next two severe quakes as people were already outside their homes,” local official Foad Moradzadeh was quoted as saying by the state news agency IRNA.

At least 30 aftershocks were felt in villages and towns near Bandar Abbas, local officials said, adding that tremors were also felt in the neighbouring United Arab Emirates.

The quakes sent thousands of people into the streets, where they spent the rest of the night. Many people are still staying in tents that local authorities and emergency services have set up.

Yaqoub Soleimani, the secretary general of the local Red Crescent emergency aid service, told Iranian state media the search and rescue operations have concluded and no more casualties are expected.

He said setting up cooling systems for those affected by the tremors is a challenge as local temperatures reach as high as 45 degrees Celsius.

Iran’s southern provinces have recently seen several powerful earthquakes, but casualties and damages have been limited. The state TV said 150 quakes and tremors had struck western Hormozgan over the past month.

Two powerful quakes hit an area near the island of Qeshm, close to Bandar Abbas, in November last year, leaving one person dead.

In April last year, a magnitude 5.9 earthquake hit Bushehr, where a major nuclear power plant is located, but it did not cause much damage.

In southeastern Iran’s Kerman province, a 6.6 magnitude earthquake killed more than 31,000 people and flattened the ancient city of Bam in 2003.