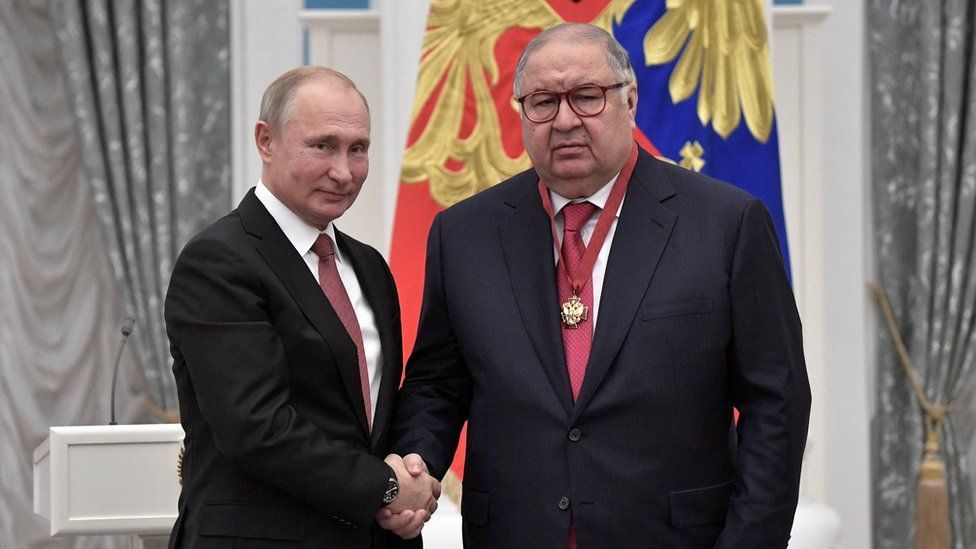 A Russian billionaire sanctioned by the UK says he no longer owns many former properties, potentially putting them beyond the reach of the law.

This raises questions over the effectiveness of sanctions imposed since the invasion of Ukraine began.

On 3 March, seven days after Russia’s invasion of Ukraine, Alisher Usmanov was added to the list of sanctioned Russian businessmen.

His assets were frozen, he was banned from visiting the UK, and British citizens and businesses were banned from dealing with him.

Foreign Secretary Liz Truss said: “We will hit oligarchs and individuals closely associated with the Putin regime and his barbarous war.”

The government said sanctions would cut him off from “significant UK interests including mansions worth tens of millions”.

But this is now in doubt because Mr Usmanov’s spokesman says he is no longer the legal owner of many of those assets. 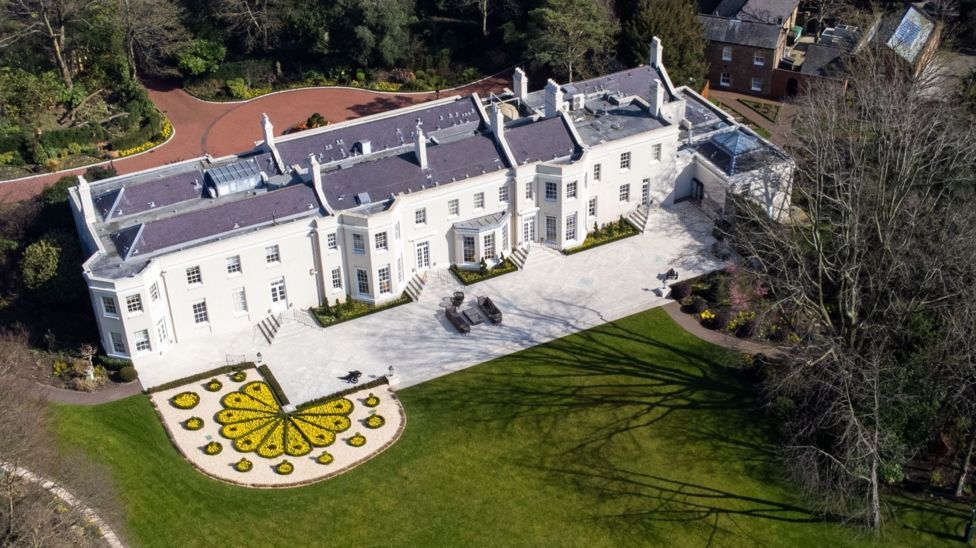 His wealth has been estimated at $18.4bn (£14bn), including "Beechwood House in Highgate… and the 16th Century Sutton Place estate in Surrey”, the UK government said.

BBC research estimates that Beechwood House could now be worth about £82m.

But a spokesman for Mr Usmanov said that most of the billionaire’s UK property, as well as his yacht, had already been “transferred into irrevocable trusts”.

Those are trusts which cannot usually be amended, modified, or revoked after they’re created.

When the assets were transferred, Mr Usmanov no longer owned them, his spokesman said. “Nor was he able to manage them or deal with their sale, but could only use them on a rental basis.”

“Mr Usmanov withdrew from the beneficiaries of the trusts, donating his beneficial rights to his family," he said.

The spokesman was answering questions about Mr Usmanov’s wealth put to him as part of an investigation into the assets of 35 oligarchs close to Putin.

The Russian Asset Tracker is a global partnership involving 27 media organisations including the Guardian, the Organized Crime and Corruption Reporting Project (OCCRP) and BBC Panorama.

The project identified $3.4bn (£2.6bn) worth of specific assets which it says belong to Mr Usmanov.

But if Mr Usmanov is not the beneficial owner of much of this property, it could be beyond the reach of UK sanctions. And the same could be true for other oligarchs.

According to lawyer and sanctions expert Michael O’Kane, “it’s very common for high net worth individuals… to structure both their commercial enterprises and their personal wealth in a way that gives them maximum tax efficiency. Quite often that results in structures whereby they release ownership and control in return for more tax efficiency.”

“In order for an entity to be designated under sanctions it needs to be owned or controlled by a sanctioned person. The more opaque and complex the structures of ownership the more difficult that is to establish.” 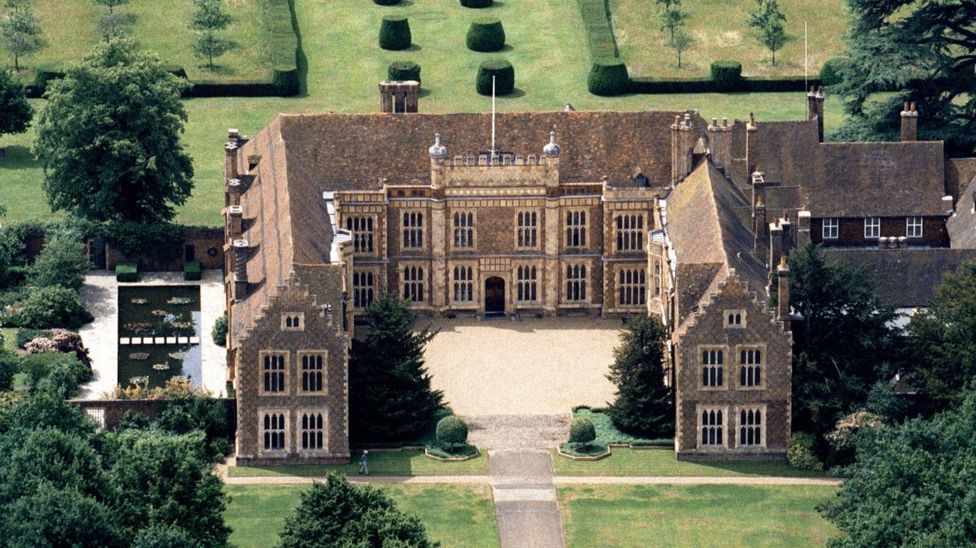 Tracing the ownership of the two houses targeted by the UK government is extremely difficult. They have been held through a complex web of trusts and companies registered in places like the British Virgin Islands, which have until recently not required the ultimate owner to be disclosed. This illustrates the difficulty investigators will have in working out which assets should be subject to sanctions.

Despite offshore secrecy the BBC has been able to identify two trusts that have owned the properties, and the involvement of one of Mr Usmanov’s closest business associates. 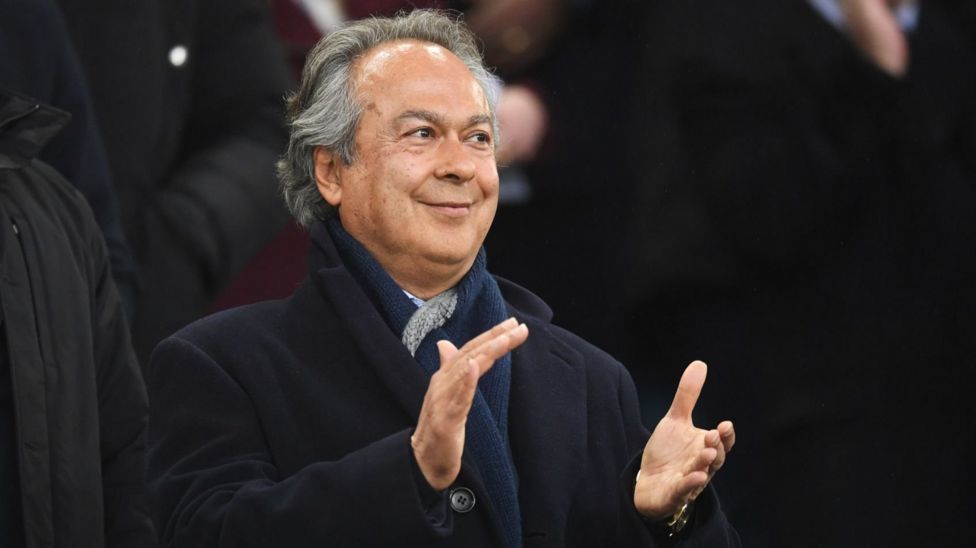 They involve a long-time associate of Mr Usmanov, Farhad Moshiri, the owner of Everton football club, who is not subject to sanctions. He’s a shareholder in Mr Usmanov’s company USM, which sponsored Everton until the club terminated the relationship in the wake of the Ukraine invasion.

Leaked documents obtained by the International Consortium of Investigative Journalists and other corporate records show Mr Moshiri was the shareholder of a company in the British Virgin Islands called Coney Holdings Limited.

Until 2014 it owned the shares of the corporate trustees of the Sutton Place Property Unit Trust, which owns the Surrey Mansion, drawing a direct link between Mr Moshiri and the house.

After Sutton Place Property Unit Trust was set up in 2005, Mr Usmanov was given a £6m loan facility secured against the trust.

Mr Usmanov was also the beneficiary of the Pauillac Trust, the owner of Hanley Limited, the Isle of Man company that owns Beechwood, the other property targeted by the government.

Once again, Mr Moshiri was involved, this time as a director of Pauillac Properties Limited, a company owned by the trust, that held shares in Hanley Limited.

Mr Usmanov declined to respond to questions about his relationship with the two trusts, or whether he had ceased to have a beneficial interest in them. While the evidence confirms he was once involved, exactly who stands behind the two trusts now, and therefore owns the properties, is a mystery.

A spokesman for Mr Moshiri told the BBC that he “ceased to be a director of Pauillac in 2016” and that Mr Moshiri “has never been nor is he now involved in the management and/or control of the Sutton Place Property Unit Trust”.

In relation to USM, Mr Moshiri's spokesman said he had sold 50% of his stake in the company but is prevented from selling the rest by the Russian government. He has resigned from the board. 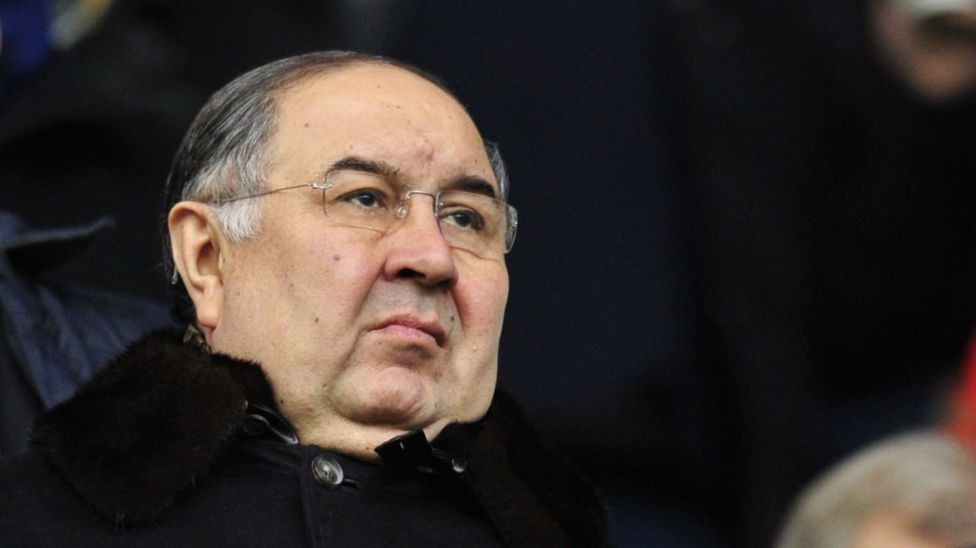 Mr Moshiri owns another property identified by our investigation.

In 2014 Russia invaded Crimea. In March that year Western sanctions targeting those closest to President Putin were imposed, and calls were made for Mr Usmanov’s UK assets to be frozen.

A month later shares in the company that owned the property, Oakhill Avenue Limited, were transferred to a company owned by Mr Moshiri, for what his spokesman said was "north of £18m."

He told the BBC Oakhill Avenue "is 100% owned by Mr Moshiri and has been since 2014 when Mr Moshiri acquired the house."

He said “Neither Mr Usmanov, nor any entities related to him, have any current connection to the house or indeed the company that owns the house.”

But that’s not the only property Mr Moshiri obtained from Mr Usmanov.

In 2004 Mr Usmanov had bought another property in north London for £2 million.

Five years later the property, on Tercelet Terrace in Hampstead, was transferred to Mr Moshiri “not for money”.

In June 2010, it was transferred, again “not for money”, this time to Mr Moshiri’s sister.

It’s not the first time Mr Moshiri has faced questions over his complex financial relationship with Mr Usmanov, such as his investments in Arsenal and Everton FC. 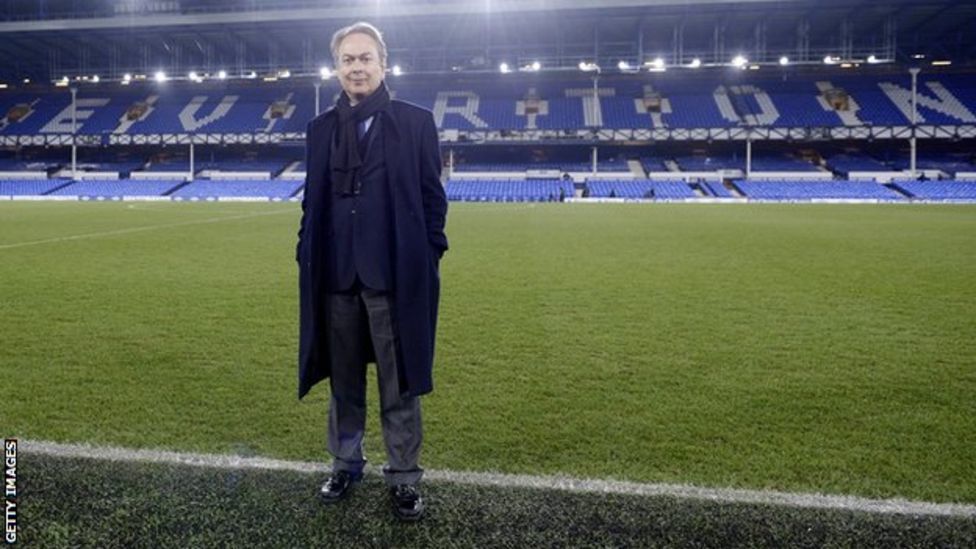 Asked why Mr Usmanov had handed the property to Mr Moshiri “not for money” Mr Moshiri’s spokesman declined to comment.

‘One arm tied behind its back’

The use of offshore entities makes it hard for governments to build a clear picture of what someone they have sanctioned actually owns.

“Britain’s offshore financial centres, such as the British Virgin Islands, have long been a destination of choice for Kremlin cronies and kleptocrats,” says Steve Goodrich, Head of Research and Investigations at Transparency International UK (TIUK).

“Complex networks of secretive shell companies in these jurisdictions means the UK government is attempting to enforce these sanctions with one arm tied behind its back.“

TIUK says the UK government should work with the Overseas Territories and Crown Dependencies to increase the pace of their own transparency reforms.

A spokesman for Mr Usmanov said that “to characterise the source of his money as ‘non-transparent’ is inherently incorrect and damages Mr Usmanov’s reputation as an honest entrepreneur and philanthropist.”

“The entirety of Mr Usmanov’s capital was built through successful, sometimes risky investments, as well as through the effective management of his assets.”

The government says its sanctions are having an impact with $250bn (£189bn) wiped off the Russian stock market.

“The sanctions against Alisher Usmanov were enacted with immediate effect” said a spokesperson for the Foreign Office. “It is now illegal for any person or company in the UK to do business with him.”