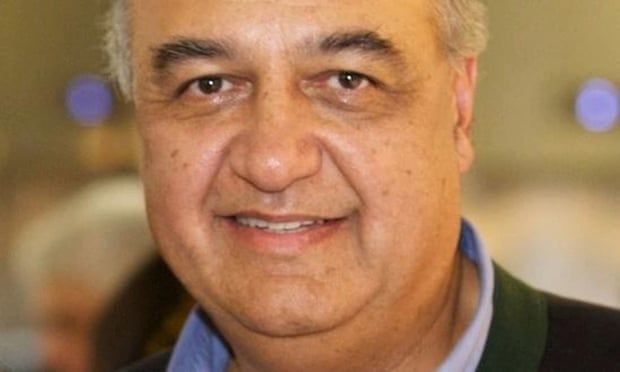 The Foreign Office insisted that the Iranians have told them that Tahbaz is only being returned to the prison to have an ankle tag installed and they expect to see him returned home in the coming hours.

The department made clear that anything but a return home in the coming hours would be considered a breach of the commitments made over his indefinite furlough. They added they were working with the Americans to secure his indefinite release.

Earlier, his family said he was taken from the family home in Tehran in a black car with three armed guards and his wife standing by in tears.

A distressed member of the Tahbaz family said “the furlough negotiated by the UK government with the Iranians was just a cover so the UK could free the other two British-Iranians, and then enjoy a victory lap”.

They insisted that Tahbaz, a conservationist sentenced to 10 years in jail in November 2019 for being in contact with the US, was the only British-born member of the group of three whose release was being negotiated.

The family member said “an armed guard was present in the family home, and the visit was first for 10 hours and then extended to 24 hours and finally to 48 hours. It was never a proper furlough, but a short family visit.”

Efforts by the British ambassador to Tehran to visit Tahbaz failed.

The exact understanding between the British Foreign Office and the Iranian government over the extent of his furlough was never revealed.

Liz Truss, the UK foreign secretary, made it clear in interviews that although she was seeking Tahbaz’s release along with that of Nazanin Zaghari-Ratcliffe and Anoosheh Ashoori, she was not prepared to make it a condition of the payment of a £400m debt to Iran that all three were released.

An earlier negotiation between the Iranians and the Foreign Office then led by the then foreign secretary, Dominic Raab, broke down in January 2021 when Tahbaz insisted his release should be part of the deal.

The Iranian government regards Tahbaz as an American – he has American, British and Iranian citizenship – so were resistant to him being part of any deal.
#Dominic Raab  #Raab