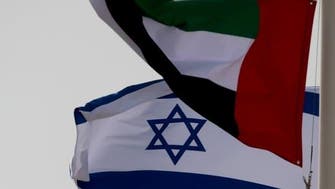 United Arab Emirates says it will teach Holocaust in schools

Listen to the article
0:00
0:00
The United Arab Emirates will begin teaching about the Holocaust in history classes in primary and secondary schools across the country, the country’s embassy in the US said.
The embassy provided no details on the curriculum and education authorities in the Emirates, a federation of seven sheikhdoms, on Monday did not acknowledge the announcement.

However, the announcement comes after the UAE normalized relations with Israel in 2020 as part of a deal brokered by the administration of President Donald Trump.

“In the wake of the historic Abraham Accords, (the UAE) will now include the Holocaust in the curriculum for primary and secondary schools,” the embassy said in a tweet, referring to the normalization deal that also saw Bahrain and ultimately Morocco also recognize Israel.

Ambassador Deborah E. Lipstadt, the US special envoy to monitor and combat antisemitism, praised the announcement in her own tweet.

“Holocaust education is an imperative for humanity and too many countries, for too long, continue to downplay the Shoah for political reasons,” Lipstadt wrote, using a Hebrew word for the Holocaust. “I commend the UAE for this step and expect others to follow suit soon.”

The announcement comes as a meeting of the Negev Forum Working Groups, which grew out of the normalization, began in Abu Dhabi on Monday. Officials from Bahrain, Egypt, Israel, Morocco, the UAE and the US are to attend. Egypt has diplomatically recognized Israel for decades.

In the Holocaust, Nazi Germany systematically killed 6 million European Jews during World War II. Israel, founded in 1948 as a haven for Jews in the wake of the Holocaust, grants automatic citizenship to anyone of Jewish descent.

Other Arab nations have refused to diplomatically recognize Israel over its decades-long occupation of land Palestinians want for their future state.

The announcement by the UAE also comes after the federation and other Arab nations condemned an ultranationalist Israeli Cabinet minister for visiting a flashpoint Jerusalem holy site last week, for the first time since Prime Minister Benjamin Netanyahu’s new far-right government took office.

The site, known to Jews as the Temple Mount and to Muslims as the Noble Sanctuary, is the holiest site in Judaism, home to the ancient biblical Temples. Today, it houses the al-Aqsa Mosque, the third-holiest site in Islam. Since Israel captured the site in 1967, Jews have been allowed to visit but not pray there.
#Donald Trump