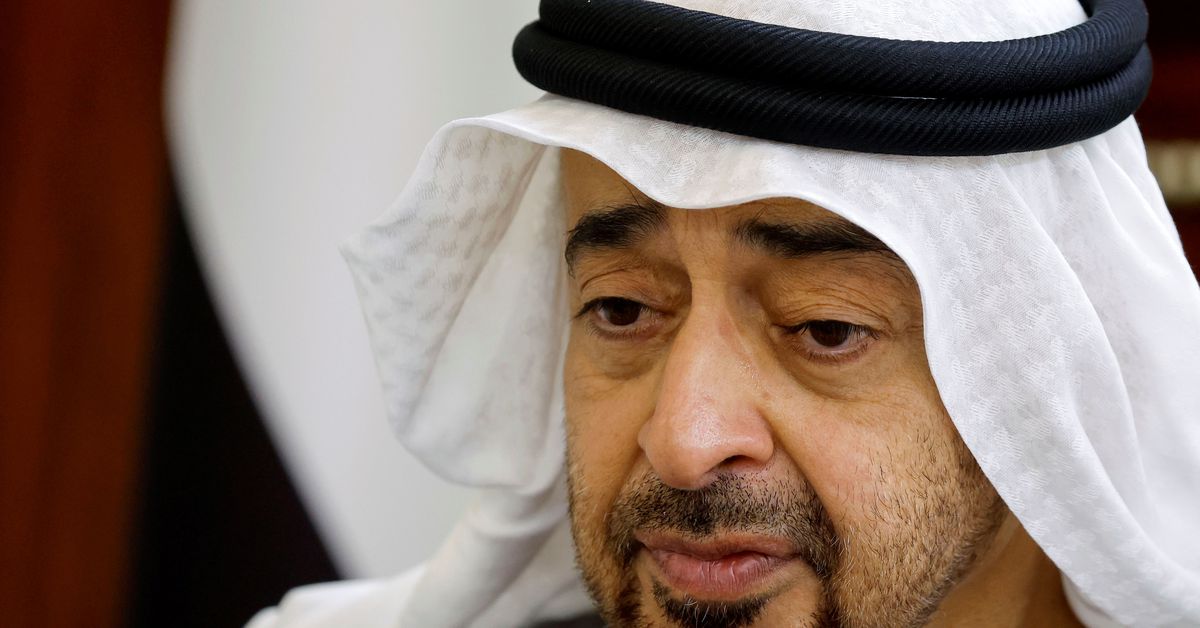 The president of the United Arab Emirates said on Wednesday the Gulf OPEC producer would continue to support global energy security as a main driver of global economic growth, ahead of a U.S.-Arab summit in neighbouring Saudi Arabia this week.
Sheikh Mohammed bin Zayed al-Nahyan, in his first televised address since becoming president in May, also said the UAE would extend a "hand of friendship" to all countries that share values of peaceful coexistence and mutual respect.

His speech coincided with the start of a visit by U.S. President Joe Biden to the region that includes a meeting with Arab leaders in Saudi Arabia on Saturday. Biden arrived in Israel on Wednesday on the first leg of the trip that is expected to discuss energy supplies and regional security.

Sheikh Mohammed had already wielded power behind the scenes for years as de facto ruler of the UAE, a key regional player, before becoming president following the death of his brother.

"We will... continue to consolidate our nation’s position as a reliable energy provider, and support global energy security as a fundamental driver of global economic growth and development," Sheikh Mohammed said.

The economy of the UAE, a trade and tourism hub, was "thriving and continues to grow at an impressive rate", he said, adding that a key strategic focus was to diversify it further.

Long-standing relations between the United States and Gulf allies Saudi Arabia and the UAE have been strained, partly over perceived U.S. disengagement from Gulf security concerns and as Washington seeks support from the region to tame oil prices.

The Emirati leader stressed that the UAE would "not tolerate" anything that affects its security and would work to strengthen positive dialogue towards "stability and prosperity for all".

Abu Dhabi has shifted away from a hawkish foreign policy that saw the UAE wade into conflicts from Yemen to Libya, to focus on economic priorities. This has seen the UAE forge ties with Israel and engage with Iran and Turkey after years of animosity.
#Joe Biden