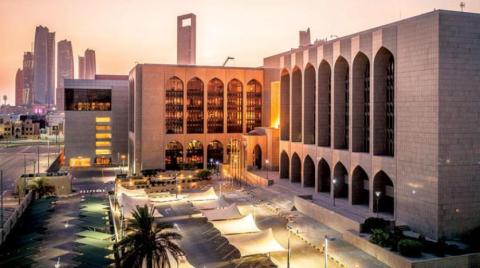 The UAE’s central bank expects real gross domestic product growth of 7.6 percent this year from its previous forecast of 6.5 percent, citing stronger performance of non-oil sectors including tourism, hospitality, real estate, transportation, and manufacturing.
In quarterly review report for the third quarter of this year, the Central Bank expects non-oil GDP to grow by 6.1 percent in 2022, compared to 4.3 percent in its previous estimates, while it expected oil GDP to grow by 11 percent in 2022.

The CBUAE report noted that the total real GDP continued to grow at a strong pace in the third quarter of this year after a strong increase in the first half of the year, driven by an increase in oil production, in addition to the remarkable improvement in the real non-oil GDP following the easing of Covid curbs as well as the recovery in the global travel and tourism sector, the boom in the real estate and construction sectors, and the expansion of manufacturing activities.

It noted that government revenues increased by 46.7 percent year-on-year in the first half of this year to reach 305.6 billion dirhams ($83 billion) as a result of the increase in taxes and social contributions, while current spending increased by 6.1 percent to reach 180.1 billion dirhams ($49 billion) compared to a growth of 5 percent during the same period last year.

“The UAE has benefited from a vibrant private sector, supported by comprehensive reforms and a job market that attracts the best talents.

The banking sector continues to stimulate private investment as credits to the private sector increased by 4.9 percent on an annual basis by the end of last September,” said the report.

The purchasing managers’ index in the UAE rose to 56.7 in October compared to 55.4 in June, indicating growth for the 23rd consecutive month in the non-oil private sector, the CBUAE report said.
#Covid