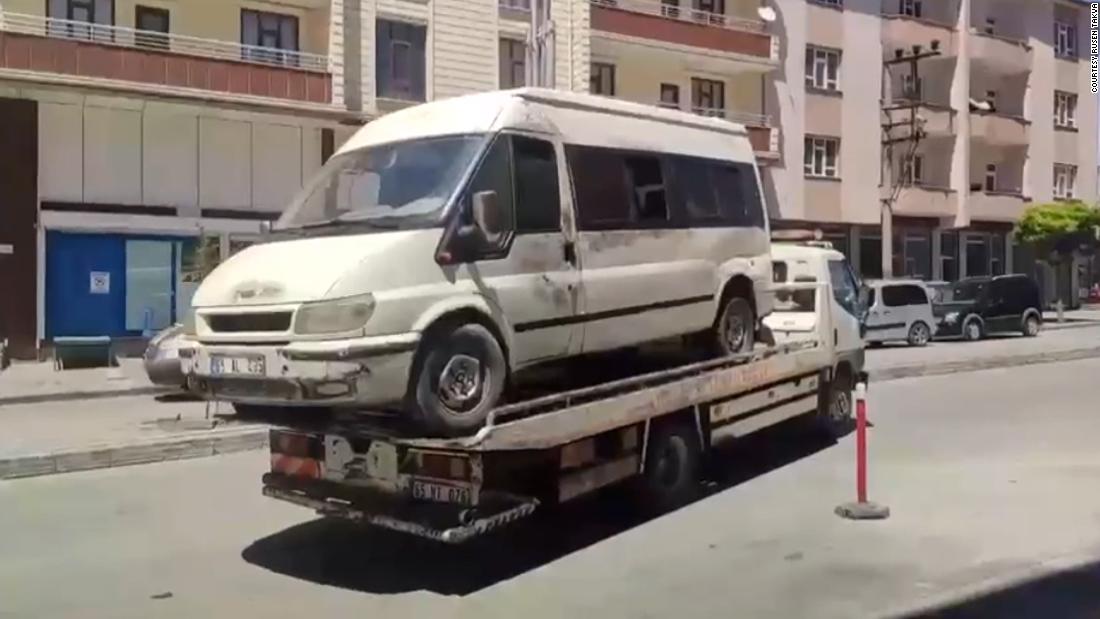 Turkish security forces killed a child on Sunday after opening fire on a vehicle carrying migrants from the eastern Van province near Turkey's border with Iran, a local official told CNN on Tuesday.
The official, who is from the office of the Van governor and who did not want to be named, said that the boy's DNA was being examined in order to reveal his identity. The age of the child has not been confirmed.

Twelve other people were injured as a result of the incident but remain in good condition, the official said, adding that none of those injured were children.

According to a statement released by the governor's office on Sunday, Turkish forces first asked the vehicle to stop. When it continued driving on, security forces opened fire in an attempt to stop the vehicle.

Once it stopped, Turkish personnel found the vehicle was used for smuggling migrants and found "40 irregular migrants" in it, according to the statement.

Although forces aimed at the wheels of the vehicle, one person was killed by a bullet that had ricocheted off the ground, the statement said.

"Efforts are ongoing to capture the driver of the vehicle, and the migrant smuggler who managed to run away after the incident. A judicial and administrative investigation is underway," the statement added.

Kemal Tosun, who witnessed the incident, told Serbest TV in Turkey that some of the people in the vehicle managed to "escape."

Another eyewitness, Dindar Tosun, said that she saw families with children among the migrants.

Authorities have not confirmed the nationalities of the people in the vehicle.​

Van province is located near Turkey's border with Iran and serves as a transit route for migrants coming from Iran, Afghanistan, Pakistan and central Asia.
#Afghanistan