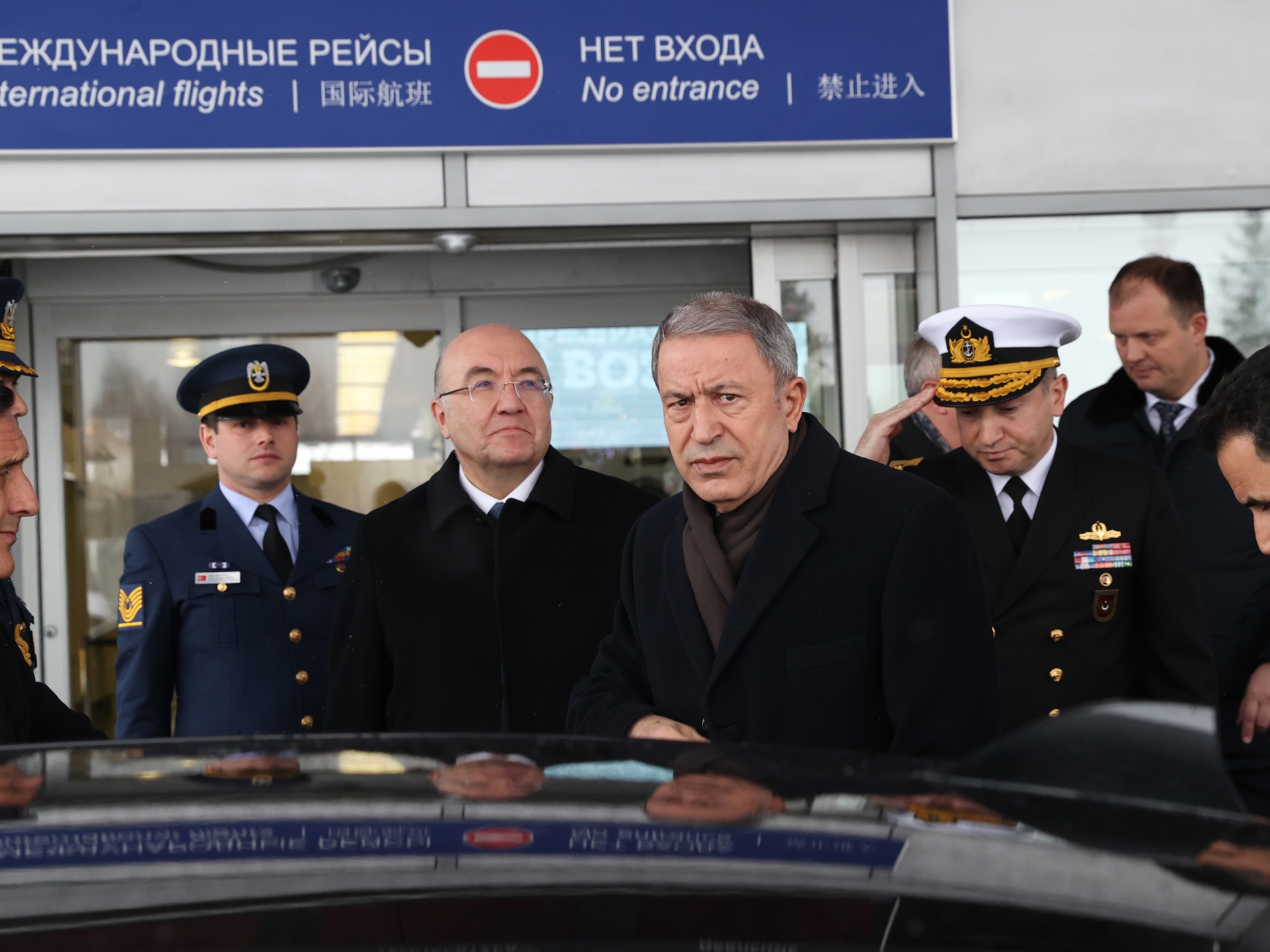 The three nations agree to continue meeting in future to ensure stability in Syria and the region, Turkish defence ministry says.

Defence ministers of Russia, Turkey and Syria have held talks in Moscow in a clear sign of normalisation between Ankara and Damascus in the decade-long Syrian war.

“Ways of resolving the Syrian crisis and the problem of refugees as well as joint efforts to combat extremist groups in Syria have been discussed,” RIA news agency said, citing the Russian defence ministry.

“Syrian crisis, refugee issue and efforts of joint fight against all terror organisations on Syrian soil were discussed in the constructive meeting,” the ministry’s statement said on Wednesday.

“Turkish, Russian and Syrian defence ministers as well as intelligence chiefs in Moscow have agreed to continue tripartite meetings to ensure stability in Syria and in the region as a whole,” it added.

Al Jazeera’s Sinem Koseoglu said the meeting was important because the Turkish and Syrian ministers held talks for the first time in 11 years.

“We hear Turkish officials saying that it is time for normalisation of ties with Syria,” she said, adding that the two countries were already holding talks at the intelligence levels.

Koseoglu said there were still major differences between Ankara and Damascus over the Syrian issue.

“We know that Damascus wants the Turkish military presence out of their borders,” she said.

“We are also hearing that the Turkish defence minister asked for safe and honorary return of Syrian refugees,” she added.

Turkish President Recep Tayyip Erdogan this month announced that he proposed to Russian President Vladimir Putin forming a trilateral mechanism with Russia and Syria to accelerate diplomacy between Ankara and Damascus.

After a deadly bomb attack in Istanbul last month, Turkey launched air operations in retaliation to the incident.

Erdogan said Ankara would mount a land operation into northern Syria on targets linked to YPG fighters, which Ankara says is a wing of the outlawed Kurdistan Workers’ Party (PKK), an armed group that has waged war against the Turkish state since 1980s.

The Turkish president said Turkey was more determined than ever to secure its southern border with a “security corridor”, while ensuring the territorial integrity of both Syria and Iraq, where it has also been conducting operations.

A normalisation between the relations of Ankara and Damascus would reshape the decade-long devastating Syrian war.

Turkish backing has been vital to sustaining Syrian rebels in their last major territorial foothold in the northwest, after President al-Assad’s forces defeated the fighters across the rest of the country, aided by Russia and Iran.