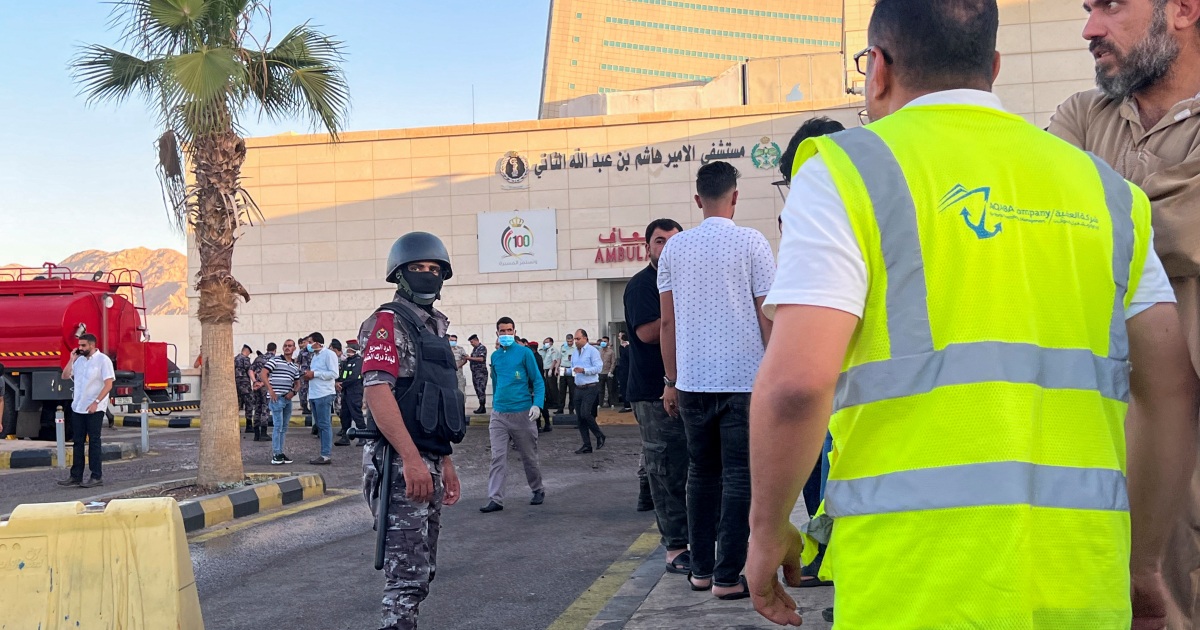 The leak came after a tank filled with 25 tonnes of chlorine gas being exported to Djibouti fell while being transported, officials said.

The directorate said authorities sealed off the area after evacuating the injured to hospitals and sent specialists in to deal with the leak.

Al-Mamlaka TV said 199 were still being treated in hospitals.

Dr Jamal Obeidat, a local health official, urged people to stay inside and close windows and doors. The nearest residential area is 25km away.

A video posted on state television’s Twitter page showed a storage tank falling from a winch and slamming into the deck of a ship, followed by yellow-coloured gas rising into the air as people ran away. 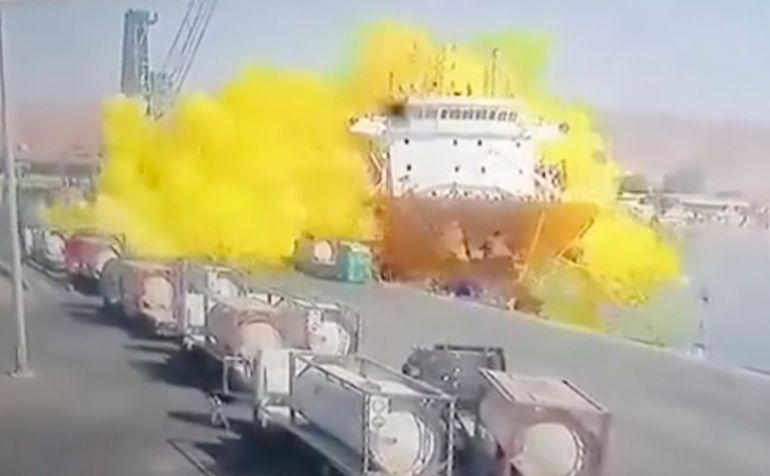 This photo taken from CCTV video broadcasted by Al-Mamlaka TV shows a chlorine gas explosion after it fell off a crane in the port of Aqaba, Jordan, Monday, June 27, 2022.

Specialised teams are still dealing with the leak, the Civil Defence service said on its Facebook page, while evacuation planes were being sent into Aqaba.

Prime Minister Bisher al-Khasawneh arrived at Aqaba and headed to a hospital where some of the injured were being treated, state TV reported.

Al-Khasawneh also formed an investigation team into the incident chaired by the interior minister, state television cited the information minister as saying.