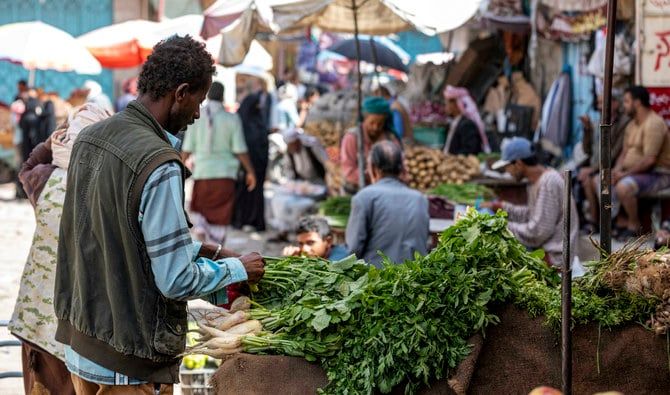 Police in the Yemeni city of Taiz have enforced a nighttime ban on guns and motorbikes and have launched operations to crack down on disorder, security officials said.
Lt. Col. Usama Al-Sharabi, a Taiz police spokesperson, told Arab News that security forces had been deployed in the Cairo, Salh, Al-Mudhaffar, and Ash Shamayatayn districts to hunt those who have wreaked havoc on the city in recent months.

He said the operation would put an end to drive-by shootings that have killed scores of military and security personnel.

“We want to capture a list of wanted people and prevent the manifestations of chaos, including motorcycles,” Al-Sharabi said. He added that a “very dangerous” suspect was killed in a gun fight and three additional wanted people were arrested.

Every night from 8 p.m. to 6 a.m., residents are now prohibited from riding motorcycles or moving around the city with guns.

Police also asked drivers to remove their sun shades as they search for wanted men slipping in and out of Taiz.

Taiz, Yemen’s third largest city, has been the scene of fierce power struggles between armed groups who had previously fought the Houthis. Lawlessness and the breakdown of official institutions have contributed to the chaos.

The city is now peaceful, according to security officials, who added that operations had succeeded in pushing wanted people or armed groups into hiding, particularly at night.

Last week, unidentified men on a motorbike threw a grenade at a security vehicle, killing a soldier, prompting local security officials to expedite the ban on motorcycles and firearms.

Residents have long complained that rival groups had weakened security and terrorized the population during the seven-year Houthi siege of the city.

Ahmed Al-Ghaidi, a resident, told Arab News that he supported the security operation in Taiz and bringing lawless areas back under a semblance of order.

“We support the restoration of security and the arrest of criminals. The city is currently peaceful,” Al-Ghaidi.

Many others showed their support for the operations on social media and urged that the security forces remain on the streets for good.

“Goodbye chaos. We salute this campaign and we hope everyone will cooperate with the security men,” Mohammed Bazara, a resident, said on Facebook. “Every gunman in the street must understand that the chaos in Taiz will end and the bullying will not continue.”
#Facebook