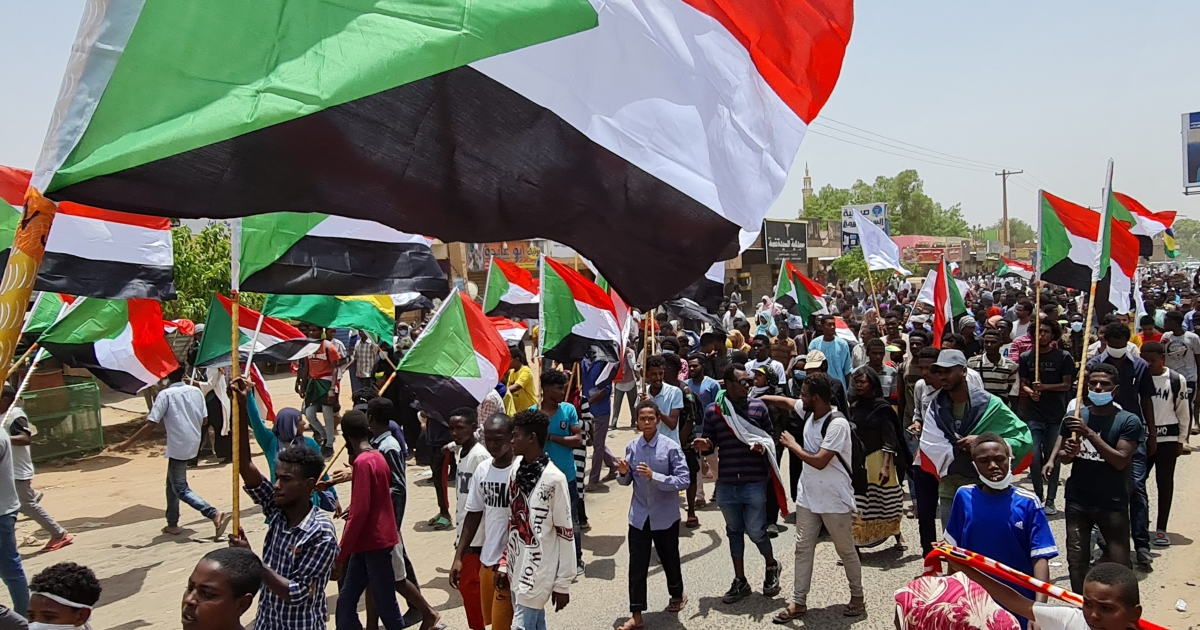 Seven reported killed at protests against military rule in Sudan

Protesters are calling for a return to civilian rule and justice for those killed in a violent crackdown in 2019.

Seven people were reported killed as huge crowds took to the streets of Sudan amid a communications blackout to rally against the country’s military leadership that seized power eight months ago.

The Sudan’s Doctors Committee said in a tweet on Thursday that five people were fatally shot when police fired live ammunition at protesters in Omdurman, the twin city of Khartoum, the Sudanese capital.

Across the Nile River in Khartoum, another person died from a gunshot wound in the head and a child died after being shot in the chest, according to the group, which tracks casualties during protests. The identity of all seven was not immediately known.

Crowds in the tens of thousands were estimated to be protesting in Khartoum and its twin cities of Omdurman and in Bahri.

Security forces fired tear gas and water cannon to block the protesters from marching towards the presidential palace in central Khartoum. The protesters barricaded some of the capital’s main thoroughfares with stones and burning tyres.

Videos showing thousands of people waving Sudanese flags and running under clouds of tear gas were posted on social media. 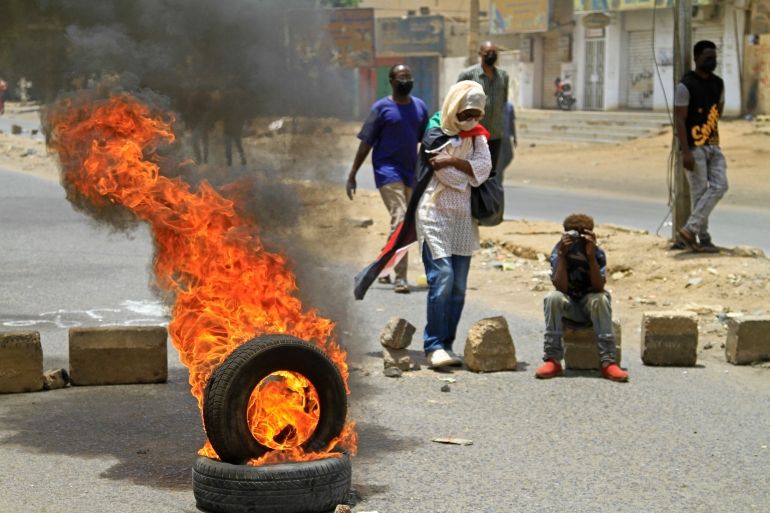 “We’re very, very much gravely concerned by the continued use of excessive force by the government security forces in Sudan as they respond to protests and especially what we’ve seen today,” UN spokesman Stephane Dujarric said in New York.

“It is imperative that people be allowed to express themselves freely and peacefully, and security forces in any country should be there to protect people’s right to do that, not to hinder it,” he said.

‘They want a civilian government’

Extended internet blackouts were reported in an apparent effort to hamper the protest movement.

Staff at Sudan’s two private sector telecoms companies, speaking on condition of anonymity to Reuters, said authorities had ordered them to shut down the internet on Thursday.

Advocacy group Netblocks.org said in a statement that the disruption was recorded across many mobile and fixed-line internet providers, including state operator Sudantel, leaving national connectivity at only 17 percent of its ordinary levels.

“The restrictions impact many internet users in Sudan and are likely to significantly limit coverage of events on the ground,” the statement read.

“They want to make sure that the message is [clear]: they want a civilian government and not a military leadership,” she said.

Morgan said that military leaders are in favour of negotiations with political parties to reach a political consensus.

The Forces of Freedom and Change – a pro-democracy coalition that was sidelined following the military takeover – has refused to hold talks with the military despite mediation efforts by the United States and the United Nations.

Protesters also carried banners calling for justice for those killed in a violent crackdown during an uprising in 2019 that overthrew longtime ruler Omar al-Bashir and led to a power-sharing arrangement between civilian groups and the military.

Others chanted “Burhan, Burhan, back to the barracks and hand over your companies,” a reference to the economic holdings of General Abdel Fattah al-Burhan, who toppled the transitional government and brought back military rule in October 2021.

Sudan’s current military leaders said they dissolved the government in October because of political paralysis. As a result, international financial support agreed with the transitional government was frozen and an economic crisis has deepened since.

Mediation efforts led by the United Nations and the African Union have so far yielded little progress.

General Burhan said on Wednesday that the armed forces were looking forward to the day when an elected government could take over, but this could only be done through consensus or elections, not protests.

Several neighbourhood protests had been held daily in preparation for Thursday’s rallies. Medics aligned with the protest movement on Wednesday said security forces shot dead a child in Bahri, bringing the number of protesters killed since the coup to 103.