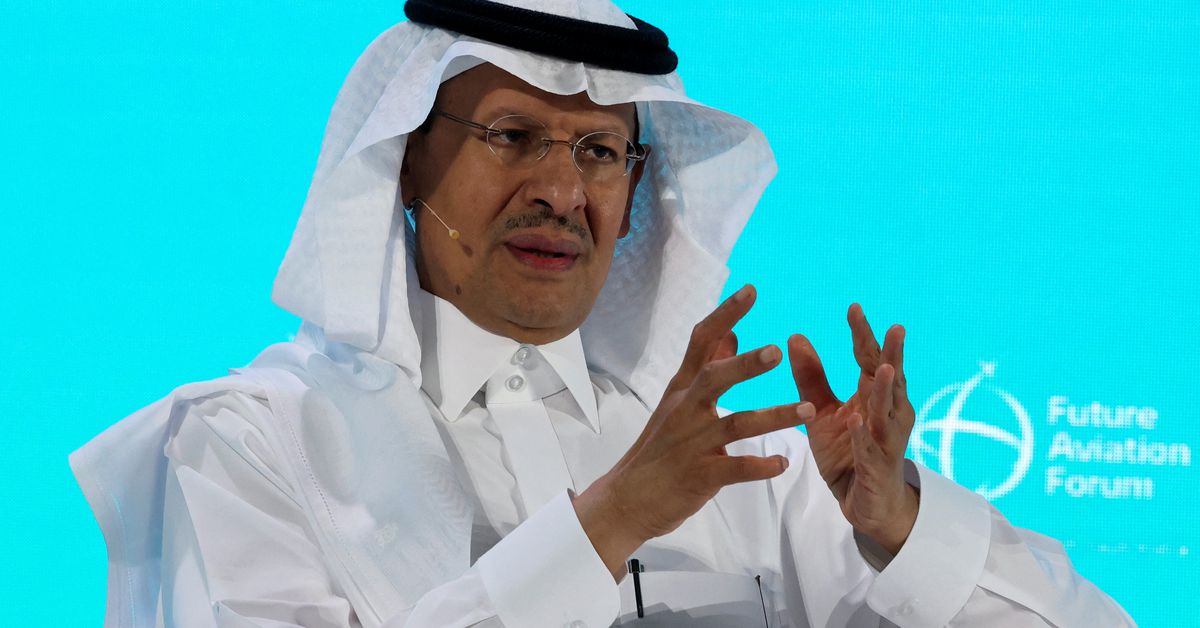 Saudi Arabia's energy minister Prince Abdulaziz bin Salman and the director of China's National Energy Administration Zhang Jianhua on Friday said they would strengthen their ties in the energy sector.
The officials spoke in a teleconference call and stressed the importance of stable long-term supplies to crude oil markets, SPA said.

The Saudi minister reaffirmed earlier on Friday from New Delhi that OPEC+ is doing the right job to ensure stable and sustainable oil markets.

The United States and Saudi Arabia have been at odds since a decision by OPEC+ group of oil producers, of which Saudi is the de facto leader, to cut output even after the Biden administration sought to stay OPEC's hand for a month with an eye on U.S. mid-term elections.

China, the world's largest crude importer, has stuck to strict COVID curbs this year, which weighed heavily on business and economic activity, lowering demand for fuel.

But reports that Beijing is considering cutting the quarantine period for visitors to seven days have bolstered prices on Thursday despite no official confirmation of the measure.

Prince Abdulaziz and his Chinese counterpart agreed to continue cooperation efforts to maintain stability in oil markets, SPA said, adding that the Kingdom continues to be China's most reliable partner and supplier of crude oil.

He had earlier this week spoken with the trade minister of Japan, another key client, and discussed strengthening cooperation on energy.
#Covid