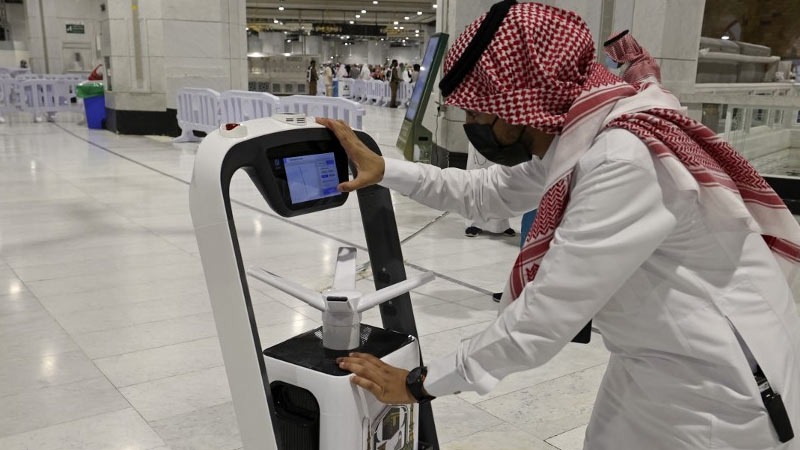 Smart Disinfection Robot has been deployed at the Grand Mosque, which works for four hours, with a capacity of more than 68 liters of water, and covers more than 2,000 square meters per working hour.
The President of the General Presidency for the Affairs of the Two Holy Mosques Sheikh Dr Abdulrahman Bin Abdulaziz Al-Sudais has formally inaugurated the robot.

Dr Al-Sudais praised the tasks of smart robots and modern technological means and their active role in improving the system of services being provided to visitors to the Grand Mosque in accordance with the latest international standards.

Furthermore, at least 500 automatic devices and 20 robots for hand sterilization and 550 manual sterilization stations have been deployed across the mosque.

Saudi Arabia announced the lifting of restrictions in the Two Holy Mosques on October 17. Worshipers and pilgrims who have received both vaccine doses are now able to visit the Holy Mosques in Mecca and Medina while wearing a mask and using the Umrah tracking app.
#vaccine