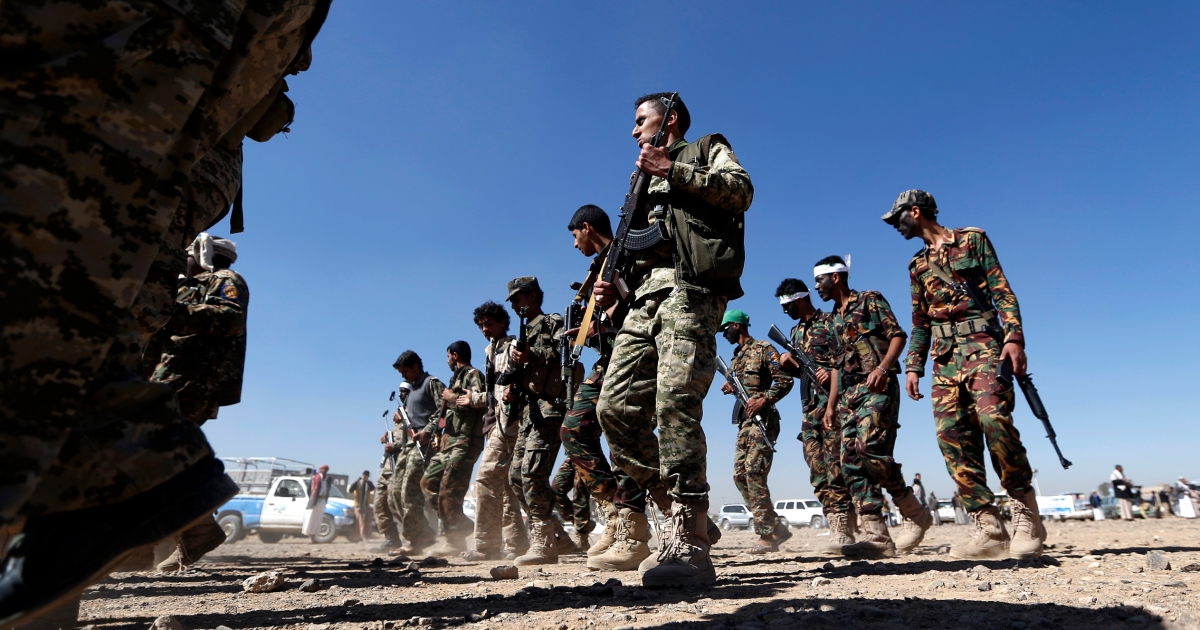 It was not possible to independently verify the death toll, and the Iran-aligned Houthis rarely comment on losses.

More than 260 Houthi rebels were killed in fighting over the past three days near Yemen’s strategic city of Marib, the Saudi Arabia-led coalition said on Sunday.

The rebel deaths are the latest among hundreds the coalition claims have been killed in recent battles around the internationally recognised government’s last bastion in oil-rich northern Yemen.

It was not possible to independently verify the death toll, and the Iran-aligned Houthis rarely comment on losses.

“Thirty-six military vehicles were destroyed and more than 264” rebel fighters were killed in raids in the past 72 hours, the coalition said, quoted by the official Saudi Press Agency.

The coalition has for the past two weeks reported almost daily air raids around Marib. Last week, the Saudi Arabia-led coalition said it killed 160 Houthi rebels in raids south of Marib.

The Houthis began a major push to seize Marib in February, and have renewed their offensive since September after a lull.

The Yemeni civil war began in 2014 when the Houthis seized the capital Sanaa, 120km (55 miles) west of Marib, prompting Saudi Arabia-led forces to intervene to prop up the government the following year.

Tens of thousands of people have died and millions have been displaced in the war.

The United Nations Security Council called on Wednesday for “de-escalation” in Yemen in a unanimously adopted statement to counter the risk of “large-scale famine” in the country.

The 15 council members “stressed the need for de-escalation by all”, demanded an immediate nationwide ceasefire, and called for an end to the Marib escalation.

“The members of the Security Council expressed grave concern for the dire humanitarian situation, including prolonged starvation and the growing risk of large-scale famine,” according to a statement.

They also “condemned the recruitment and use of children and sexual violence in conflict”.

The UN children’s agency last week said seven years of conflict in Yemen had killed or wounded at least 10,000 children.

The figure included only child victims whose fates were known to the organisation.

“Yemen’s humanitarian crisis – the world’s worst – represents a tragic convergence of four threats: a violent and protracted conflict; economic devastation, shattered services for every support system – that is, health, nutrition, water and sanitation, protection and education; and a critically under-funded UN response,” spokesman James Elder told a UN briefing in Geneva on Tuesday.