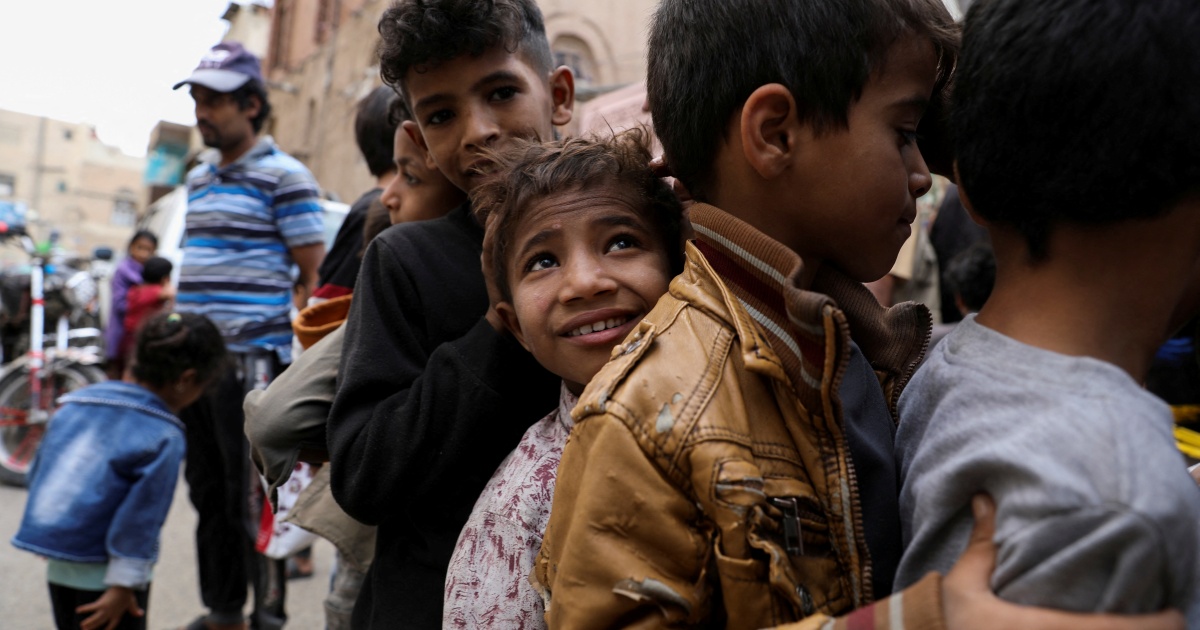 UN’s World Food Programme says it will have to ration the food aid it sends to Yemen as a result of a lack of funding.

The WFP said on Sunday that it was forced into the rationing as a result of not receiving enough funding, global economic conditions and the continued knock-on effects of the Russian invasion of Ukraine.

The WFP provides food aid to 13 million people in Yemen, but the new cuts mean it will only be able to provide five million of them with 50 percent of their daily food requirements, with the remaining eight million only getting 25 percent.

Caught between a protracted war and economic collapse, at least 17.4 million people – more than half of Yemen’s population – are in need of food assistance.

“Critical funding gaps, global inflation and the knock-on effects of the war in #Ukraine have forced @WFP in #Yemen to make some extremely tough decisions about the support we provide to our beneficiaries,” the organisation said on Twitter.

The WFP, which is the food-assistance branch of the United Nations (UN) added that “resilience and livelihood activities, and school feeding and nutrition programs” would be cut for four million people, leaving it available for only 1.8 million people.

Nearly eight years of fighting between Saudi-backed government forces and Houthi rebels in Yemen has created what the UN has called the world’s worst humanitarian crisis.

Earlier cuts to WFP food aid were announced at the end of 2021 due to a lack of funds, as the UN was only able to raise a quarter of the $2bn it said it needed for Yemen this year from international donors.

Some 19 million people in Yemen are projected to be in need of food assistance in 2022, an increase from the current 17.4 million. Of these, 7.3 million people will be facing emergency levels of hunger.

Disruption to global wheat supplies due to the Russian invasion of Ukraine and a wheat export ban by India risk deepening Yemen’s hunger crisis and pushing up food prices, which had already doubled in just two years in some parts of the country.

Houthi rebels took control of the capital of Sanaa in 2014 causing the government to flee and prompting a Saudi Arabia-led coalition to intervene militarily in 2015 in support of the government.

Yemen’s economy has collapsed amid a Saudi-led coalition blockade of its main ports, which is limiting access to food and fuel, as well as non-essential commodities entering the country.

Parties to the conflict, including the Houthis and the Yemeni government, have also restricted the transfer of fuel and goods across the country.

The planning minister in the Saudi-backed government warned on Friday that Yemen’s wheat stockpile could be depleted by mid-July and urged European Union states to help secure new markets to replace Ukrainian and Russian wheat.