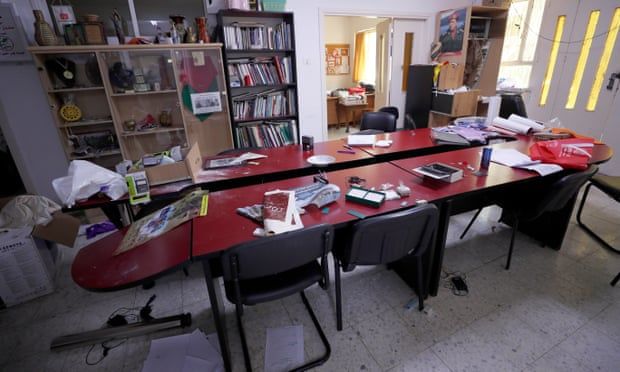 Israeli forces have raided the offices of six Palestinian human rights groups in the occupied West Bank that it previously accused of being terrorist organisations, a move decried as an “appalling attack” on Palestinian civil society.

Property belonging to the prominent advocacy groups was confiscated and entrance doors sealed by soldiers in the early hours of Thursday.

At the offices of Al-Haq, an internationally respected human rights organisation based in Ramallah, the front door was welded shut and a Hebrew statement left saying it would remain closed for “security reasons”. The minister of an Anglican church on the ground floor of the building, which rents the space to Al-Haq, said the church was also raided and its glass doors smashed.

Israel argued the groups had ties to the militant Popular Front for the Liberation of Palestine (PFLP), a secular, leftwing movement with political and armed wings. Israel and western countries consider the PFLP a terrorist organisation. 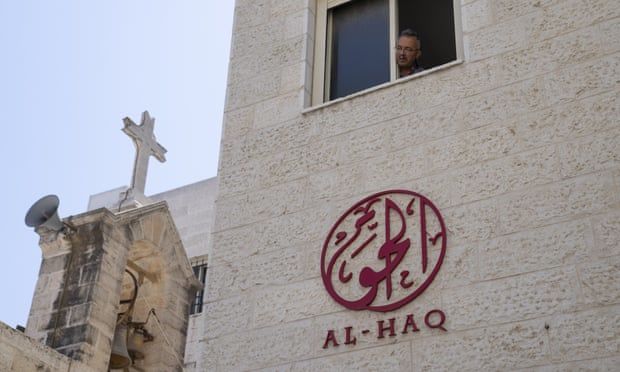 A man looks out of the window of the office of Al-Haq after it was raided in the West Bank city of Ramallah.

However, Israel has provided little evidence to back up the accusations. All six organisations deny the allegations and three have challenged the designation in Israel’s courts.

Washington said it was “concerned” by Israel’s closure of the Palestinian NGOs. US State Department spokesperson Ned Price said on Thursday: “We have not changed our position or approach to these organisations.”

Last month a group of EU member states that fund some of the Palestinian organisations’ activities rejected the Israeli claims, saying that “a free and strong civil society is indispensable for promoting democratic values and the two-state solution”.

The European Commission restored suspended funding to Al-Haq in June. The EU is also expected to continue working with the other affected groups.

Later on Thursday, staff from Al-Haq removed the metal sheet covering its office door and vowed to get back to work despite the seizure of computers and other equipment.

“We were established here not by Israel, not by their decision and we will continue our work,” Al-Haq’s director, Shawan Jabarin, told a press conference.

The Israeli military said it had closed seven institutions and seized their property in Thursday’s raid. The seventh appears to have been the Union of Health Work Committees, which Israel banned from working in the West Bank in 2020.

On Wednesday, the office of the Israeli defence minister, Benny Gantz, reiterated its claim that the groups “operate under the guise of performing humanitarian activities to further the goals of the PFLP, to strengthen the organisation and to recruit operatives”.

Aida Touma-Suleiman, an Israeli member of the Knesset, tweeted: “[Gantz] declared six Palestinian human rights organisations as terror groups, the international community didn’t buy the lie, so today he sent the occupation forces to shut them down.”

Many of the six targeted organisations document alleged human rights violations by Israel as well as the Palestinian Authority – both of which routinely detain Palestinian activists. The PA must grant the Israeli army permission to operate in areas of the West Bank under its control, such as Ramallah.