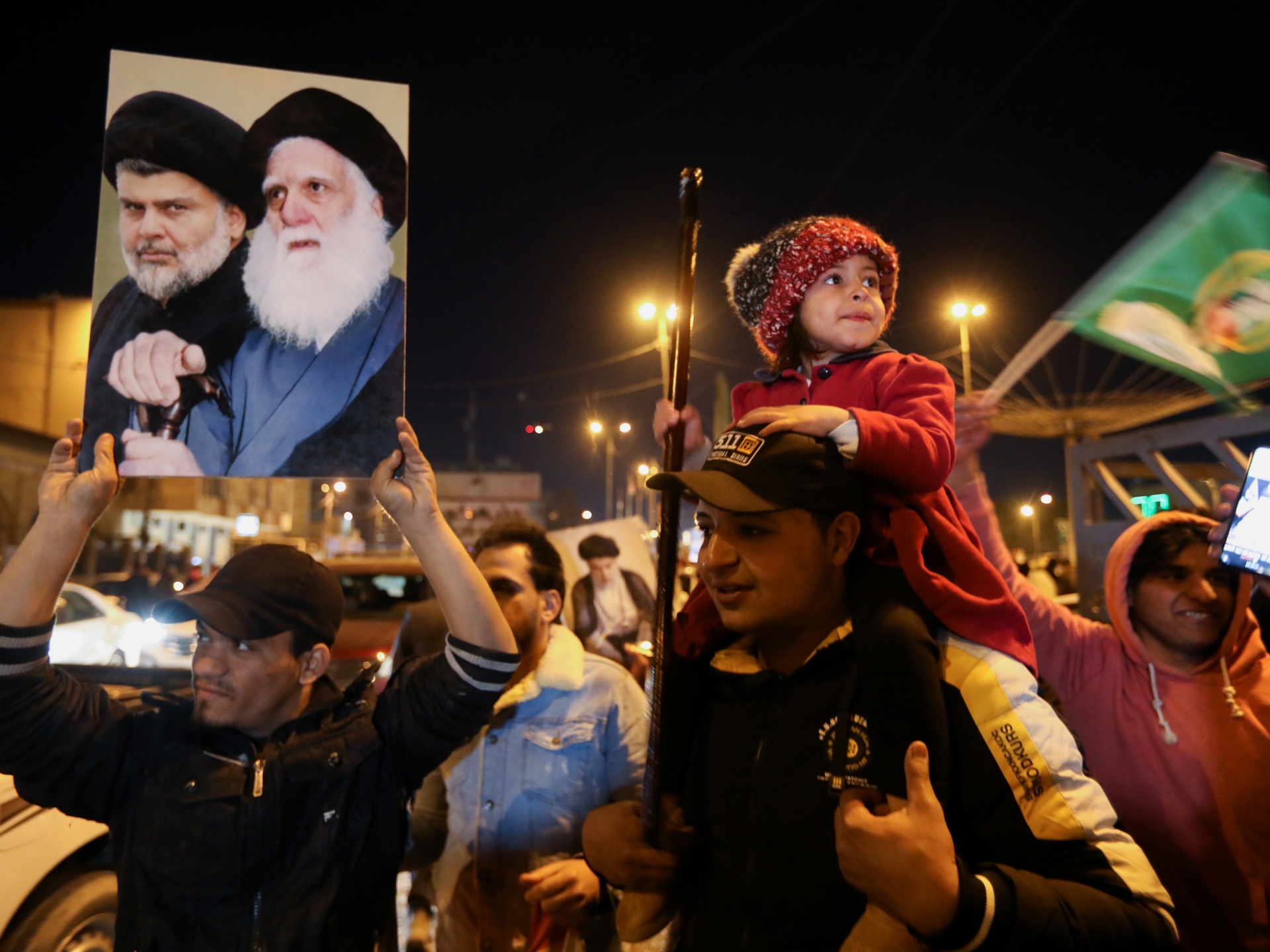 Observers say the court’s decision is a rebuke and a message to parliament to clean up its own ‘mess’.

Iraq’s top court on Wednesday rejected a petition to dissolve the parliament, a key demand by powerful Shia leader Muqtada al-Sadr and his political bloc that has boycotted the legislature, saying it was beyond its legal authority.

Al-Sadr’s bloc emerged as the biggest party in the October elections, winning 73 out of 329 seats. But it has been unable to form a government, leading to a months-long political crisis that resulted in deadly violence last month.

The Federal Court said in a statement that parliament must dissolve itself if it is deemed to have not performed its duties, which include acting in the people’s interest. Iraq’s parliament is a powerful body that chooses a president and prime minister and must approve all laws.

“One way of interpreting it is that it is an actual rebuke to the parliament … the federal court has said it is not down to us,” said Al Jazeera correspondent Imran Khan, reporting from Baghdad.

“It is a rebuke of the way parliament has behaved… [It is] a very strongly worded statement, it’s effectively saying to parliament: ‘This is your mess, you sort it out, we don’t have the powers to be able to do this’.

“It’s put it back firmly back into the parliament’s hands, that’s going to cause another crisis…They’re also saying that the parliament is not acting in the people’s interest.”

Nearly 11 months of paralysis have left the country without a new government, prime minister or president, with serious differences among Shia factions in parliament.

Al-Sadr had previously pulled out of general elections in July, before being dragged in again by his opponents. After Sadrists emerged as the largest political bloc, the rival Iran-backed Coordination Framework challenged the results and prevented him from forming a government of his choice with Kurdish and Sunni allies.

Unable to form a government of his liking, al-Sadr, who is vocal against Iranian influence in Iraq, offered the Coordination Framework some government seats – an offer they refused. Al-Sadr reacted by pulling his bloc from parliament, as his supporters staged protests and sit-ins in Baghdad’s Green Zone.

The Shia leader’s opponents, mostly Iran-backed parties with armed wings, have tried but also failed to form a government in the face of the protests and unrest.

“The rationale behind the court’s decision is to carefully come out with a written statement [that holds] the stick from the middle: on the one hand, saying it has no right or no authority to dissolve parliament and on the other hand, it’s saying this is the parliament’s mess and you need to solve it,” said Omar Al Saleh, a Middle East analyst based in Virginia in the United States.

“I think what they were trying to [do] perhaps is to appease Muqtada al-Sadr and [his] political power base in order not to avoid further destabilisation of the country,” he told Al Jazeera. 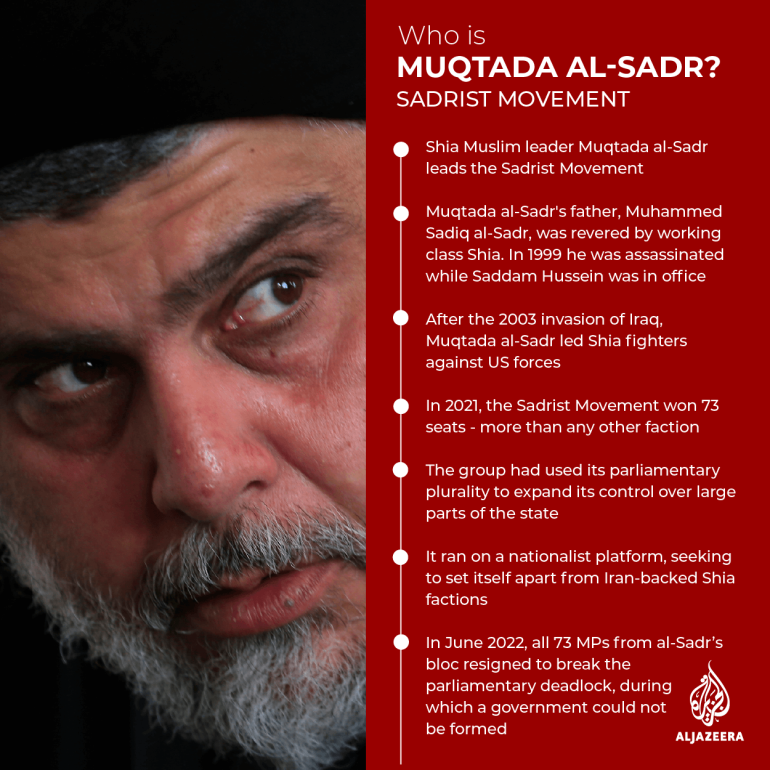