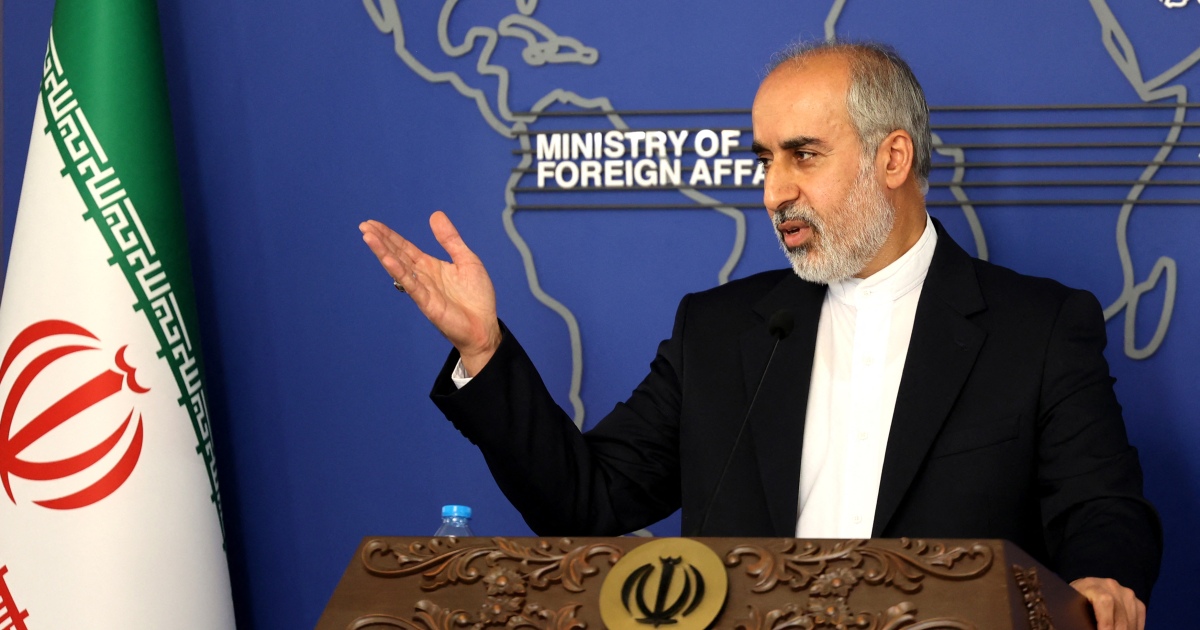 A day after Joe Biden wraps his first Middle East tour as president, Iran accuses the US of inciting regional tensions.

Iran has accused the United States of trying to incite tensions across the Middle East through “Iranophobia”, the charge coming a day after Joe Biden ended his first tour of the region as the US president.

“The US is once more trying to create tensions and crises across the region through relying on the failed policy of Iranophobia,” the Iranian foreign ministry spokesman, Nasser Kanani, said in a statement on Sunday.

The statement said the US was “the first country to deploy a nuclear bomb, that it constantly interferes with other countries’ affairs, has launched armed conflicts, and has sold massive amounts of arms across the region”.

Referring to Washington’s continued support for Iran’s archenemy Israel, Kanani said the US was “the main accessory to continued occupation in Palestinian lands, daily crimes of the regime against Palestinians, and apartheid”.

The comments from the Iranian government came after Biden visited Israel and rival Saudi Arabia, his first trip as US president aimed at countering the Iranian influence in the Middle East region.

At a summit in Jeddah that brought together six members of the Gulf Cooperation Council (GCC), as well as Egypt, Jordan and Iraq, Biden promised the Arab leaders that Washington is not withdrawing from the region.

“We will not walk away and leave a vacuum to be filled by China, Russia, or Iran,” he said.

Earlier this week, Iranian President Ebrahim Raisi promised a “harsh and regrettable response” if the US and its allies were to make a “mistake” concerning Iran.

In joint statements released during Biden’s Israel visit as well as in Jeddah, there was an emphasis on the US-led efforts to prevent Iran from achieving a nuclear weapon.

In its statement, the Iranian foreign ministry renewed Tehran’s promise to not seek nuclear arms and rejected the “false accusations” made by the US as it “turns a blind eye” to Israel’s nuclear programme for decades.

Israel is widely believed to be the only power in the Middle East to possess dozens of nuclear weapons, but it refuses to declare them or allow international inspection.

The joint statement signed in Jeddah also focused on “the increasing threat” posed by unmanned aerial vehicles developed by Iran.

Washington has accused Tehran of trying to sell armed drones to Russia to be used in the war in Ukraine. Iran denies the claim, saying it will not do anything to exacerbate the conflict.