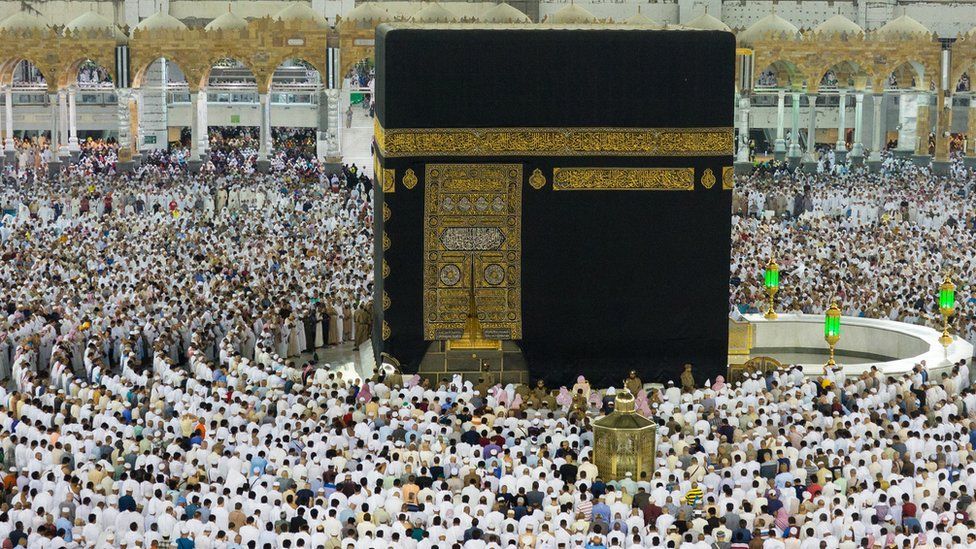 Hajj-Muslim pilgrims face losing out from online booking to Mecca

British Muslims hoping to make a pilgrimage to Mecca are at risk of losing thousands of pounds after the Saudi government has enforced online booking.

Pilgrims have been told to use a website to register their interest and that a draw will take place to choose who will go on Hajj.

Some have already booked with Hajj tour operators and could lose their money.

Hajj is a religious requirement for all Muslims who can afford it.

It is one of the five pillars of Islam along with five daily prayers, fasting, charity and a belief in God (Allah) and in Muhammad as a prophet.

The cost of the once in a lifetime trip varies from about £6,000 to more than £10,000 and many Muslims spend years saving up for it.

Famida, not her real name, is in her 30s and lives in the north west of England. She told the BBC she has been waiting to go to Mecca with members of her extended family for two years.

She had registered her interest with a local travel agent and was very excited about fulfilling an important part of her Islamic faith.

Famida said she was "heartbroken" when she heard that she and her husband would have to book the visit online.

"It was so upsetting it actually made us cry," she said.

Famida was also unsure about using the new digital booking system. She said she didn't know what sort of service they would receive, if they'd be able to visit all the historical sites, how much the trip would cost, and who to complain to if anything went wrong.

Despite her concerns she has submitted her and her husband's name via the digital portal to say she wants to make the pilgrimage in a few weeks' time but is worried about how much time she has to prepare for it.

"If you think about it practically, no. I've got children who're at school, they attend football, madrassah, they go to madrassah, cricket, football."

The head of the All Party Parliamentary Group on Hajj and Umrah, Yasmin Qureshi, has written to the Minister of Hajj and Umrah, Tawfiq bin Fawzan Al-Rabiah to ask for the new system to be delayed until next year.

In the letter seen by the BBC, Ms Qureshi has asked if money paid to Saudi service providers will be refunded. She has also said she is worried that Muslims who had deferred their trip in 2020 risk major financial losses if their pilgrimage is not carried out. 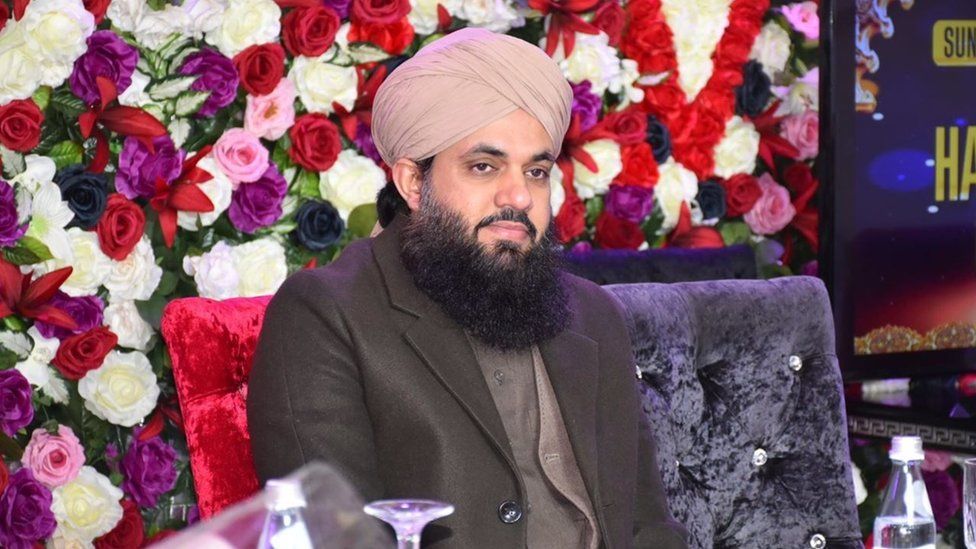 She is also concerned about how and if pilgrims' money will be protected under the new scheme.

Ms Qureshi said: "Certainly for this year, do not organise the portal system because it's not going to work. Who do you complain to if things don't turn out correctly?"

It is also unclear how many Hajj visas will be allocated to the UK. Previously about 25,000 were issued every year.

Figures quoted in some Arabic media suggested this number could now be halved.

Travel agents in the UK who specialise in arranging Hajj tours are also worried as they will lose out financially.

Mohsin Shah, a Manchester based travel agent, and his London-based partner were due to take 48 pilgrims to Mecca later this month.

He said all the pilgrims now have to re-book their visit online and he doesn't know how many of them will get a visa to travel.

He charged £9,500 for a five star package and has paid money to hotels and transport providers in Mecca.

"It's a big (financial) impact (on us) because we're not sure what's going to happen and how we can arrange it because hotels were booked and transport."

There are 3.72 million Muslims in the UK according to figures from Office for National Statistics. All pilgrims from Europe, America and Australia must use the new online portal to book their pilgrimage.

The BBC has contacted the Licensed Hajj Organisers UK, an independent industry watchdog, and the Council for British Hajjis UK for a comment. The Saudi government has also been asked to comment.