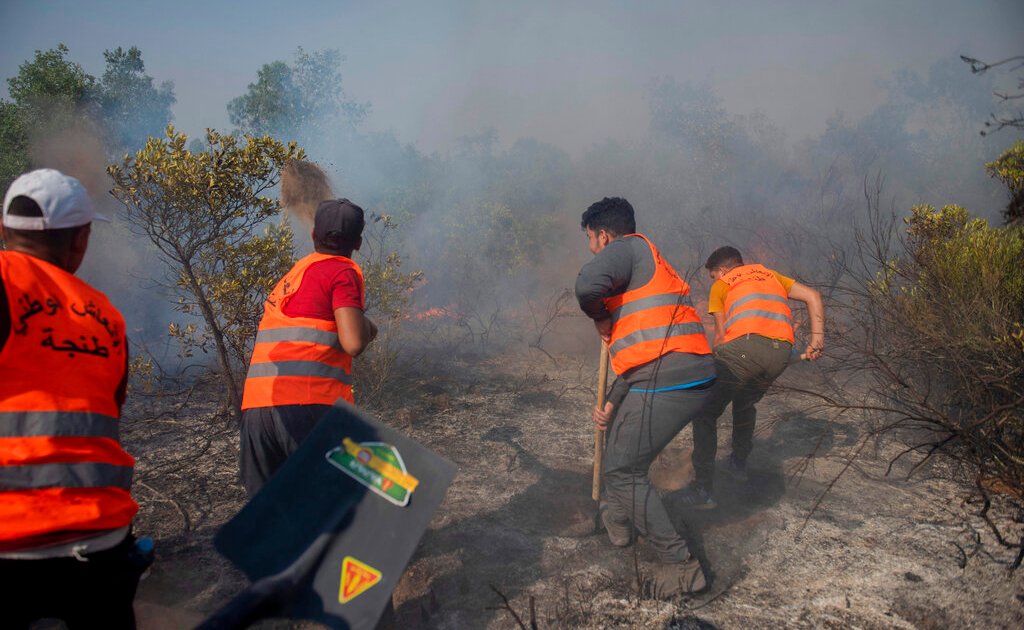 Morocco has been in the grip of a heat wave for a week, with temperatures soaring above 40 degrees Celsius.

Firefighters and the military struggled on Friday to contain three wildfires in northern Morocco that have killed at least one person, as hundreds of residents evacuated their homes because of flames that ravaged large swaths of pine forests.

Efforts to extinguish the blazes have been hampered by high temperatures and strong winds in the North African country. The interior ministry said that one person has died in the fires, and more than 1,500 hectares (3,700 acres) of forest have been destroyed.

In the Laarach area, 1,100 families have had to evacuate because of two fires that have since been put out. The fire destroyed 900 hectares (more than 2,000 acres) of land and damaged many homes, according to the interior ministry.

Firefighters were still trying to put out fires in several areas of northern Morocco on Friday. They are using trucks, bulldozers and water-dumping planes, the interior ministry said. 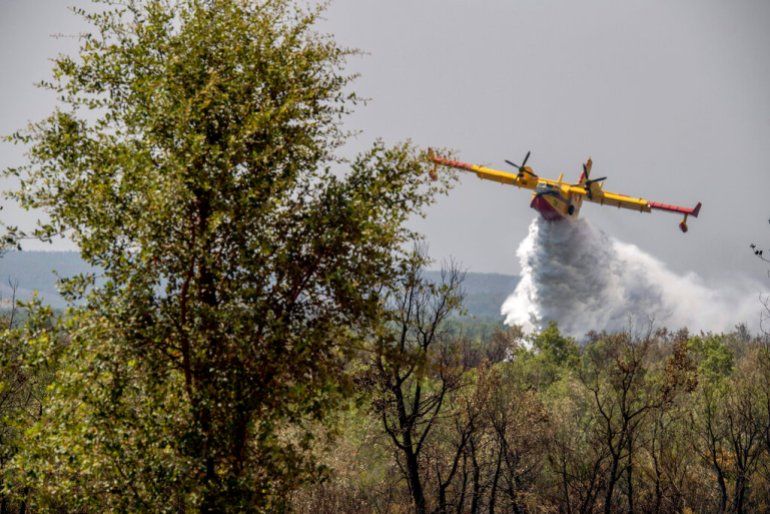 In four provinces – Larache, Ouezzane, Tetouan and Taza – the fires ripped through forestland that is difficult to access, said Fouad Assali, head of the National Centre for Forest Climate Risk Management.

“Efforts are continuing in the hope of bringing these fires under control,” Assali was quoted as saying by the official MAP news agency.

Morocco has been in the grip of a heatwave for a week, with temperatures soaring above 40C (104F). Strong winds are in the forecast for the coming days, complicating efforts to contain fires, according to the national meteorology agency.

Shocked by how fast the flames were spreading, residents fled their homes, with some families herding their cattle and horses – upon which their livelihoods depend – ahead of them.

“I was with my family, and at one point, we heard people shouting, ‘Fire! Fire!'” said Samir Boundad, from Larache.

“We ran out to flee and fortunately, thanks to God, the fire moved up the mountain.” 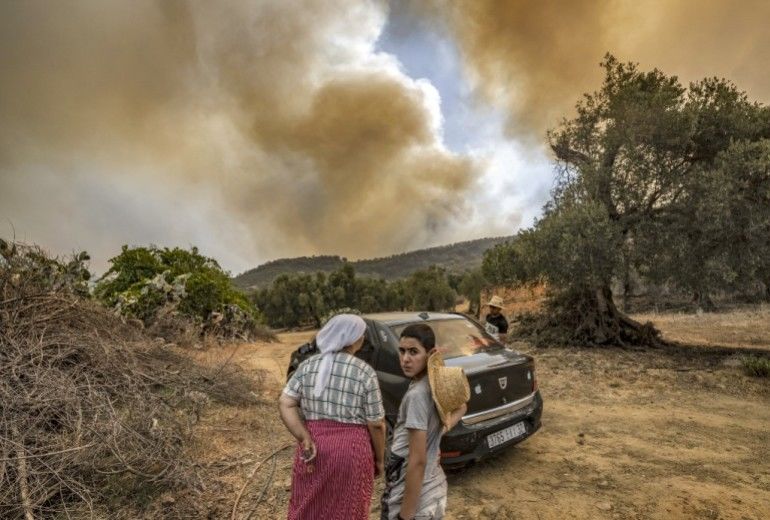 Evacuated people look on as they stand next to a vehicle while, behind, a wild forest fire rages near the Moroccan city of Ksar el-Kebir in the Larache region

A village in the Ksar el-Kebir region was destroyed by the flames.

Across the Strait of Gibraltar, wildfires are also raging in southern Europe, from Portugal and Spain through to France and Greece.

Scientists have said extreme weather events such as heatwaves and droughts, which make wildfires more likely, are linked to climate change.

They are expected to become even more frequent, more prolonged and more intense in the future.