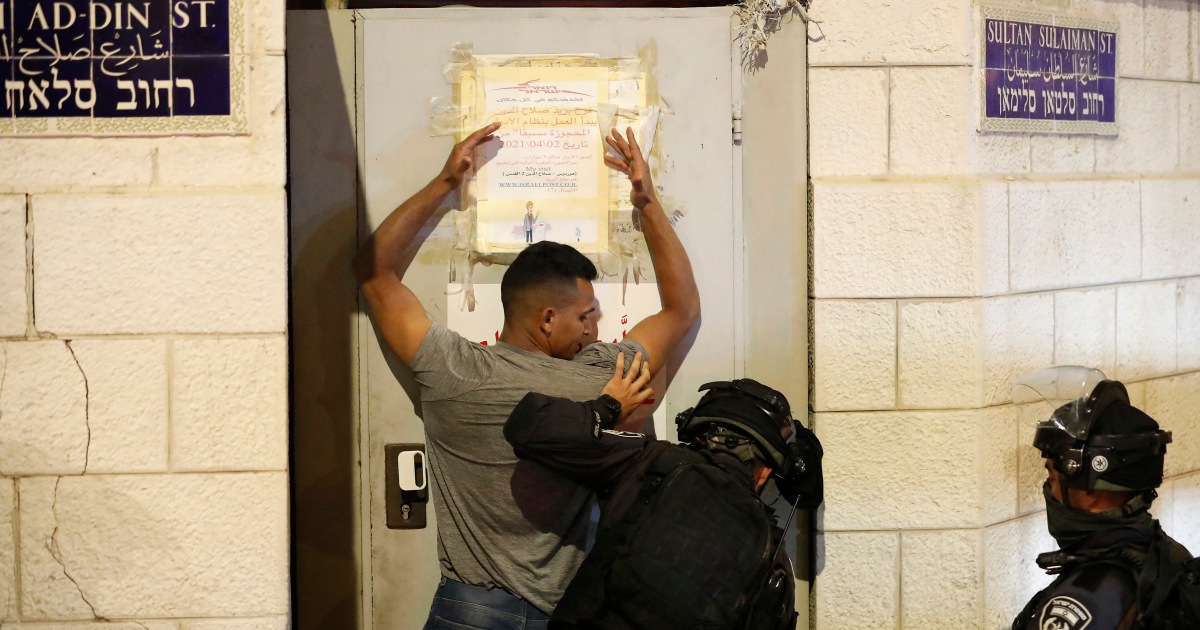 More than 70 Palestinians were injured after Israeli police lobbed tear gas canisters and shot rubber-coated bullets at a funeral procession for a young Palestinian man who had succumbed to injuries sustained at Al-Aqsa Mosque compound last month.

Hundreds of mourners joined the funeral procession on Monday for Walid al-Sharif, who was pronounced dead on Saturday.

Palestinian witnesses and al-Sharif’s family say he was shot in the head with a rubber-coated bullet, while Israeli authorities have suggested he died from injuries sustained when he fell on the ground. Israeli hospital officials declined to give a precise cause of death.

Amateur video of the attack shows a large group of Palestinians running away from the direction of heavy Israeli fire. Immediately after one shot, al-Sharif is seen falling on his face and lying motionless on the ground. Israeli police then took him away.

After falling into a coma, al-Sharif died in hospital. His body was taken by Israeli authorities after his death, until it was released to his family on Monday.

Mourners at the funeral, some of whom were carrying Palestinian flags, took al-Sharif’s body for prayers at the Al-Aqsa Mosque before proceeding to a cemetery outside of Jerusalem’s Old City.

“Israeli forces fired rubber-coated bullets at an ambulance carrying the coffin of the dead Palestinian youth,” a witness said.

According to the Wadi Hilweh Information Centre, one of the Palestinians with an injury to the eye is a relative of al-Sharif. The relative, Nader al-Sharif, is reportedly in a critical condition.

Police said six officers were hurt and 20 Palestinians were arrested, including five people suspected of an attempted hit-and-run.

Israeli police said its forces “acted resolutely against hundreds of lawbreakers and violent rioters who … took violent actions against the forces endangering their lives”.

Palestinian President Mahmoud Abbas’s office accused the Jerusalem police of a “cruel and barbaric act”. It said there will be no peace and stability in the region until the creation of a Palestinian state, with occupied East Jerusalem as its capital.

Jordan’s foreign ministry also condemned the attack on al-Sharif’s funeral procession as an “inhumane act” and said Israel must respect its obligations to international humanitarian law, as the occupying force in East Jerusalem.

Monday’s attack on al-Sharif’s funeral came just days after police pushed and beat mourners, including pallbearers, at the Jerusalem funeral for Shireen Abu Akleh, a renowned Al Jazeera journalist who was killed by Israeli soldiers on Wednesday while reporting on a military raid in the occupied West Bank city of Jenin.

Al-Aqsa Mosque compound has become a frequent site of tensions as an increasing number of Israeli Jews have attempted to upend the status quo by praying there.

The silver-domed mosque inside the 35-acre (14-hectare) compound is referred to as al-Haram al-Sharif, or the Noble Sanctuary, by Muslims, and as the Temple Mount by Jews.