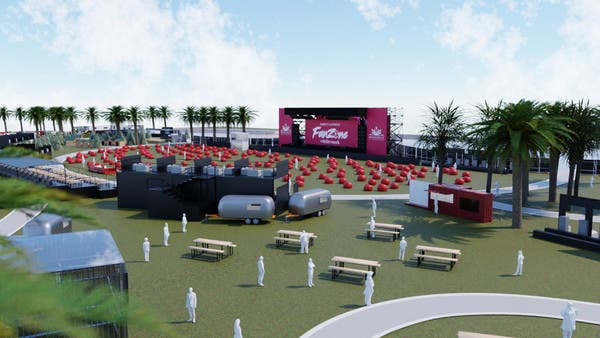 The FIFA World Cup Qatar 2022 is now just over two weeks away with the biggest spectacle in football starting on November 20.

With excitement building across the world and more so in the Middle East, as the region hosts football’s biggest tournament for the first time, fan zones across the Gulf are putting on its finishing touches.

For many, fan zones will be the chance for football enthusiasts without a ticket to the games to soak up all the sporting action over the month-long tournament.

First launched in 2006, FIFA Fan Festivals have been held at previous World Cups (Russia in 2018, Brazil in 2014, South Africa in 2010 and Germany in 2006) and have given tens of millions of football fans to watch the action on big screens.

All of the Qatar 2022 matches will be screened on giant screens, but on the days without games, the venue will transform to host live music from international and regional artists, plus family-friendly entertainment activities. It will also be home to an official FIFA store. 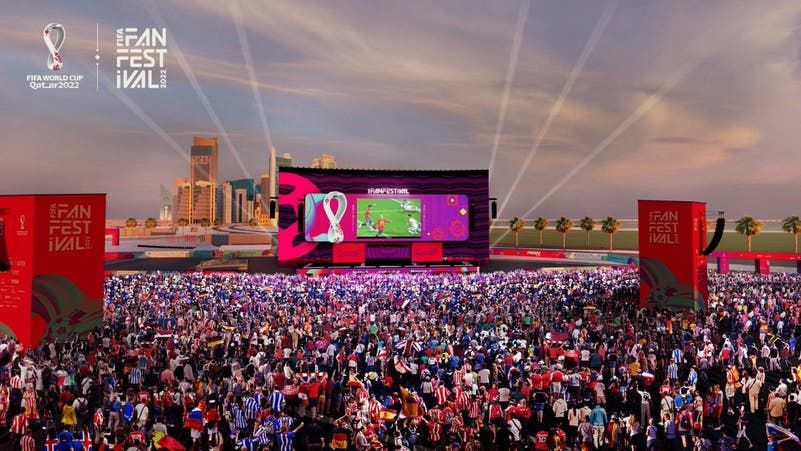 The FIFA Fan Festival at Al Bidda Park spans 500,000 square meters, and will see more than one million visitors over the course of the tournament.

Fan villages located on the outskirts of Doha, including the Qetaifan Island Fan Camp and the Fan Village Al Khorwill - also have dedicated fan zones where there will show the sporting action.

Riyadh Season 2022 will have 15 zones with one entire zone dedicated to the football’s biggest tournament.

The Fan Festival zone will have three mega screens to stream the World Cup, featuring live concerts, shows, and esports tournaments. The Fan Festival zone at Mrsool Park will accommodate 20,000 fans for each game and will include exhibitions on late football star Diego Maradona and another exhibition on the Newcastle Club

The Groves zone will also include entertainment shows, dining, and a dedicated space for World Cup fans.

It will be one of a plethora of football fan zones being stages across the GCC during the month-long football tournament – the first time the World Cup has been staged in the Middle East.

One of the emirate’s largest fan zones, McGettigan’s - a traditional favorite for sports fans - and DGT Events are also taking over Media City Amphitheater during the month-long football tournament to host Fanzone, a space dedicated to screening the matches.

Organizers say the UAE’s largest TV screen will be installed at the venue, allowing up to 5,000 fans to watch the action from locations across the park. As well as showing the games, the venue will host live music and family-friendly activities. The $40 (AED 150) entry fee is redeemable against food and drink.

Dubai has been selected to host one of the six flagship International FIFA Fan Festivals, alongside London, Mexico City, Rio de Janeiro, Sao Paulo and Seoul.

BudX FIFA Fan Festival, a custom-created arena in Dubai Harbor, is equipped to host up to 10,000 people, and will screen all games on gigantic 330-square-meter screens equipped with 4D audio.

Football fever will also be up front and center at the Football Park at Dubai International Financial Centre (DIFC).

The Football Park will open on the podium level of Gate Avenue and will host Michelin-starred restaurants, butler service and a concierge for fans wanting to experience the world’s greatest football tournament in style. 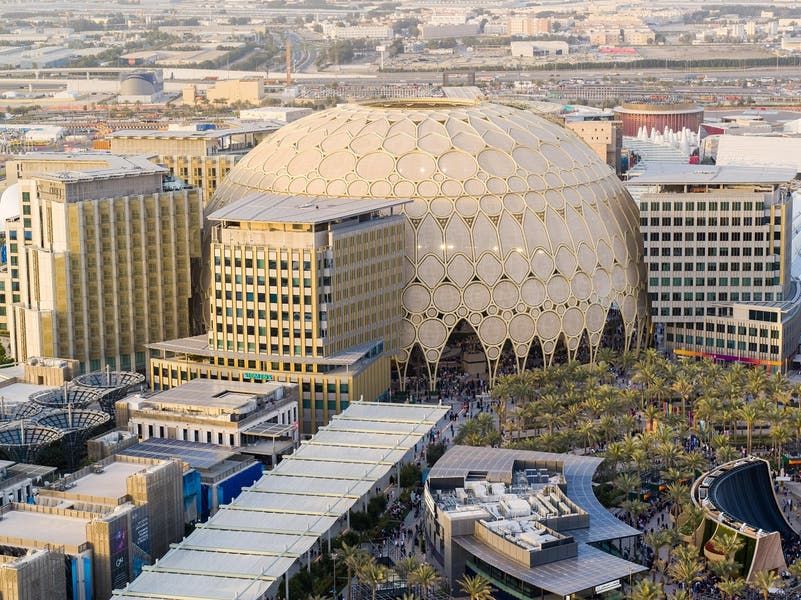 Two zones will be available, one at Jubilee Park and a second “more deluxe experience” at Al Wasl, information from the organizers said.

Starting December 3, the Al Wasl venue will offer a “VIP guest experience” under the iconic dome of the Expo City, information shared with the media said.

Four jumbo screens will broadcast the matches live while the in-game graphics will be projected onto the Al Wasl done.

Precision Football — a venue dedicated to the sport — will be taken over by Press Play, an converted into a fan zone.

The facility will air all 63 games on a 250-square-meter screen.

Also in Dubai, the Habtoor Grand Resort has announced a ‘World of Sports Fan Zone’; a tented fan zone with big screens, food stalls, and the capacity to accommodate 1,500 football fans

In Abu Dhabi, the Department of Culture and Tourism has announced an all-new football fan zone UAE capital.

Located on Yas Links, Yas Island Abu Dhabi, residents can cheer on their teams at the dedicated venue which is split into four action-packed zones – complete with seating options, food, beverage and retail outlets.

With all games shown live, the fan zone will include specialist commentary, crowd and community competitions, entertainment and even a weekly FIFA 23 community gaming tournament.

Meanwhile, Abu Dhabi’s Al Maryah Island is set to open three fan zones, ahead of the FIFA World Cup Qatar 2022 which kicks off on November 20. The three zones will be located at Abu Dhabi’s Zsa Zsa lounge at Four Seasons Hotel, Glo Lounge at Rosewood and Loca.