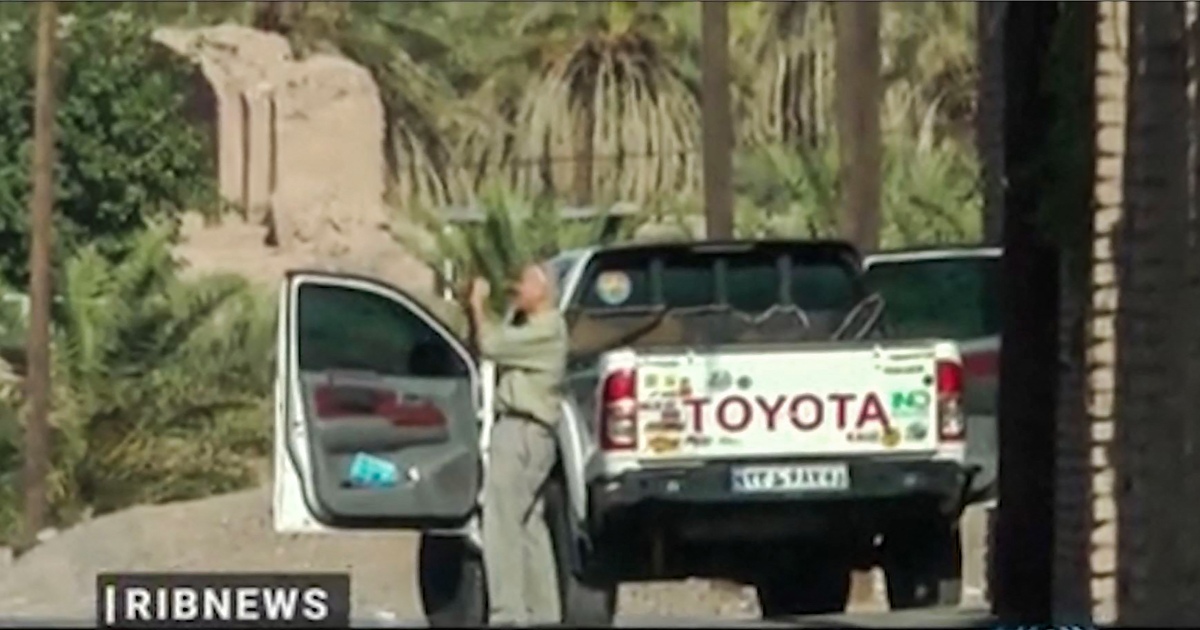 The United Kingdom has said “reports of the arrest” of a British diplomat in Iran were “completely false”, adding that the official had left the country in December.

The denials followed a report on Wednesday by the state-run Fars news agency that the Islamic Revolutionary Guard Corps (IRGC) had “identified and arrested diplomats from foreign embassies who were spying in Iran”.

The Fars report, which did not give the date of the alleged incident, said the United Kingdom’s deputy ambassador, later identified as Giles Whitaker, was captured on drone footage with others “sampling the soil of the forbidden area” in the Shahdad Desert in central Iran.

Iranian state television, meanwhile, showed videos of the group appearing to collect soil samples and take pictures in the desert. The video shows a man the report says is Whitaker. Another man is shown blindfolded in the back of a car at a different point in the clip.

The report linked the incident to Israel, accusing it of “using nationals from third countries who are linked to foreign embassies” to investigate “the possible military dimension of Iran’s nuclear program”. No evidence was provided for the connection with Israel.

The language used in the report appeared vague, but it did say that Whitaker was expelled from “the area”, rather than specifically referring to an arrest.

A spokesman for the UK foreign ministry said the “reports of the arrest of a British diplomat in Iran are completely false”.

Meanwhile, the UK ambassador to Iran tweeted: “These reports that our Deputy Ambassador is currently detained are very interesting … He actually left Iran last December, at the end of his posting.”

The Iranian media outlets did not give a timeline for when the incident allegedly occurred. The status of the other Western nationals reportedly arrested was not immediately known.

One man was identified in the state television report as “Maciej Walczak, head of the microbiology department at the Nicolaus Copernicus University in Poland”.

“This university is linked to the Zionist regime,” it said, referring to Israel.

Walczak, whose nationality was not specified, “entered Iran with three other people in the context of scientific exchanges but he went to the desert region of Shahdad as a tourist while missile tests were being carried out”, state television said. It said he took rock and soil samples.

State television also showed another man, identified as “Ronald, the spouse of the Austrian embassy’s cultural adviser”. It said he went to a village in the Damghan area east of Tehran and “took rock samples”.

He was also accused of “filming a military area in Tehran”, the broadcaster said. Austrian officials did not immediately respond to the reports.

The back and forth comes at a time of heightened tensions between Tehran and world powers over long-stalled attempts to revive a 2015 nuclear deal, which offered Western sanctions relief in exchange for guarantees to curtail Iran’s nuclear programme. Former United States President Donald Trump unilaterally withdrew from the agreement in 2018.

Negotiations to restore the deal began in April 2021, but have been at an impasse since March. Indirect talks hosted by Qatar last week ended after two days without any breakthroughs.

Iran, meanwhile, has expanded its nuclear programme in recent years, saying it was no longer beholden to the provisions laid out in the nuclear deal. For its part, the US on Wednesday announced a fresh round of sanctions targeting Iranian petroleum and petrochemical sales.

There has also been a recent uptick in confirmed detentions of foreigners in Iran, with critics accusing the government of holding over a dozen Western nationals as hostages in an attempt to extract concessions from the West.