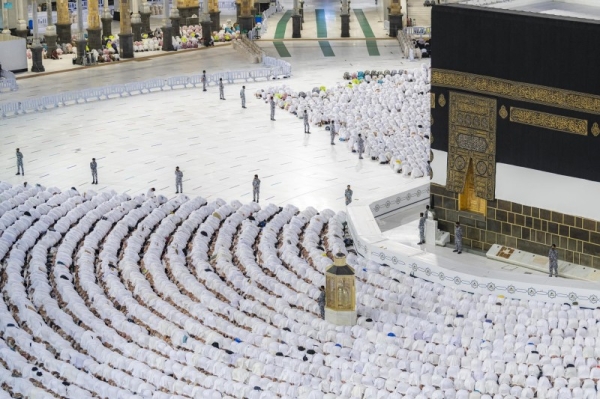 Arab Parliament Speaker, Adel bin Abdul Rahman Al-Asoomi, praised the extraordinary efforts of the Custodian of the Two Holy Mosques King Salman, and the Crown Prince Prince Mohammed bin Salman, Deputy Prime Minister, and Minister of Defense, aimed at facilitating all services provided to pilgrims, emanating from the vision and wise directives of the Saudi leadership.
The Speaker said in a statement issued today that these efforts reflect the care given by the Custodian of the Two Holy Mosques and his wise government represented by the ministries and sectors to facilitate the performance of the Hajj ritual, which was embodied by launching several strategic initiatives within the Saudi Vision 2030, which aimed to develop the Hajj and Umrah sector to achieve the aspirations and the vision of King Salman and the Crown Prince.

Al-Asoomi highlighted the measures that the Kingdom is taking to receive the pilgrims and facilitate their movement while performing the Hajj ritual, as well as strengthening the precautionary and preventive measures to ensure the health and safety of the pilgrims in the first place so that they can perform the ritual in an atmosphere of complete tranquility with security, comfort, stability and safety, based on the directives of the Saudi leadership.

The Speaker said the Kingdom's unremitting efforts in this regard is not new, pointing out that Saudi Arabia has provided an inspiring lesson in crisis management after two exceptional seasons impacted by the repercussion of the Coronavirus pandemic, as the Kingdom proved to the whole world its ability to overcome any crises that might face the pilgrims, facilitate their rituals, provide maximum comfort and concern for the health of pilgrims under challenging circumstances.
#Coronavirus