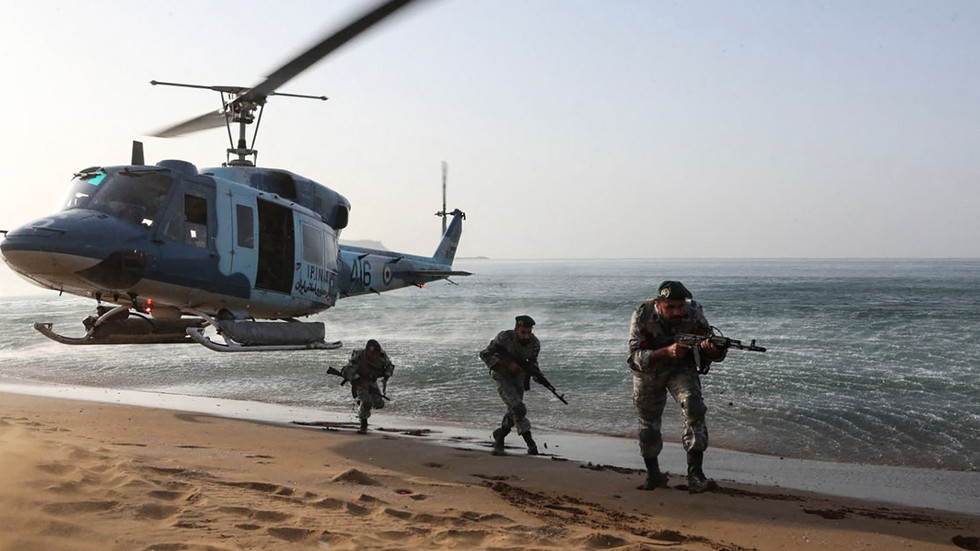 Iran kicked off a large-scale military exercise on Sunday. The maneuvers take place weeks before negotiators are set to meet for a new attempt at salvaging the 2015 nuclear deal.

The drill, dubbed ‘Zolfaghar-1400’, includes maneuvers in parts of the Red Sea and the Gulf of Oman, which is connected to the Persian Gulf through the strategic Strait of Hormuz.

The Iranian Navy and the Air Force were practicing striking targets, using various drones among other weapons, in the southern part of the country in close coordination with ground troops and rapid response units, Iranian media reported.

A spokesperson for the exercise, Rear Admiral Mahmoud Mousavi, was quoted by the media as saying that different branches of the military were training to carry out surprise attacks on the enemy. F-4 fighter jets practiced hitting naval targets with anti-ship missiles, among other activities, he said.

The commander of the Khatam-al Anbiya Central Headquarters, Major General Gholam Ali Rashid, said Iranian forces were “always ready for a strategic, operational and tactical confrontation” in defense against the US and Israel.

The exercise is taking place weeks before talks begin to revive the 2015 international nuclear deal, known as the Joint Comprehensive Plan of Action (JCPOA), which severely restricted the Iranian nuclear program in exchange for lifting foreign sanctions. The negotiations are expected to resume on November 29 in Vienna.

The US unilaterally left JCPOA under the Donald Trump administration in 2018 and re-imposed sanctions on Tehran. Iran responded by gradually scaling down its own commitments under the agreement.

Last week, President Joe Biden and the leaders of France, Germany, and the UK called on Iran to urgently “return to a good faith effort” to continue negotiations.

Iranian President Ebrahim Raisi reiterated on Thursday that the country would not abandon the talks, but would strongly continue to demand Washington lift sanctions on Tehran.