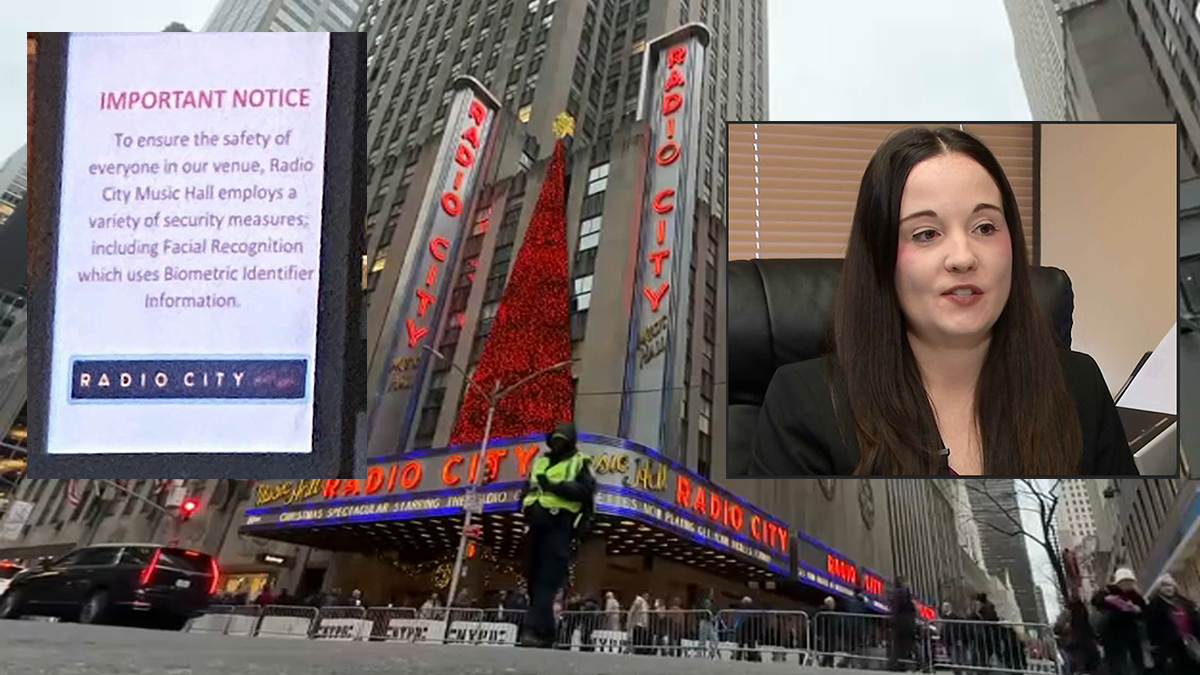 1984 is here: Face Recognition Tech Gets Girl Scout Mom Booted From Rockettes Show — Due to Where She Works

A recent incident at Radio City Music Hall involving the mother of a Girl Scout is shedding light on the growing controversy of facial recognition, as critics claim it is being used to target perceived enemies — in this case, by one of the most famous companies in the country.

A recent incident at Radio City Music Hall involving the mother of a Girl Scout is shedding light on the growing controversy of facial recognition, as critics claim it is being used to target perceived enemies — in this case, by one of the most famous companies in the country.

Kelly Conlon and her daughter came to New York City the weekend after Thanksgiving as part of a Girl Scout field trip to Radio City Music Hall to see the Christmas Spectacular show. But while her daughter, other members of the Girl Scout troop and their mothers got to go enjoy the show, Conlon wasn't allowed to do so.

That's because to Madison Square Garden Entertainment, Conlon isn't just any mom. They had identified and zeroed in on her, as security guards approached her right as he got into the lobby.

"It was pretty simultaneous, I think, to me, going through the metal detector, that I heard over an intercom or loudspeaker," she told NBC New York. "I heard them say woman with long dark hair and a grey scarf."

She said she was asked her name and to produce identification.

"I believe they said that our recognition picked you up," Conlon said.

A sign says facial recognition is used as a security measure to ensure safety for guests and employees. Conlon says she posed no threat, but the guards still kicked her out with the explanation that they knew she was an attorney.

Conlon is an associate with the New Jersey based law firm, Davis, Saperstein and Solomon, which for years has been involved in personal injury litigation against a restaurant venue now under the umbrella of MSG Entertainment.

"I don’t practice in New York. I’m not an attorney that works on any cases against MSG," said Conlon.

But MSG said she was banned nonetheless — along with fellow attorneys in that firm and others.

"MSG instituted a straightforward policy that precludes attorneys pursuing active litigation against the Company from attending events at our venues until that litigation has been resolved. While we understand this policy is disappointing to some, we cannot ignore the fact that litigation creates an inherently adverse environment. All impacted attorneys were notified of the policy, including Davis, Saperstein and Salomon, which was notified twice," a spokesperson for MSG Entertainment said in a statement.

Critics of the NYPD's use of facial recognition technology to identify suspects say the tool is inaccurate doesn't always work on people with darker skin but the police department argue that the technology is never the sole basis for an arrest. I-Team's Jonathan Dienst reports.

"This whole scheme is a pretext for doing collective punishment on adversaries who would dare sue MSG in their multi-billion dollar network," said Sam Davis, a partner at the firm where Conlon works.

Other firms have sued over being blacklisted. Conlon said she thought a recent judge's order in one of those cases made it clear that ticketholders like her "may not be denied entry to any shows."

MSG stated that "In this particular situation, only the one attorney who chose to attend was denied entry, and the rest of of her group — including the Girl Scouts — were all able to attend and enjoy the show."

"I was just a mom taking my daughter to see a Christmas show," Conlon told the I-Team. "I did wait outside...It was embarrassing, it was mortifying."

"The liquor license that MSG got requires them to admit members of the public, unless there are people who would be disruptive who constitute a security threat," said Davis. "Taking a mother, separating a mother from her daughter and Girl Scouts she was watching over — and to do it under the pretext of protecting any disclosure of litigation information — is absolutely absurd. The fact they’re using facial recognition to do this is frightening. It’s un-American to do this."

A spokesperson for MSG reiterated in a statement that safety is their highest priority and that facial recognition is just one of the methods they use. MSG Entertainment also said it is confident their policy is in compliance with all applicable laws, including the New York State Liquor Authority.