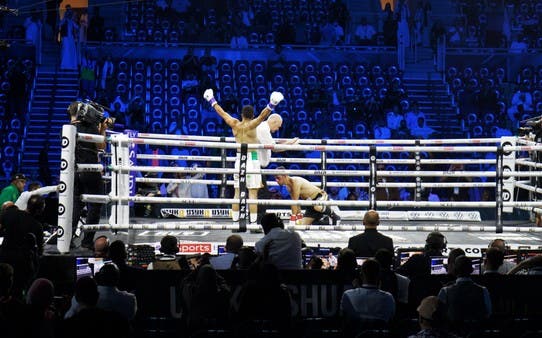 Ziyad ‘Zizo’ al-Maayouf has made history as the first person from Saudi Arabia to win a professional boxing match, after knocking out Alfredo Alatorre in the first round on Saturday.

The 22-year-old drew a huge reaction from the crowd at King Abdullah Sports City when he defeated Alatorre, who was also making his professional debut.

“What an honor it is to be here in front of my home people, in front of this crowd,” he said in a post-fight interview.

“It’s been years and years of hard work that people don’t see behind the scenes, but it all leads to a few minutes,” he went on to say. “And what better thing to do in a few minutes than that?” 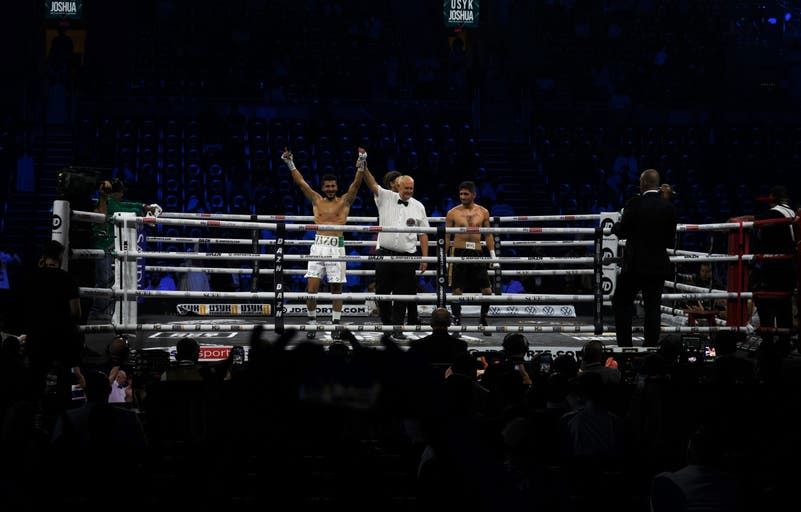 Ziyad al-Maayouf has his hands raised after knocking out Alfredo Alatorre, becoming the first Saudi to win a professional boxing match during the Rage on the Red Sea event in Jeddah on August 20, 2022.

Al-Maayouf spoke to Al Arabiya English during a press conference on Wednesday about how he has ambitions to become the most successful athlete in the Kingdom’s history.

He described it as the toughest camp that he has ever been through, partly due to being in unfamiliar surroundings in the UK, and partly because of the hard sparring that took place there.

The Rage on the Red Sea is a historic night for Saudi Arabia, as it also hosted the first-ever women’s boxing match in the Kingdom, which saw Ramla Ali defeat Crystal Garcia Nova in just over one minute.