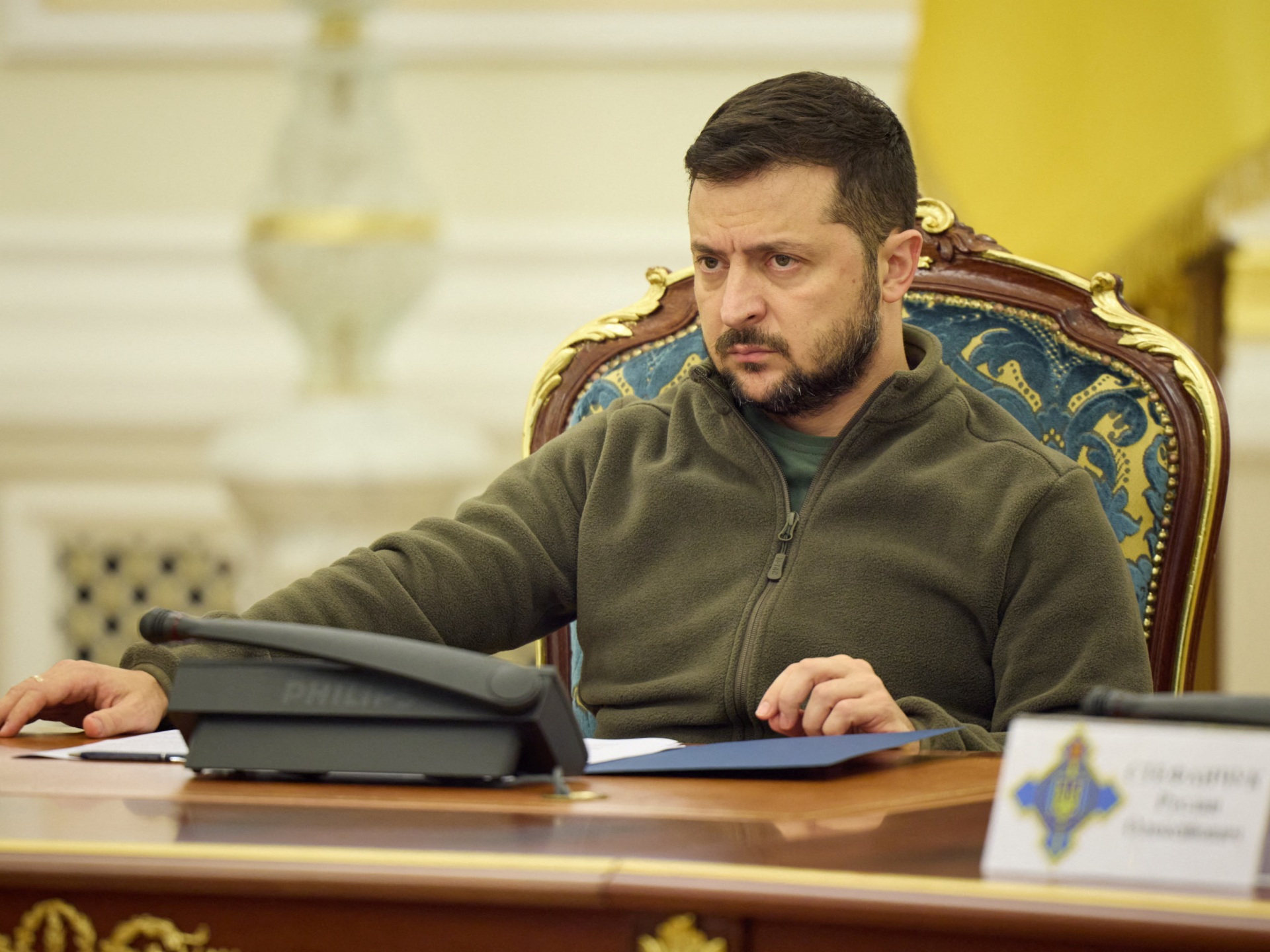 Ukraine’s leader rails against Israel’s refusal to provide its Iron Dome missile defence system, saying the attack on his country has brought Moscow and Tehran closer together.

President Volodymyr Zelenskyy has criticised Israel’s neutrality in the Ukraine war, saying the decision by its leaders not to support Kyiv with weaponry has encouraged Russia’s military partnership with Iran.

Ukraine’s army is beating the Russians on the battlefield, “but unfortunately we do not have our own Iron Dome. We still do not have a modern and effective air defence and missile defence system that could secure our skies.” he said by video link.

Since the Russian invasion in February, Israel has offered humanitarian assistance to Ukraine but has held back from providing military equipment for fear of harming relations with Russia.

The decision “not to annoy” Russia by helping Ukraine militarily enabled the partnership between Moscow and Tehran, Zelenskyy said, without specifying how exactly.

“This alliance of theirs simply would not have happened if your politicians had made only one decision at the time,” Zelenskyy said. “… It seems that it was adopted a long time ago – in 2014 when Russia began its aggression against Ukraine.”

Ukraine’s leader has on several occasions criticised Israel for failing to firmly oppose Russia’s attack on his nation.

After exhausting its own missile stocks, Russia went looking for weapons from other countries, Zelenskyy said.

“It found them in Iran. I have a question for you: How does Russia pay Iran for this in your opinion? Is Iran just interested in money? Probably not money at all, but Russian assistance to the Iranian nuclear programme.”

He said Russia ordered about 2,000 Shahed-136 “kamikaze” drones from Iran, the same kind Kyiv says Moscow has been using in its recent attacks against Ukraine.

“The disgusting sound of Iranian drones is heard in our skies every night. According to our intelligence, Russia ordered about 2,000 Shaheds from Iran,” Zelenskyy said. “Iranian instructors came to teach Russians how to use drones [in Ukraine].”

Iran has denied providing Russia with weapons for the war.

“The Islamic Republic of Iran has by no means supplied any side with arms to be used in the war in Ukraine, and its policy is to oppose arming either side with the aim of ending the war,” said Hossein Amirabdollahian, Iran’s foreign minister.