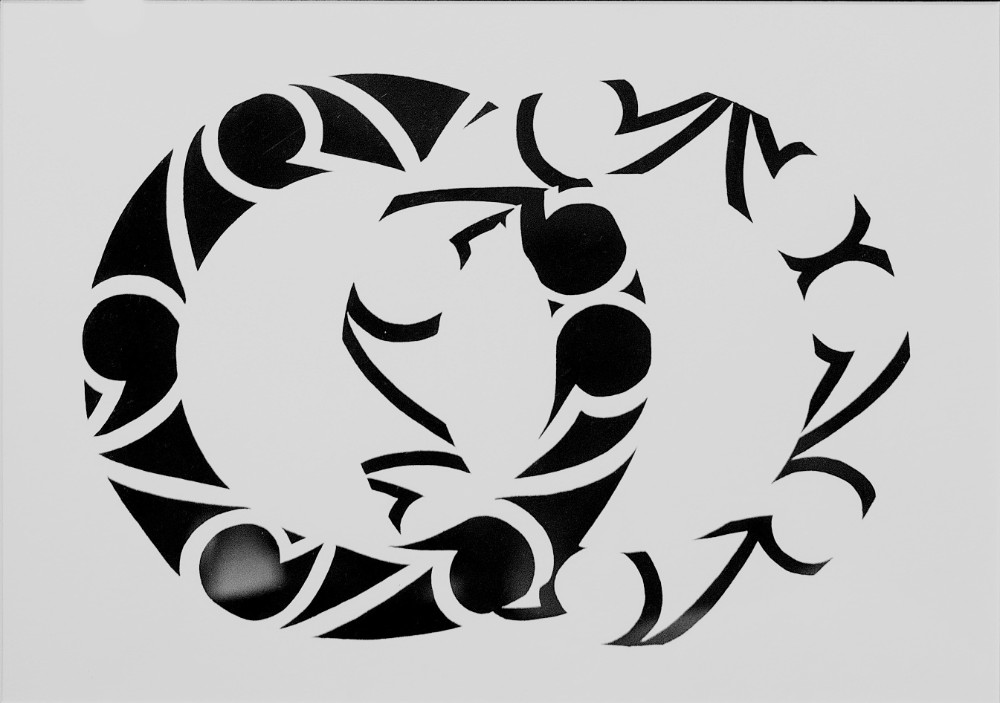 A 22-year-old artist, Lama Abdulrahman, has taken traditional Islamic art and experimented with it, creating her own unique style while still keeping the spirit of the art alive.

Her main style is Islamic geometry, though she likes experimenting with many different mediums, Abdulrahman said.

“Mainly, I love patterns; I play around with patterns depending on my mood, so I was discovering the different kinds of patterns when I found Islamic geometry. It is very precise and has a lot of patterns and structure.

“I absolutely fell in love with the rhyme and rhythm of it; that’s where I decided that this is what I want to pursue further.” 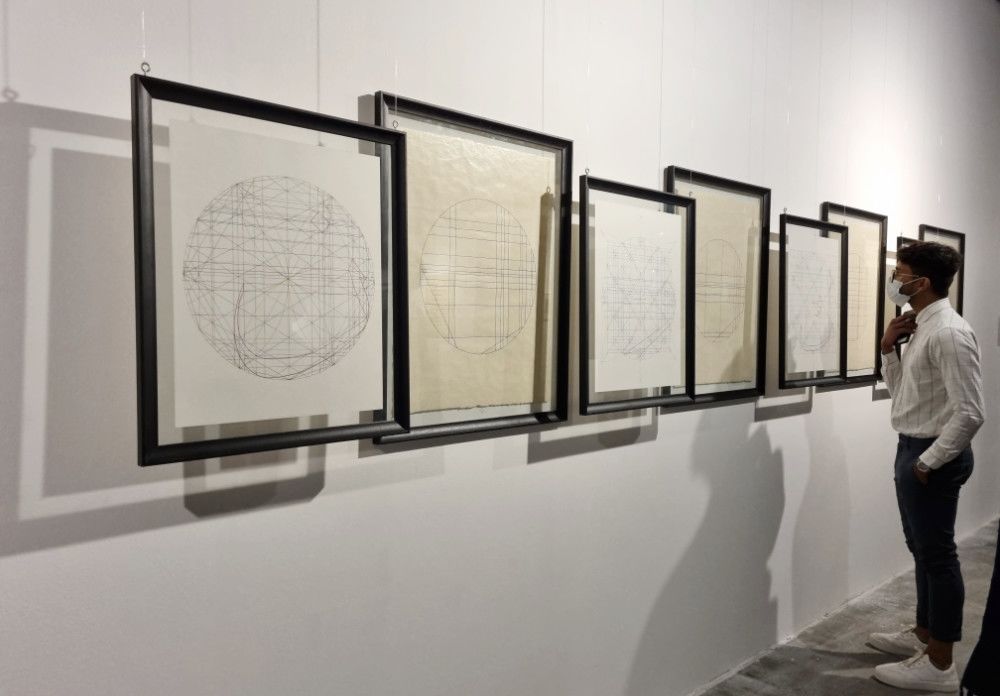 visitors in Athr gallery marveling over "Sukoon" an artwork that shows.

Art is often described as a visual representation of one’s feelings; when following the abstract style of art, the artist does not plan the course of action, Abdulrahman said, adding that she is extremely connected to her style but in a different way. “Usually, artists go about expressing their emotions in a very ‘flowy’ manner, but for me, it’s grounding when I draw the perfect line, and when the shapes form and they are perfect, that gives me inner peace.”

She defined the feeling of constructing a well-proportioned pattern as “serene,” since Islamic geometry has sacredness. The artist said that her connection to her art is strong because, when she is insecure about her work, she also feels insecure about herself. 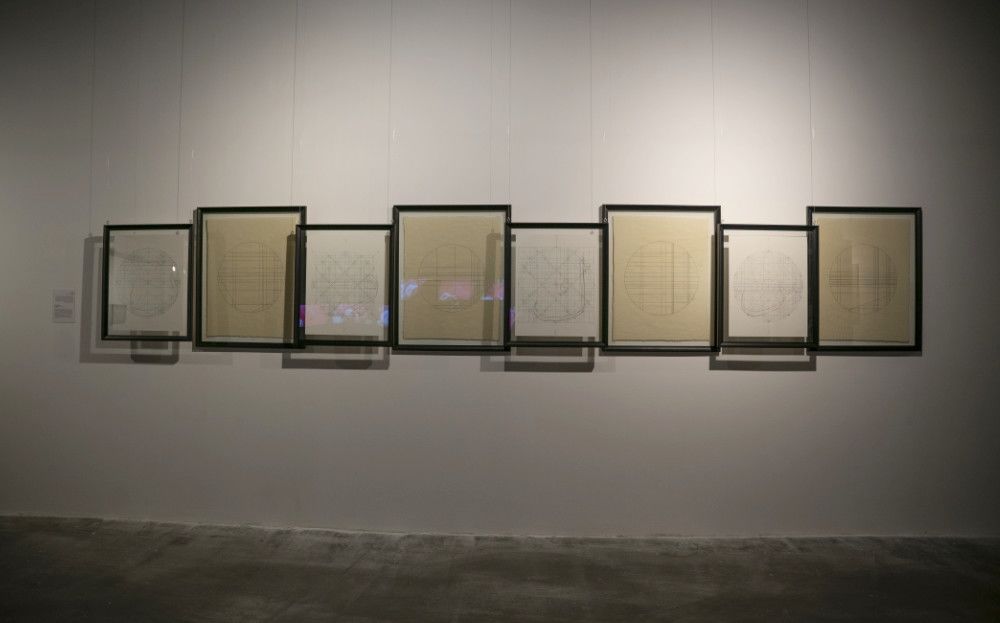 The artwork that was exhibited in Athr gallery, by Lama Abdulrahman.

Abdulrahman said that for her work, she chose to do the majority of pieces in black and white. “The point of that is to show how the shape came to be, the beauty of the shapes and patterns themselves without adding color to it,” she added.

Recently, she showcased her artwork in Athr Gallery in Jeddah, which was a first of its kind. She united the two styles, making the proportions a meeting point of calligraphy and geometry titled “Sukoon” (Tranquility).

The young artist said that she was scared to present it to the audience because both the art styles she was using are sacred, but that people received them well.

“One of the visitors even said that, even though there are a lot of lines and colors, the piece itself had a lot of chaos drawn into it, (yet) she still felt tranquility. My message reached this one person, and that meant the world to me,” Abdulrahman recalled. “ 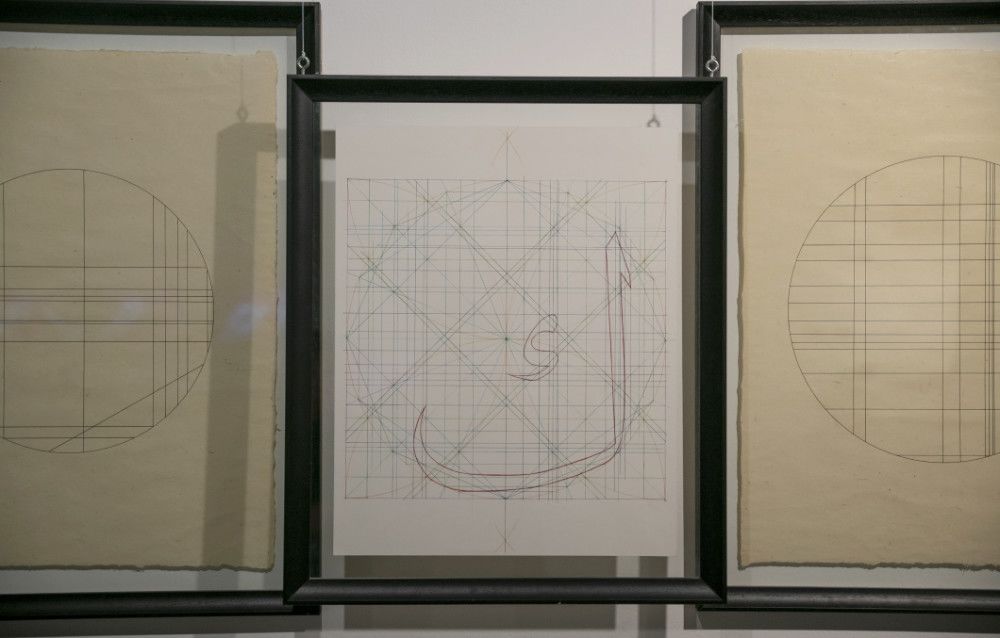 The construction of the letter Kaaf is represented by Islamic geometry.

There is … pressure that every single pattern I draw and analyze has been drawn before. I always have the fear that I might ruin this historical artifact,” she said, sharing the fears that she faces on a daily basis.

Another challenge that Abdulrahman said was common, but not talked about enough, was imposter syndrome, or feelings of self-doubt or incompetence despite qualifications and experience.

She said that an inner voice was always telling her that she hasn’t studied art or that this art form was not for her to put her spin on, yet she still persisted.

The number of Islamic geometry artists is scarce in Saudi Arabia. Most of the research available on the topic can be found only in English. According to Abdulrahman, there is so much artists have been missing out on as a result of this barrier. “Only recently have they started to explore this field, I feel like we have a whole unexplored gold mine here.”

Abdulrahman aspires to reach a level where she can put up her own art gallery without having her name attached to someone else. “I would like my art, and my potential, to speak for itself,” she said.