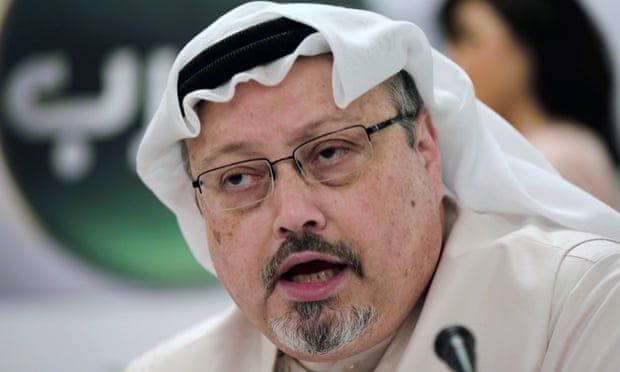 Suspension of trial reflects President Recep Tayyip Erdoğan’s desire to strengthen trade and political links with Middle East
A Turkish court has confirmed a request from prosecutors to transfer the case against the alleged assassins of Jamal Khashoggi to Saudi Arabia, shutting down a trial that had been a centrepiece of attempts to cast light on the plot and expose the hit squad’s ultimate leader.

The move ends any meaningful hope of securing justice and paves the way for a political reset between the Turkish president, Recep Tayyip Erdoğan, and the Saudi crown prince, Mohammed bin Salman, the kingdom’s de facto ruler whose security aides were on trial in Istanbul and who is widely believed to have ordered the murder.

It follows Erdoğan’s attempts to reboot relations with regional rivals, including the UAE and Egypt. The veteran leader faces an election next year in which Turkey’s stagnating economy is likely to feature prominently, and his moves in the Middle East are aimed at boosting trade and investment ties that could ease the downturn.

The Khashoggi case had been an obstacle to warmer political ties, and Riyadh had made clear to Ankara that a thaw could only come with an end to the continuing exposure of the 2018 slaying.

“[Prince Mohammed] is playing hard to get and Erdoğan really wants to make up with him,” said Soner Cagaptay, a senior fellow at the Washington Institute. “It has a lot to do with Turkey’s strategic isolation in the Middle East […] But also Turkey giving him a pass on this is related to Erdoğan’s economic vision. He has to deliver some economic growth in the run-up to the 2023 elections if he wants to win again. There is no way he’s winning if he doesn’t deliver growth.

“He wants to open Turkey for business, which is why he’s courting Russian oligarchs and why he has reset with the Emiratis and it’s why he’s reaching out to Saudi too.

Khashoggi’s murder and dismemberment was one of the most consequential political assassinations of modern times, bringing Prince Mohammed’s honeymoon with Washington to a sudden halt and casting a pall over the young leader’s social and cultural reform programme. His human rights record has been subject to relentless scrutiny ever since.

It is not yet clear whether Saudi officials will open a new trial. However, the option is considered unlikely, given the kingdom’s determination to excise the case from the public arena.

An earlier trial in Riyadh of eight alleged hitmen ended in four men being given death sentences that were later commuted and another four being given long prison terms. However, at least two of the convicted men have been sighted in a security compound in Riyadh, far from the country’s infamous prison system.

Khashoggi was killed on 2 October 2018 at the Saudi consulate in Istanbul, where he had gone for an appointment to collect documents required for him to marry his Turkish fiancee, Hatice Cengiz.

The killing was caught on listening devices planted by Turkish intelligence. The dissident was strangled by security aides and then dismembered by a forensic scientist who worked for Saudi intelligence. His body was then transferred in pieces to the nearby Turkish consul general’s residence, where it is thought to have been burned in an outdoor oven. No remains have ever been found.
#Jamal Khashoggi