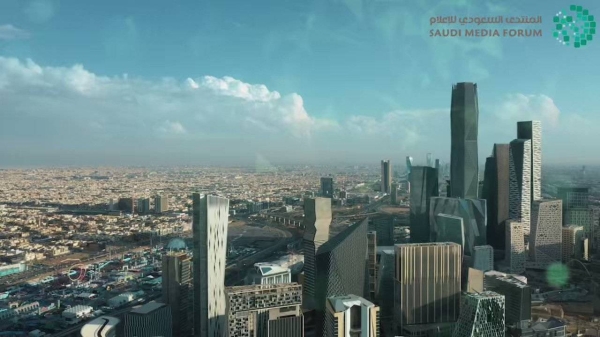 Second Saudi Media Forum to be held in February

The Saudi capital city of Riyadh will host the second edition of the Saudi Media Forum on Feb. 20 and 21, 2023.
The event will witness the announcement of the names of the winners of the Saudi Media Forum Award in the presence of more than 1,500 media professionals and experts as well as stakeholders from within the Kingdom and various countries around the world.

The Saudi Media Forum President Mohammed Al-Harthi said that the forum is a media and cultural platform for dialogue, discussion and offering opinions on the reality and future of the media, which is witnessing rapid development.

“The forum would take place at a time when the Saudi media is witnessing an unprecedented boom, by keeping pace with media changes in the world, by employing highly advanced technologies, which contributed to the spread of its content on a global scale.”

“The forum is an opportunity to meet with intellectuals, writers and opinion makers from different countries of the world, and learn about the most successful media experiences,” he added.

The forum will discuss, through its various sessions and workshops, developments in the global media sector in its various forms such as print, audio, visual, and digital.

Saudi Media Forum also will review the most prominent local and international experiences in the media, and its role as an important industry in handling social, political, sports and economic issues.

The forum highlights the new dimensions of journalism and the importance of digital media, mobile journalism, and digital platforms.

The forum also will discuss the reality of Arab media and many media-related issues.

In the same context, the Saudi Media Forum Award opens its doors to competing media professionals in the print, television and digital media, and honors prominent media personalities who have made outstanding contributions in the Saudi and Arab media.

The first edition of the forum, held in Riyadh in 2019 under the umbrella of the Saudi Journalists Association, achieved widespread success, with the participation of more than 1,000 local, Arab and international media personalities from 32 countries.

The forum was scheduled to be held annually, to contribute to developing the media industry in the region, and keeping pace with the accelerated developmental in the Kingdom but it was postponed due to the spread of COVID-19.

All details related to the forum can be found on the official website of the forum https://saudimf.com or follow its accounts on social media sites.
#COVID-19  #Covid