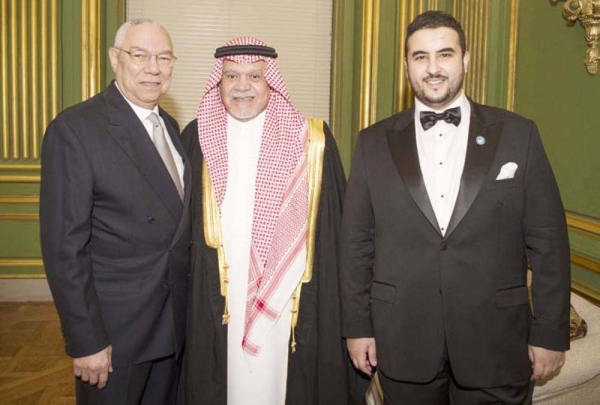 Saudi Ambassador to the US Princess Reema bint Bandar mourned the death of former US Secretary of State Colin Powell, describing him as ‘friend of the Kingdom.’
Colin Powell, has died from complications from COVID-19, his family said on Facebook on Monday.

Princess Reema said on her Twitter account: “Saddened by the news of the passing of Secretary Colin Powell, who was not only a statesman dedicated to serving his country, but also a friend of the Kingdom and the region.”

The Saudi ambassador at Washington offered her sincere condolences to Powell family and loved ones.

“During my father Bandar bin Sultan’s tenure in Washington, D.C. Colin Powell was a dear friend.”

“He was instrumental in solving many of the world’s problems, a legacy that spans generations. His lifetime of devoted service to his country will not be forgotten,” she added.
#Facebook  #COVID-19  #Covid