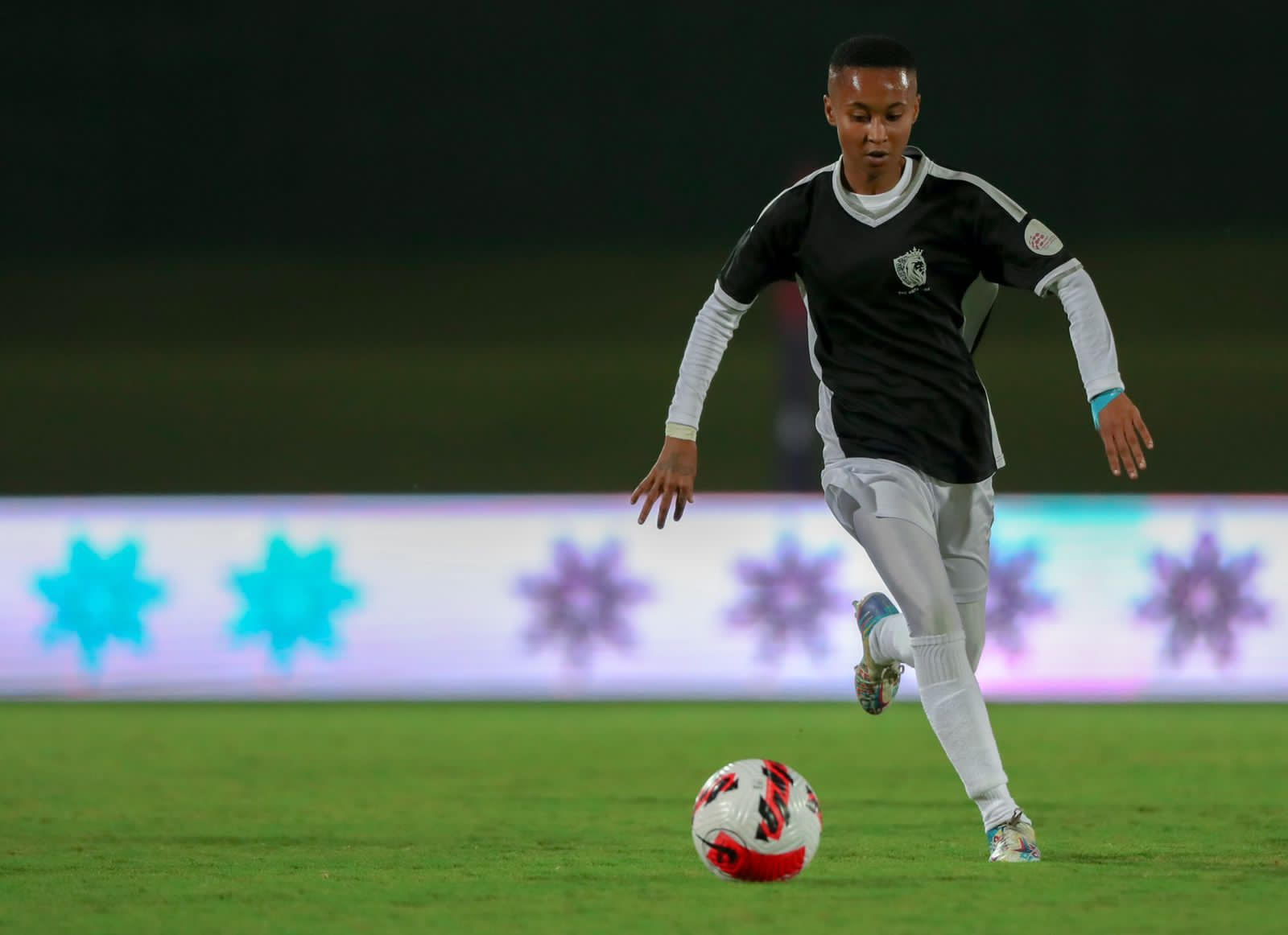 The final whistle has blown in the group stage of the Regional Football League, the first official league competition for female soccer players in Saudi Arabia, with Al-Yamamah, Jeddah Eagles and Eastern Flames crowned champions of the central, western and eastern divisions, respectively.

In addition to the pride and joy they felt while competing in a league of their own, the players said it gave them the chance to develop their technical skills and improve their physical fitness, in anticipation of a chance to represent their country in a Saudi national women’s team in the future.

Sama Al-Sabiani of western division side White Lion said she really enjoyed playing in the first women’s league in the Kingdom, and that it had helped improve the organization of the team and resulted in remarkable improvements in the performance of the players as it gave them the opportunity to play against strong opponents.

“As players, we gained endurance and played with a higher fighting spirit than ever before; we gave it our all,” she said.

“Not only did we give a great performance, we really enjoyed ourselves.”

The 16-team league provided strong motivation for the players to develop and improve their skills, Al-Sabiani said, and White Lion trained really hard for it, although ultimately they finished outside the top three in their division who now proceed, with the top three in the central division and the top two from the eastern division, to the national championship, which begins at King Abdullah Sports City on New Year’s Day.

“As players, we fought and won several games, and we aspired to more victories to qualify for other leagues in the future,” Al-Sabiani added.

Rana Abdullah Saeed, a midfielder for The Storm, who finished second in the western division, said: “I had a great experience and I am very happy that the Saudi Arabian Football Federation has taken this step. I am sure the SAFF will organize more leagues in the future and will continue to support women's football in particular, and sports in general.”

She added that the new league has had a very positive effect on her game.

“I was able to improve my technical skills and this experience has given me the motivation to develop my performance both on and off the field, making sure I eat right and educate myself more by reading sports books and watching videos on YouTube,” she said.

“This league, in particular, has helped me discover my strengths and weaknesses and I aspire to represent the Saudi national team thanks to my recent experience.”

White Lion player Houriya Al-Shamrani also said that the experience of playing in the Regional Football League had helped her to improve her skills and gain experience, and also helped the players to develop a competitive team spirit. She added that she benefited from playing under pressure and on natural grass.

“I was able to maintain my fitness level and meet many talented players,” Al-Shamrani said. “I also had the opportunity to speak with the undersecretary for planning and development at the Ministry of Sports, Adwa Al-Arifi, and listen to her advice. I will never forget her support when I was injured.

“I aspire to be the best player in the league and represent the Saudi national team and I want to be the first Saudi player to participate in the English Premier League.

“I would like to thank Crown Prince Mohammed bin Salman and the SAFF for giving us this opportunity and I am sure the best is yet to come.”