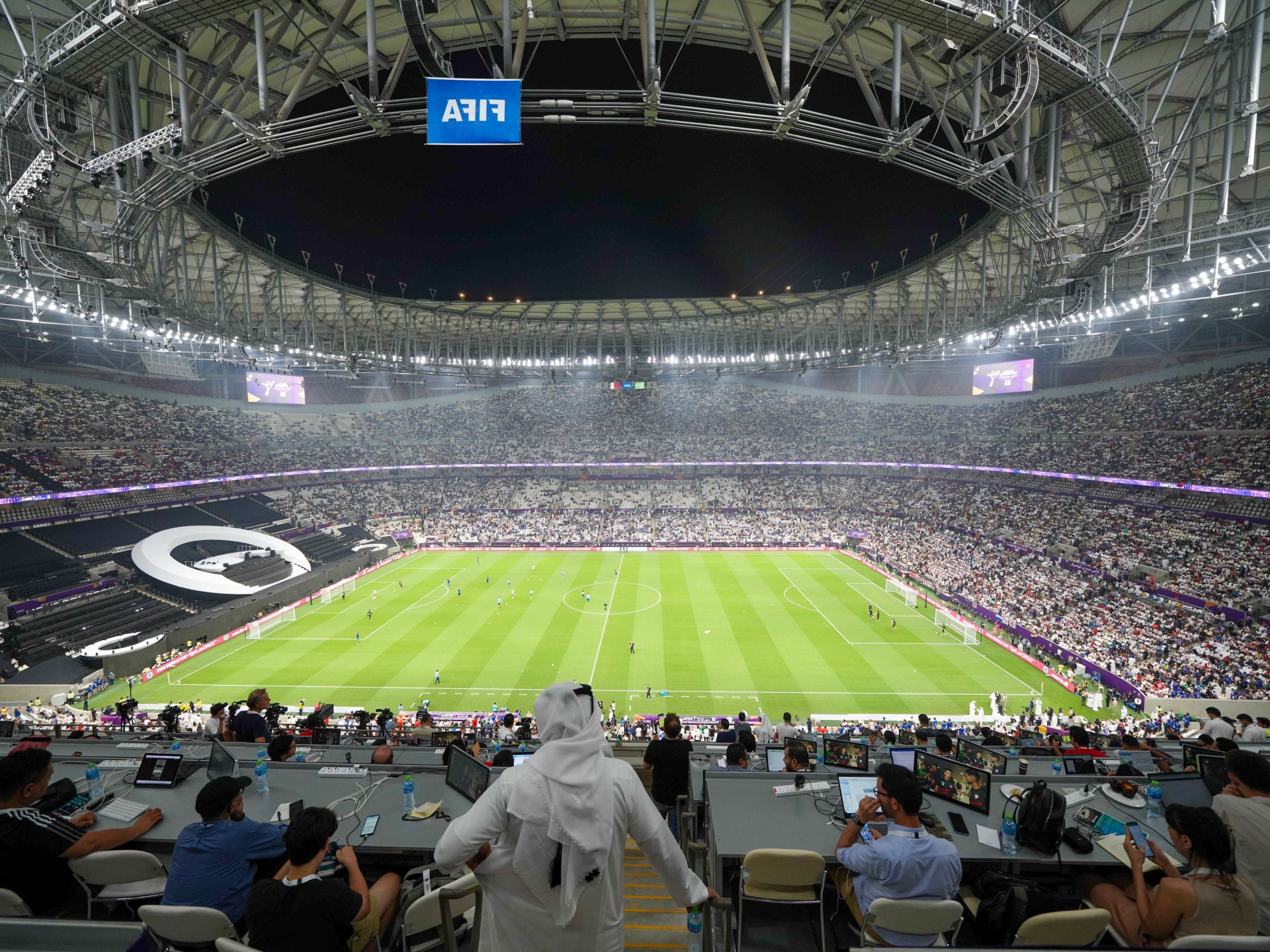 Lusail Iconic Stadium, the last to be officially inaugurated, was put through its first test.

The $675m stadium that Qatar will use for this year’s World Cup final was put through its first test with a match between the Egyptian and Saudi champions.

Seventy-two days from the start of the tournament, organisers said that more than 77,000 fans were inside the 80,000-capacity Lusail Iconic Stadium for the pre-match concert by Egyptian superstar Amr Diab and the game in which Al Hilal beat Egyptians Zamalek on penalties after a 1-1 draw.

Lusail Stadium is the last stadium to host a competitive fixture and is at the heart of a new city being built north of the Gulf state’s capital Doha.

It will host 10 World Cup matches, including the December 18 final.

The game was a test run for security, the border immigration system and the Doha Metro as well as crowd management.

Hundreds of Saudi and Egyptian fans crossed the Abu Samra border in buses, after leaving their cars on the Saudi side.

FIFA says that 2.45 million of the three million World Cup tickets have been sold and that a final round of online sales will be held later this month. 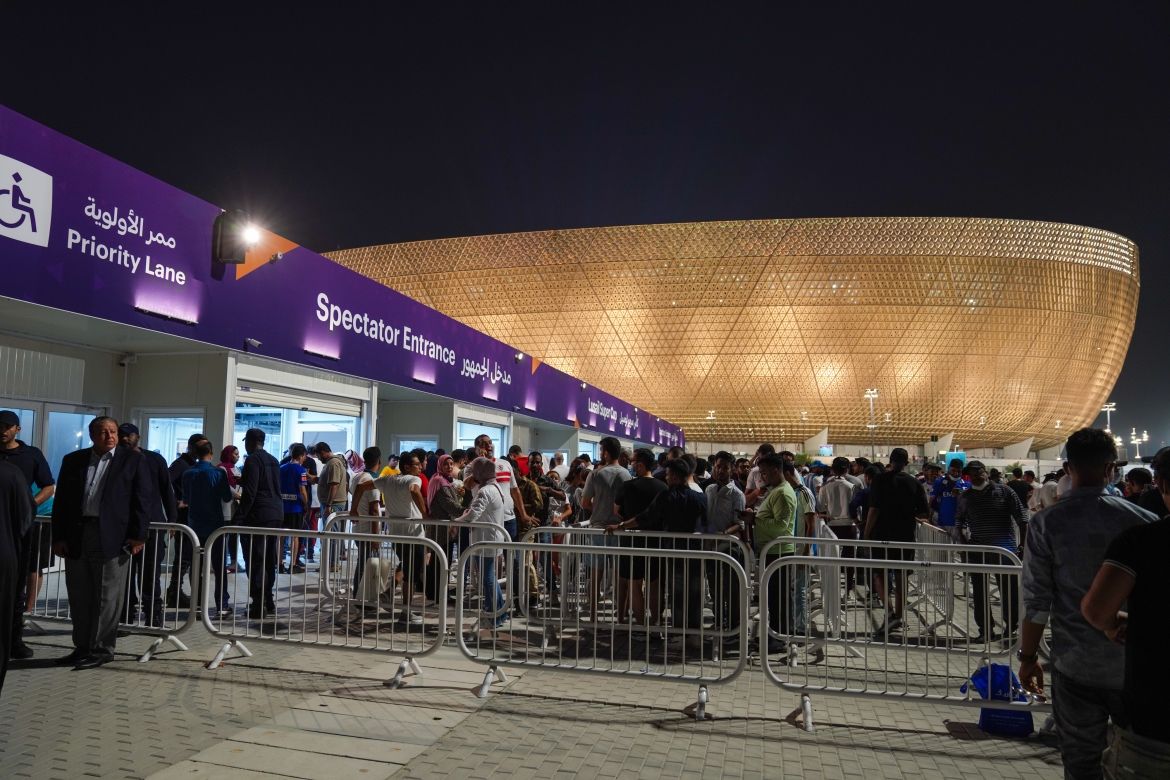 Fans gather at the security gates before entering the stadium. 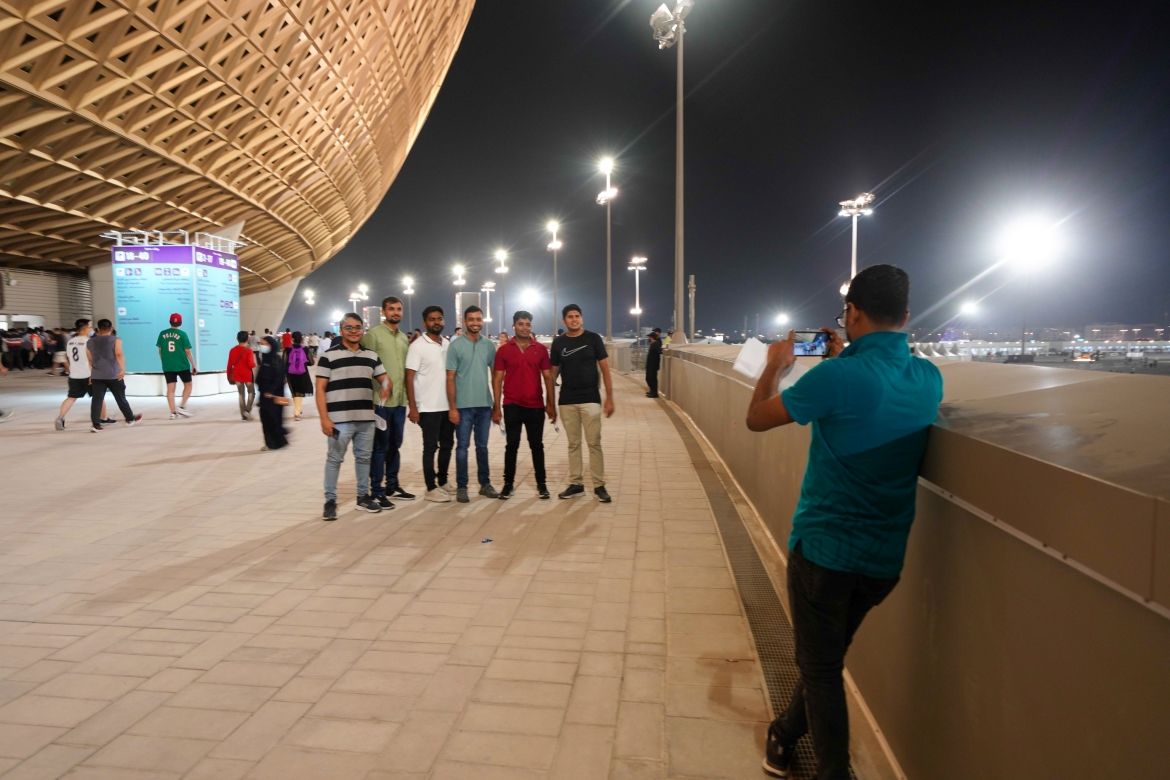 Spectators stop for a photo outside the stadium that will host the World Cup final on December 18. 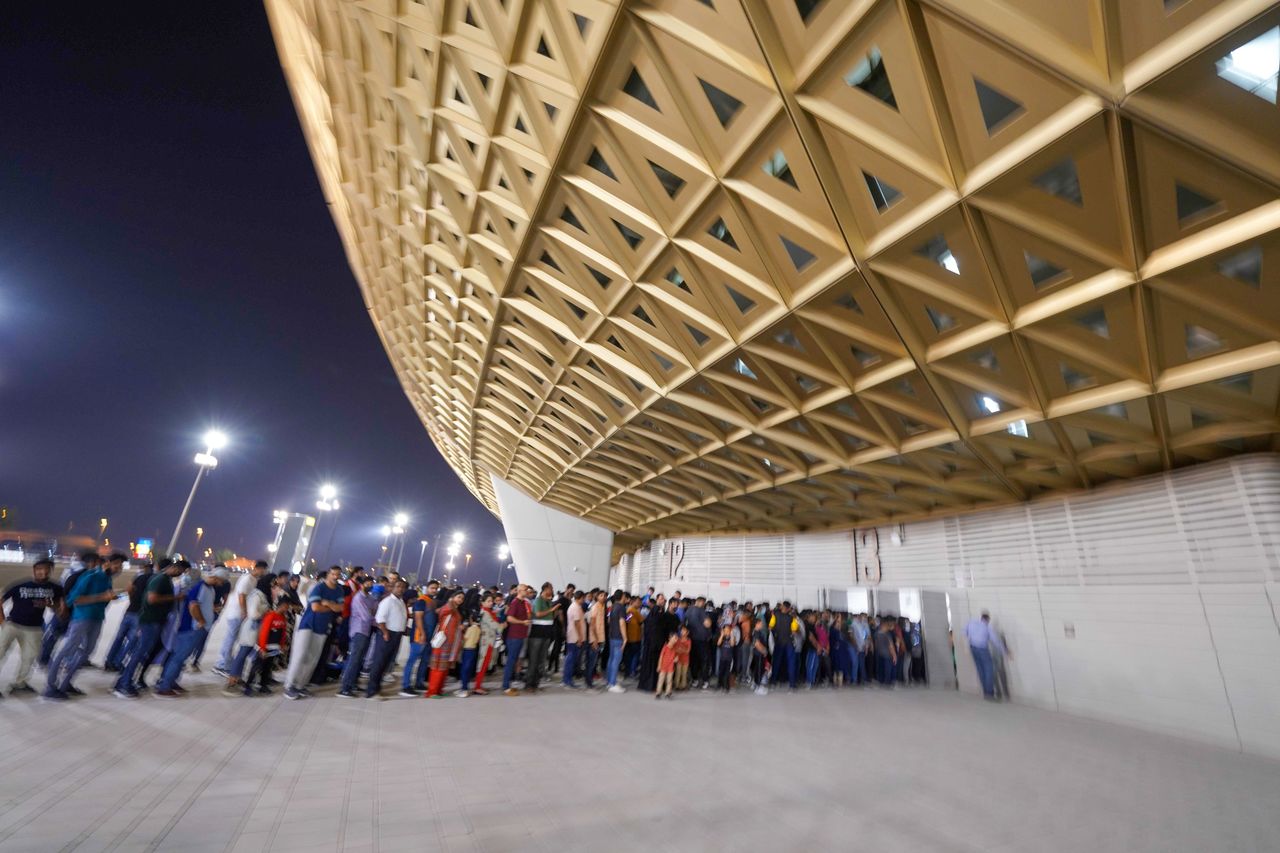 People stand in a queue to scan their tickets. 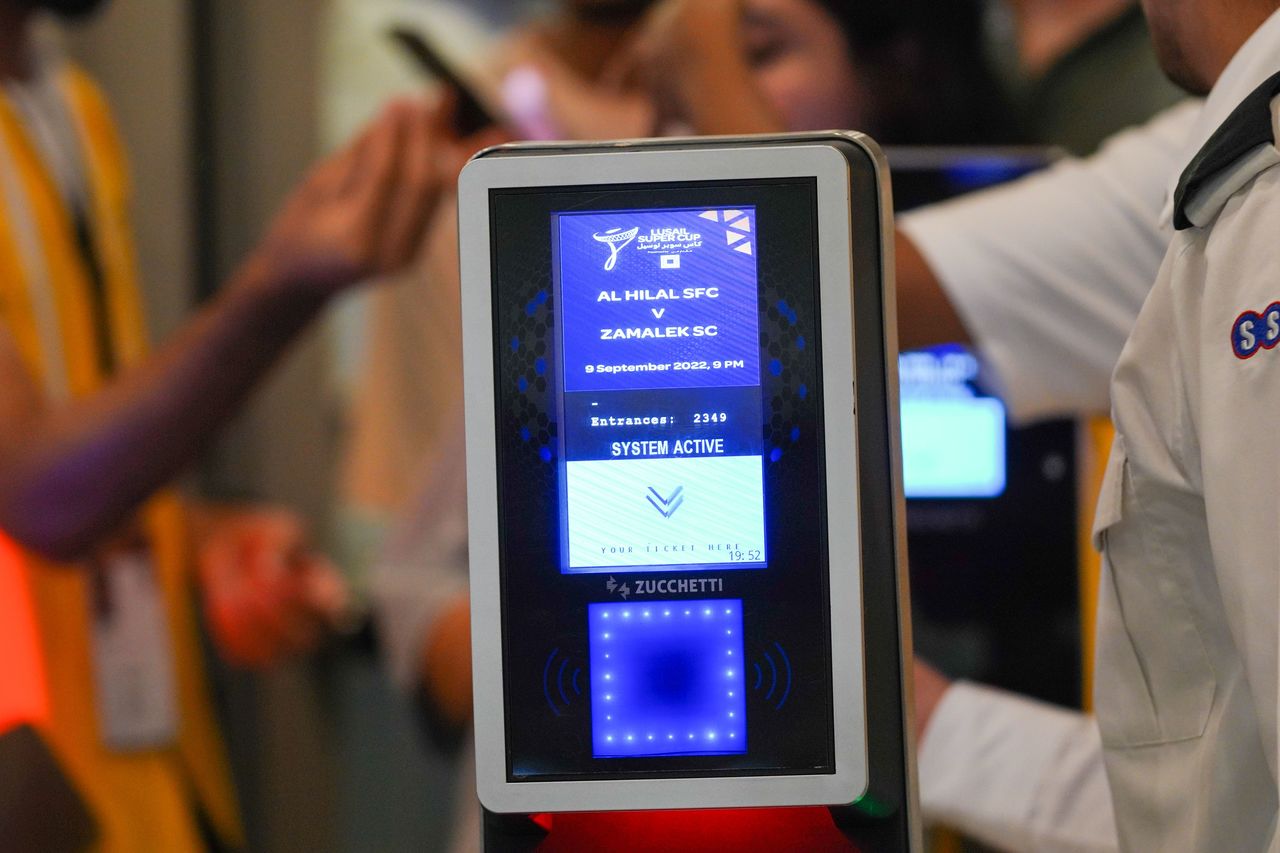 The ticket scanning system at Lusail Iconic Stadium. The game between the Saudi Professional League champions and Egyptian Premier League winners was the first match to be held at the stadium featuring two foreign teams. 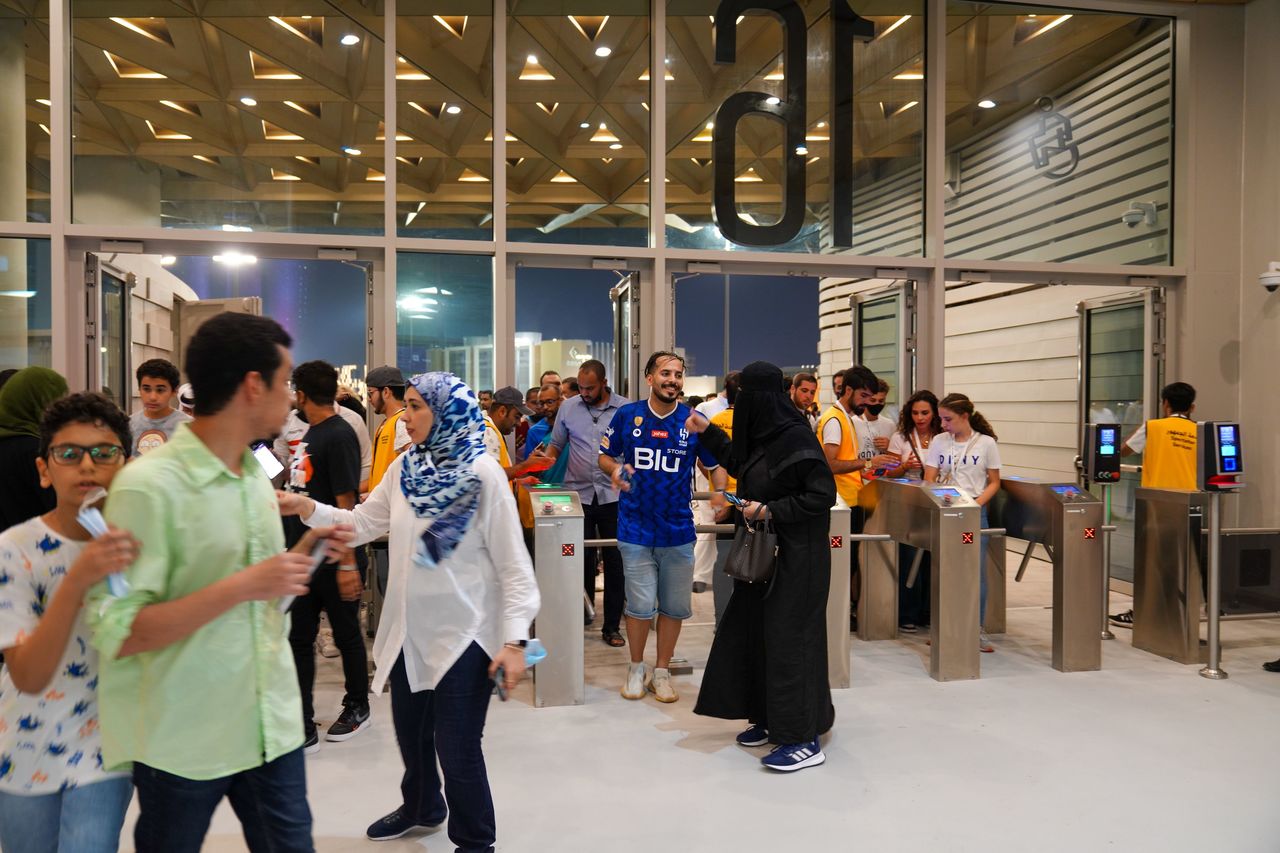 Fans enter the stadium before the match. Qatar 2022 CEO Nasser al-Khater has said there was 'no better way to test the full capacity of Lusail Stadium than by hosting two of the region’s biggest clubs'. 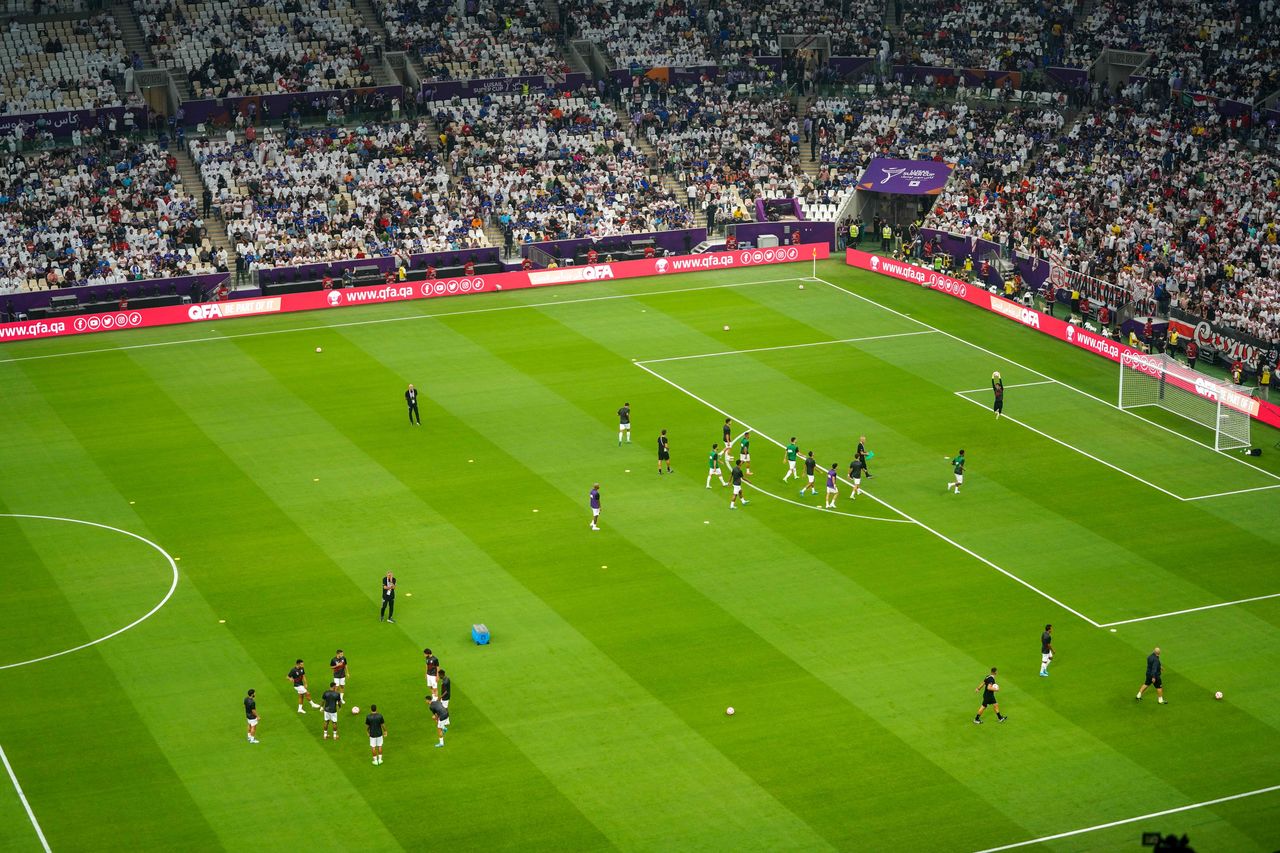 Al Hilal and Zamalek players were greeted by a massive crowd insde the stadium. 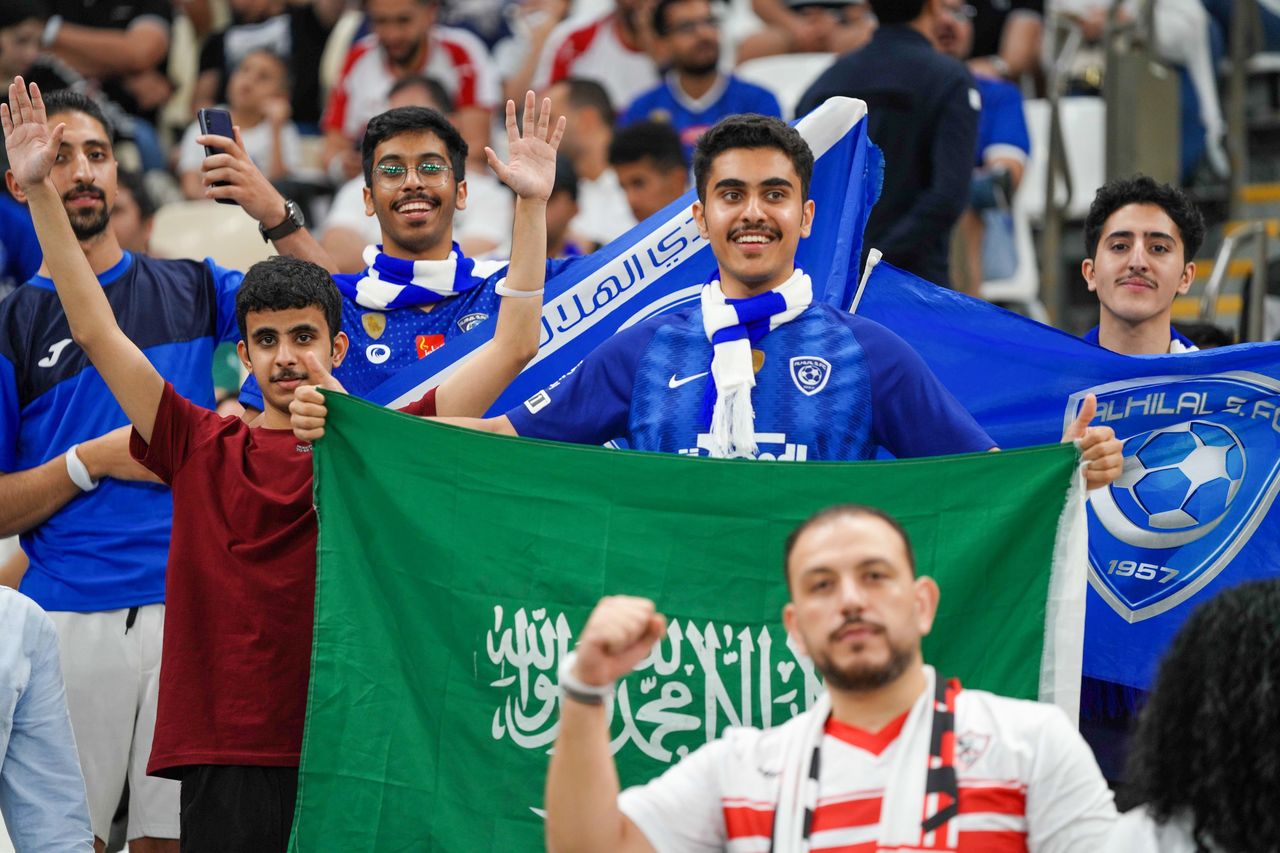 Al Hilal fans cheer for their team as kick-off approached. 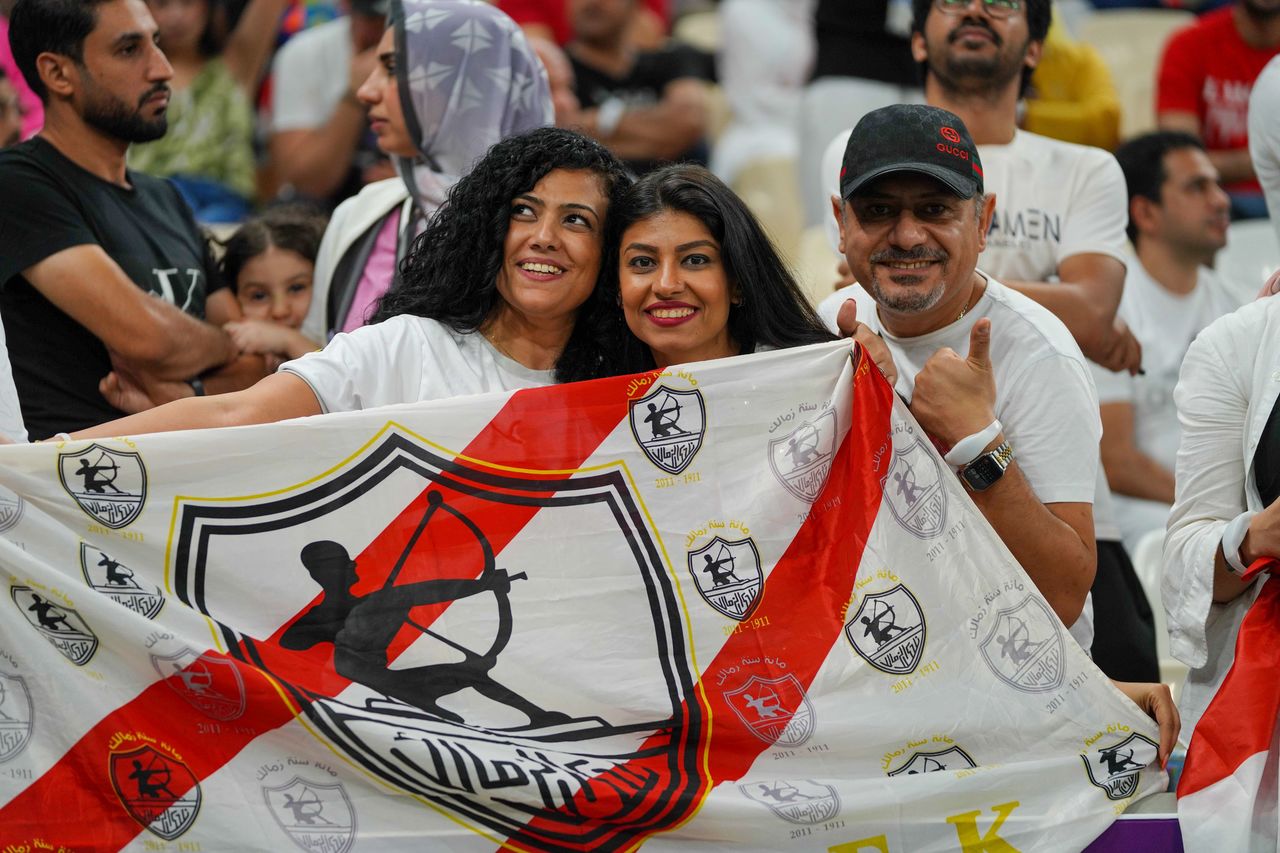 Zamalek fans pose for a picture with their team's flag. 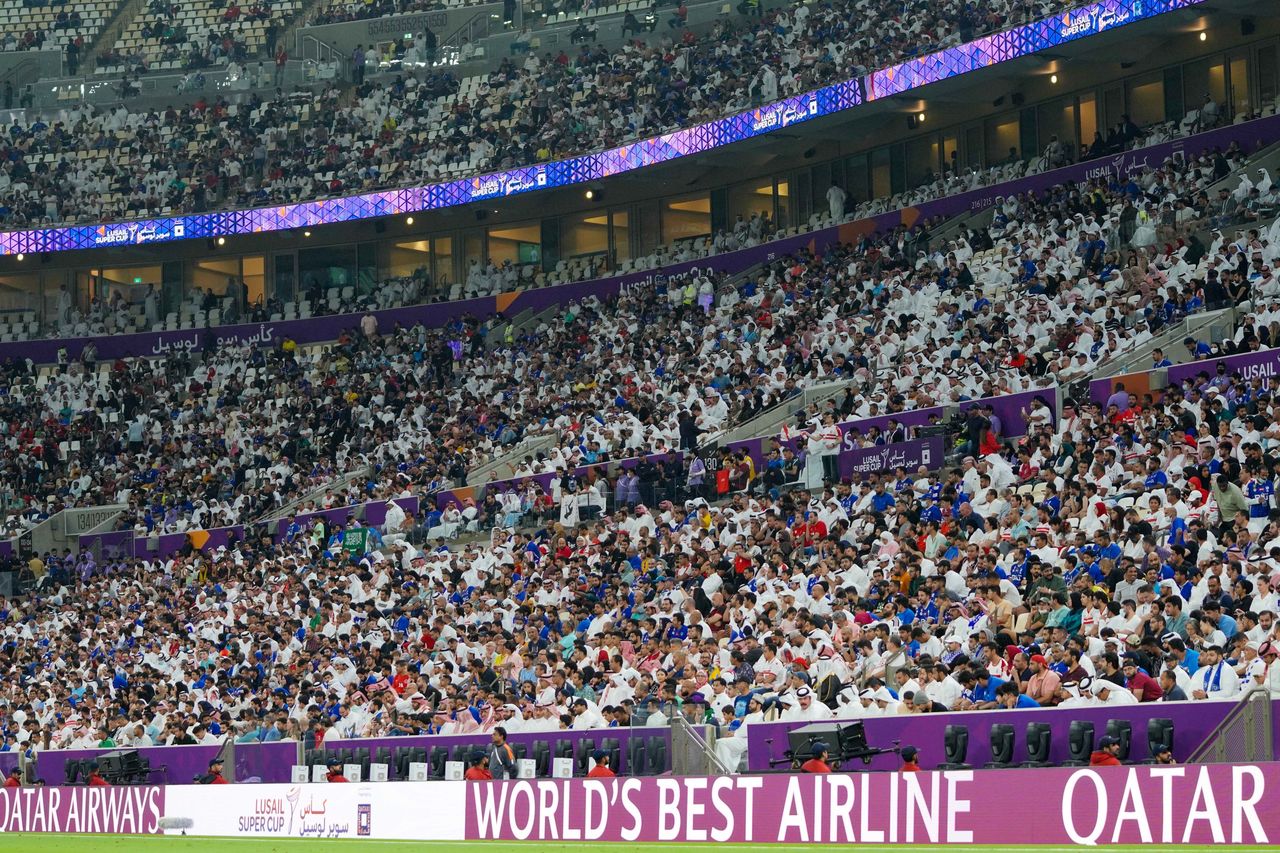 Lusail Stadium has a capacity of 80,000 and is the last of the eight World Cup venues to host matches. 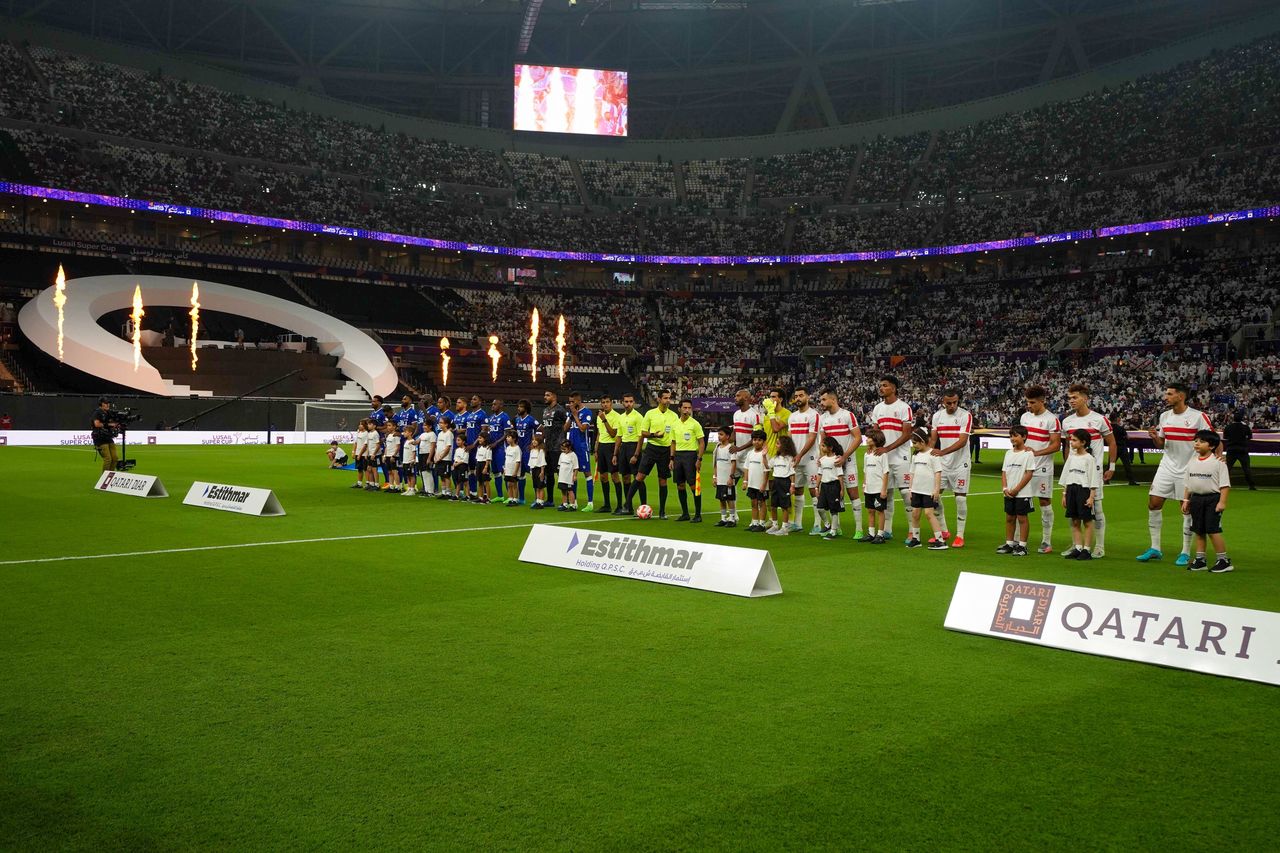 The game between Al Hilal and Zamalek was their second encounter in nearly four years. 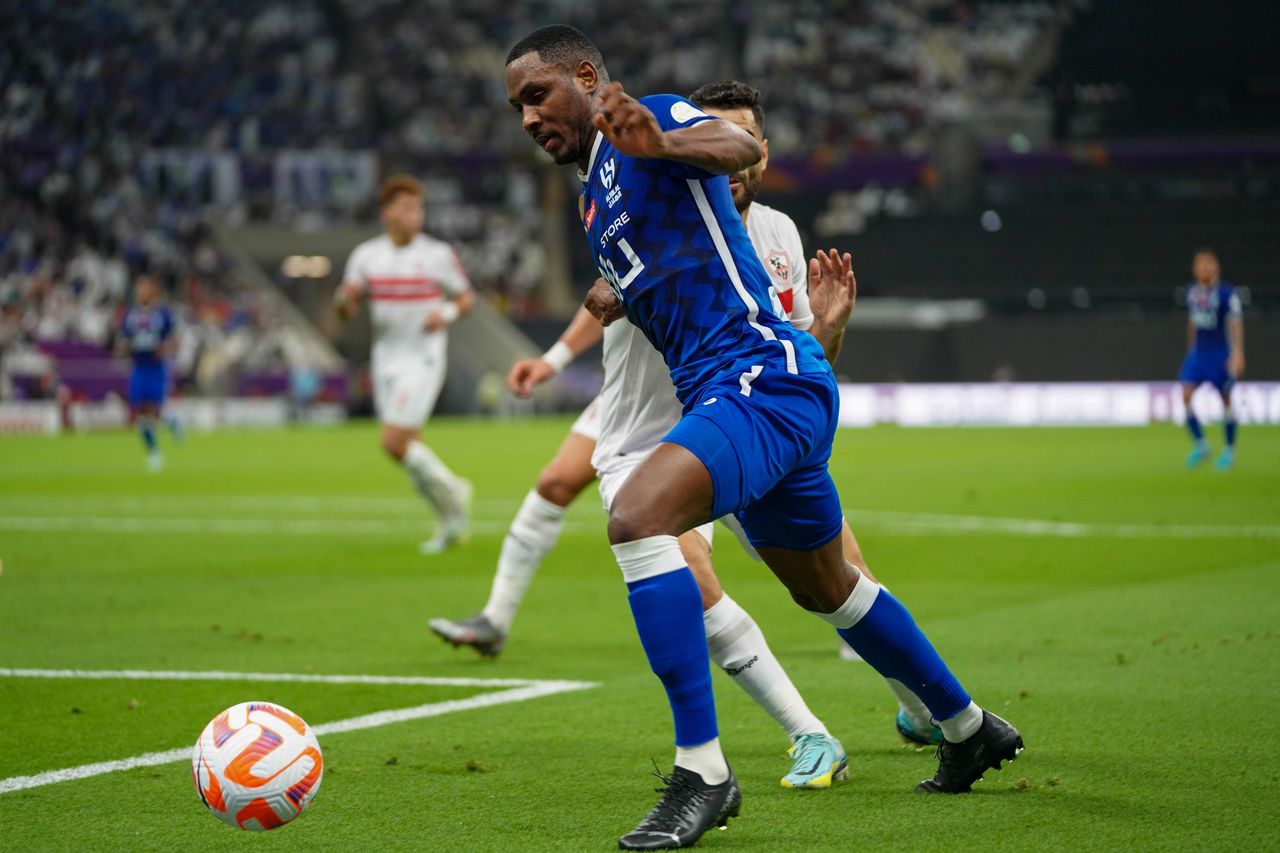 Ighalo of Al Hilal dribbles past Zamalek defence in their penalty area. 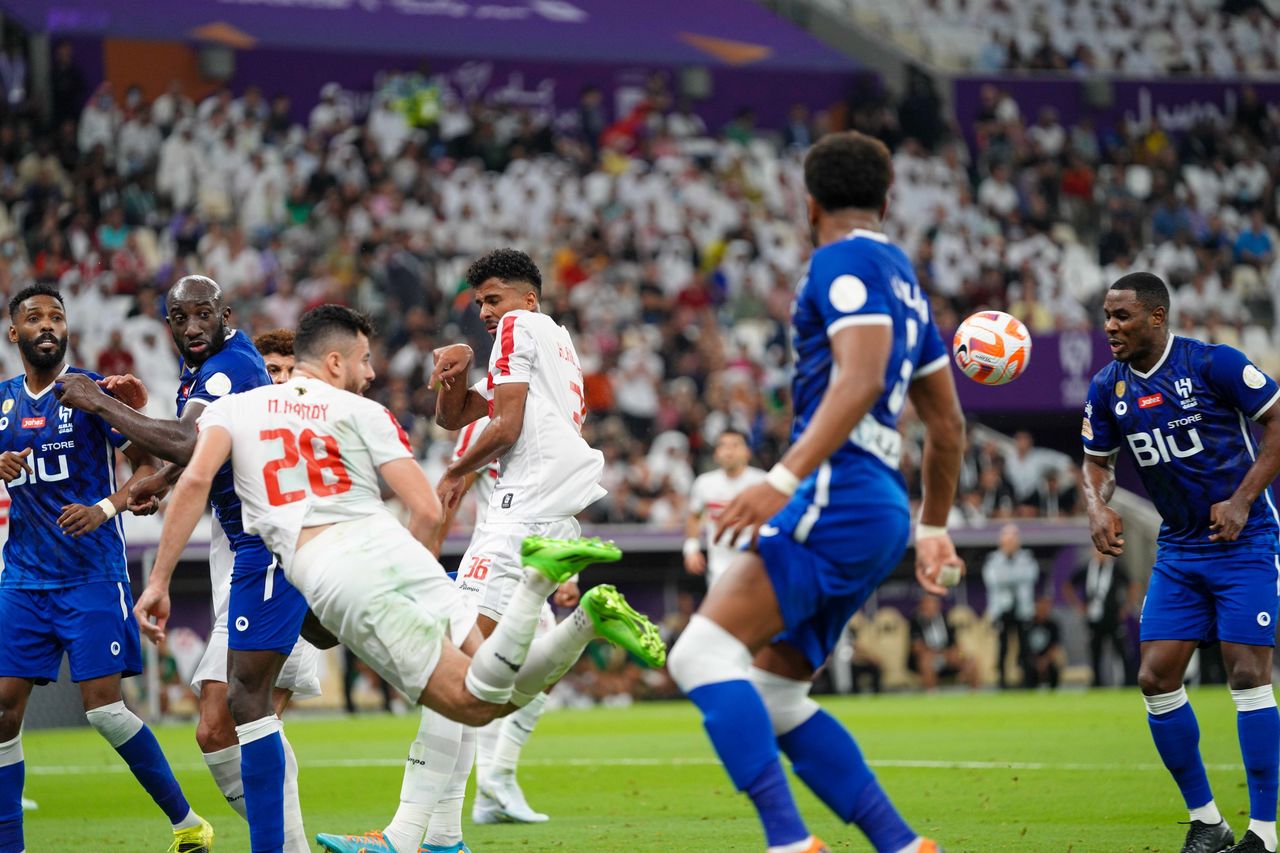 Al Hilal came into the game having won their last five matches, while the Giza-based Zamalek won only two. 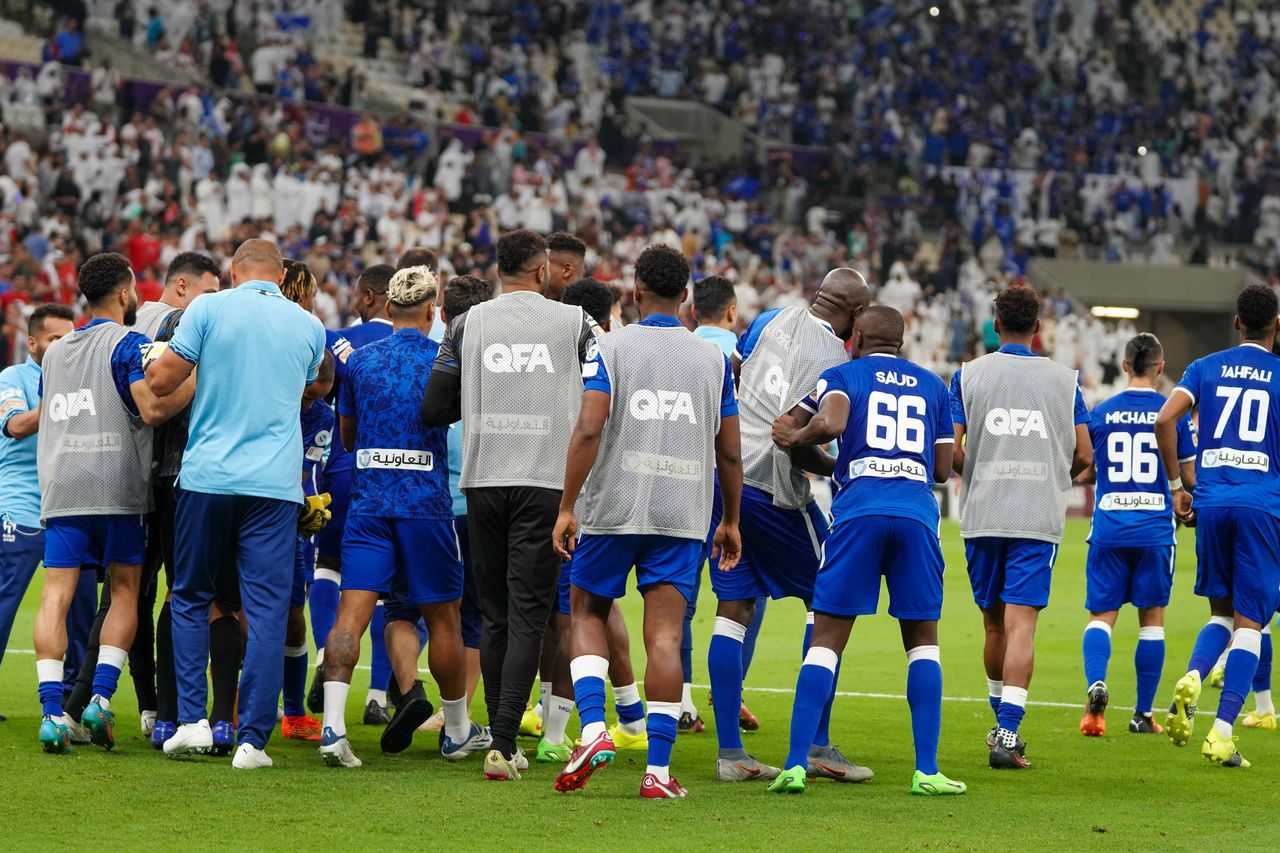 Al Hilal made it six after winning the match 4-1 on penalty kicks. 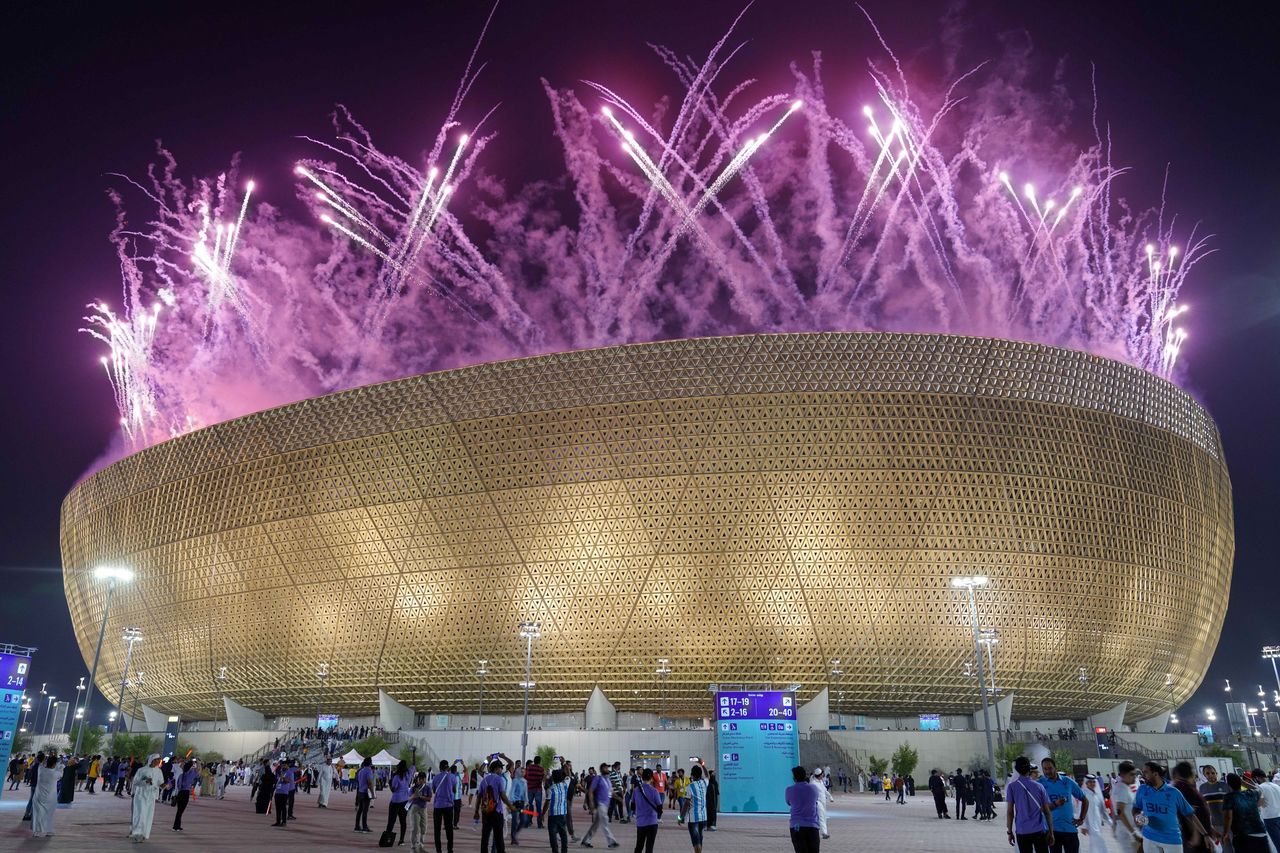 The end of the evening saw Lusail Stadium lit by fireworks.