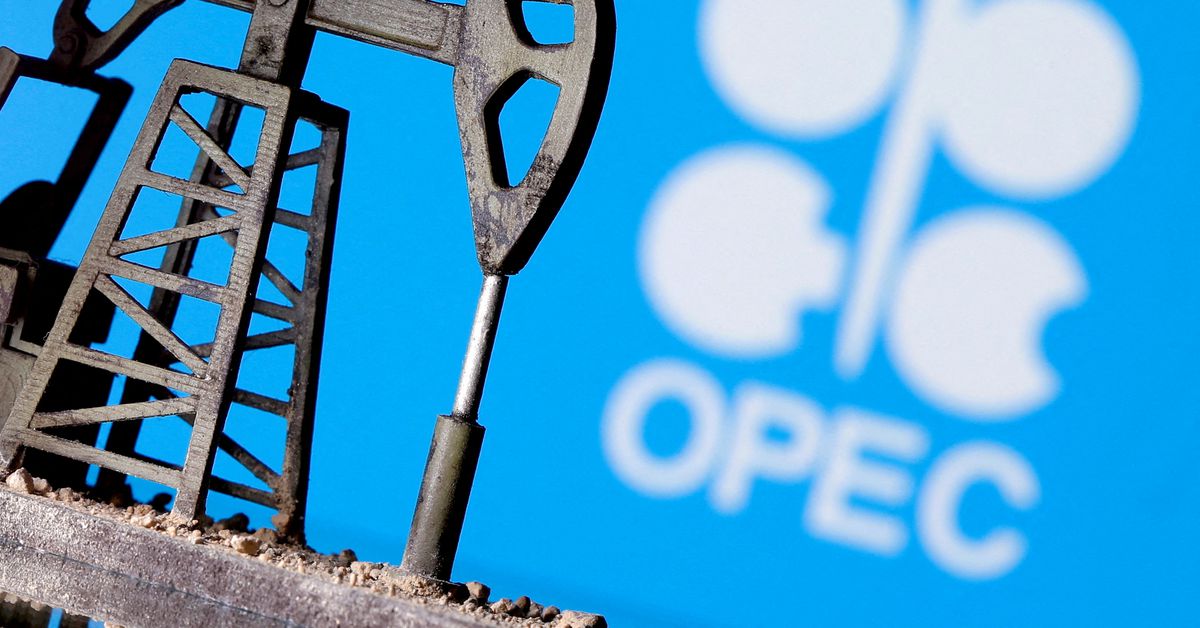 OPEC and allies including Russia agreed on Thursday to another modest monthly oil output boost, resisting pressure to pump more, and ditched the Paris-based International Energy Agency as a data source in a sign of a hardening standoff with the West.

The group has resisted repeated calls by the United States and the IEA to pump more crude to cool prices that climbed close to an all-time high after Washington and Brussels imposed sanctions on Moscow following its invasion of Ukraine.

"Saudi Arabia will be keen to avoid falling out with Russia by adding extra barrels at a time when Russian production is struggling," said Callum Macpherson at Investec.

Saudi Arabia and the United Arab Emirates, which hold the bulk of spare production capacity within OPEC, have resisted calls for higher output, saying the group should stay out of politics and focus on balancing oil markets.

OPEC+, which consists of the Organization of Petroleum Exporting Countries (OPEC) and other producers including Russia, will raise output by about 432,000 barrels per day in May.

Global oil supply disruptions are approaching 5 million to 6 million bpd, or 5% to 6% of world demand, according to Reuters' calculations, as sanctions, conflicts and infrastructure failures hit supply.

OPEC+ has been unwinding record output cuts in place since 2020, as demand has been recovering from the coronavirus pandemic, but not boosting production as fast as the West and other consumers want.

U.S. President Joe Biden's administration is weighing the release of up to 180 million barrels of oil from the Strategic Petroleum Reserve (SPR) and the IEA, a group which includes 31 mostly industrialised nations but not Russia, is set to meet on Friday to decide on a collective oil release.

Brent crude futures were down 6% towards $107 per barrel on Thursday.

OPEC+ has warned the global economy would see a major blow from a prolonged conflict in Ukraine.

"Consumer and business sentiment is expected to decline not only in Europe, but also in the rest of the world, when only accounting for the inflationary impact the conflict has already caused," OPEC+ said in an internal report, seen by Reuters.

Just as the IEA was working on a new stocks release, OPEC+ decided to stop using IEA's data, replacing it with reports from consultancies Wood Mackenzie and Rystad Energy.

OPEC+ uses the data to assess crude oil production and the conformity of participating countries with agreed output curbs.

The IEA advises Western governments on energy policy and has the United States as its top financier.

The IEA said in an emailed statement its data and analysis was "rigorous and objective" and its monthly update on OPEC+ oil production would be made available to the public to support transparency.

In February, the IEA surprised the market by revising its baseline estimate of global demand by nearly 800,000 barrels per day, just under 1% of the 100 million bpd global oil market.

Some OPEC+ members have criticised IEA data, saying it has been inaccurate on several occasions. They have also said the IEA has advised against further investment in the hydrocarbons sector. The IEA has predicted reduced future oil demand as the world seeks to shift to lower carbon fuel.

UAE energy minister Suhail al-Mazrouei told an industry conference this week that institutions such as the IEA needed to be "more realistic" and not issue misleading information.

Mazrouei said top producers were treated like outcasts at the COP26 climate conference last year but were now sought out like "superheroes" as supply has waned.

Ahead of the climate conference, the IEA issued a groundbreaking recommendation for no new fossil fuel projects beyond 2021, while Rystad Energy projected the need for hundreds of new oilfields to meet demand.