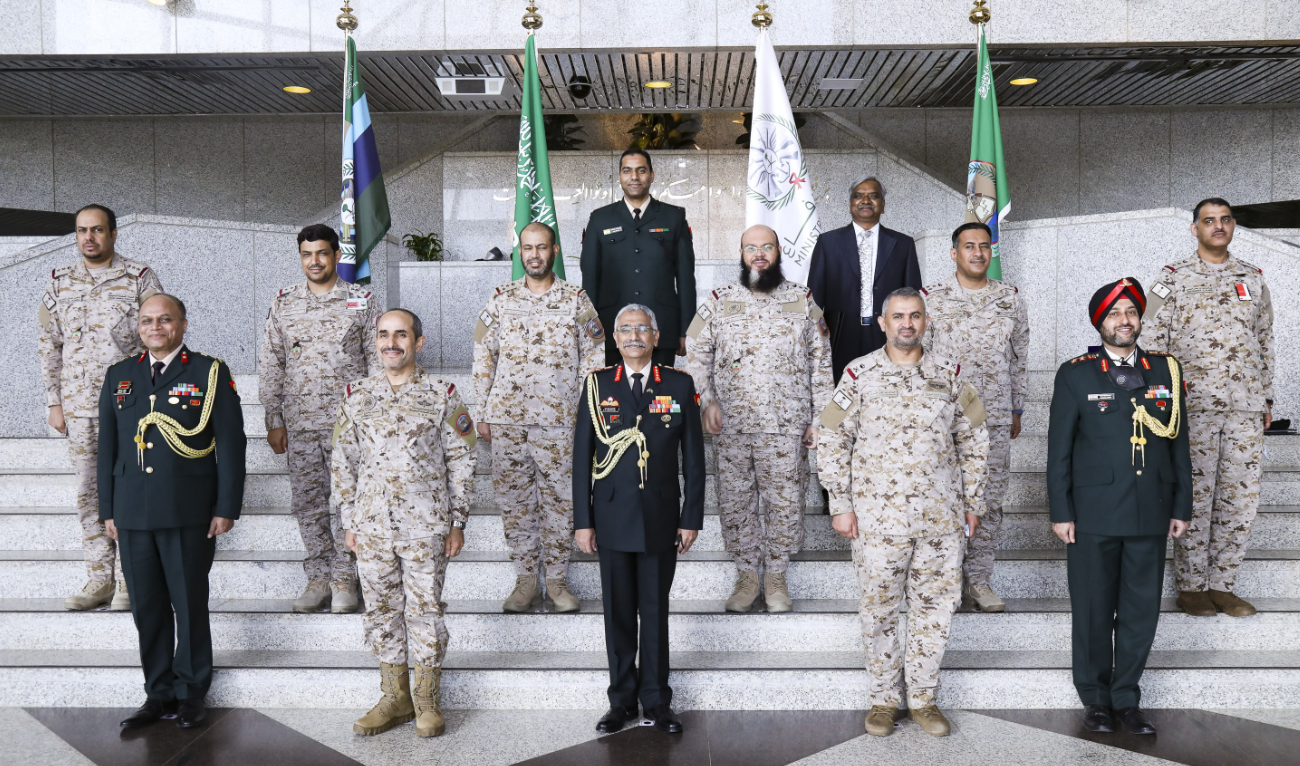 Indo-Saudi defense cooperation on the upswing

As India celebrates its 73rd Republic Day, and 75 years since it established diplomatic relations with the Kingdom of Saudi Arabia, defense cooperation remains one of the key pillars of bilateral relations.
The vision of King Salman to provide a major impetus for defense relations, which he himself elevated to a new level by signing the Memorandum of Understanding on Defense Cooperation in 2014 while he was crown prince and defense minister, has resulted in numerous positive initiatives under his guidance and the direction of Crown Prince Mohammad bin Salman.

Today both India and Saudi Arabia, as major regional players who share common security concerns about the region, are striving to be defense partners.

Building on relations after the historic visit of Gen. Manoj Mukund Naravane, the chief of Indian Army, in December 2020, the land forces chiefs of both nations had telephone conversations in February and December 2021 to discuss the progress of a mutually agreed road map for bilateral relations. With a proposed visit by the commander of the Royal Saudi Land Forces to India in the near future, more high-level interactions are planned.

In September 2021, India’s naval chief had a meeting with the commander of Royal Saudi Naval Forces on the sidelines of the International Seapower Symposium at the US Naval War College.

And on Nov. 19 last year, on the sidelines of Manama Dialogue, Khaled bin Hussein Al-Biyari, Saudi Arabia’s assistant minister of defense for executive affairs, met Air Marshal B.R. Krishna, the chief of integrated defense staff to the chairman of the Chiefs of Staff Committee of the Indian Armed Forces.

Last year there were also enhanced bilateral engagements between the Royal Saudi Navy and the Indian Navy with the aim of increasing the region’s overall maritime security. India, by virtue of its geostrategic location and energy interests, has a major role in securing international sea lanes in the region.

Goodwill visits by Indian ships have been a major component of defense cooperation, with 16 Indian Navy and Coast Guard vessels entering Saudi ports since 2015. In 2021, three Indian ships visited the Kingdom, and the first bilateral naval exercise, Al-Mohed Al-Hindi, was conducted in August along the eastern coast at Jubail.

The commander of the Indian Navy’s Western Fleet was also onboard INS Kochi, the Indian-built destroyer that participated in the week-long exercise. The highlights of the exercise included high-level interactions involving Eastern Fleet officers, the governor of the Eastern Province and various drills and maneuvers at sea with the Royal Saudi Naval Forces.

Despite travel restrictions imposed in response to the COVID-19 pandemic, officers from the Royal Saudi Armed Forces and Indian Armed Forces are undergoing training in various military institutes. This year we expect more exchanges and joint training activities to be conducted by the two friendly countries.

New areas of cooperation are being mutually identified, including in the realms of intelligence sharing, counterterrorism, artificial intelligence and cybersecurity.

Efforts were also undertaken in 2021 to introduce Indian defense industries to Saudi Arabia, under the government’s Make in India initiative and Saudi Vision 2030.

During the visit by Indian Prime Minister Narendra Modi to Saudi Arabia on Oct. 29, 2019, the Kingdom’s General Authority of Military Industries and the Indian Ministry of Defense’s Department of Defense Production signed memorandums of understanding for collaboration in military acquisitions, industries, research, development and technology. It remains the guiding beacon for cooperation in defense industry initiatives.

The World Defense Show, scheduled to begin in Riyadh in the first week of March this year, is likely to include the participation of a number of Indian public and private industries. A senior delegation is expected to represent the Indian Armed Forces during the premier event.

Also in March, Defense Expo 2022 is due to take place in India and a number of military and business delegations from Saudi Arabia are expected to attend.

As the pandemic winds down, it is expected that Indo-Saudi defense cooperation will be enhanced and grow until its full potential is realized under the Strategic Partnership Council.
#COVID-19  #Covid