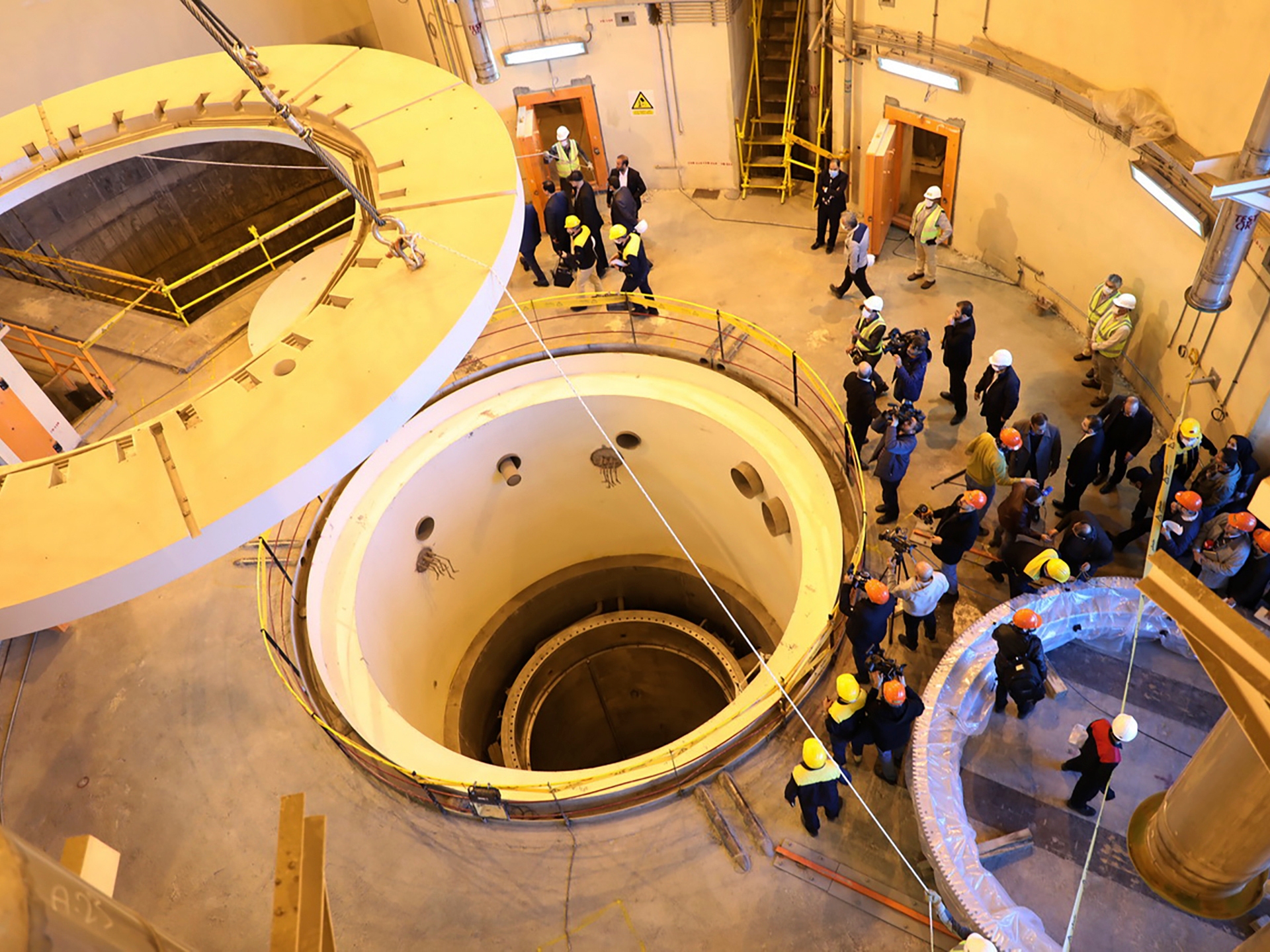 UN’s nuclear watchdog says ‘no progress’ in resolving questions about past presence of nuclear material in three undeclared sites.

The UN’s nuclear watchdog has said it could not guarantee the peaceful nature of Iran’s nuclear programme, saying there had been “no progress” in resolving questions about the past presence of nuclear material at undeclared sites.

The International Atomic Energy Agency (IAEA) said in a new report it was “not in a position to provide assurance that Iran’s nuclear programme is exclusively peaceful”, several news agencies reported on Wednesday.

The report said IAEA Director-General Rafael Grossi was “increasingly concerned that Iran has not engaged with the Agency on the outstanding safeguards issues during this reporting period and, therefore, that there has been no progress towards resolving them”.

Tehran has long said that its nuclear programme is exclusively peaceful.

The IAEA has been pressing Iran for answers about the presence of nuclear material at three undeclared sites. Without credible explanations from Iran on what happened to the uranium that appears to have been present at the three sites, the agency said it could not guarantee that uranium had not been siphoned off to make weapons.

Tehran has insisted that the IAEA probe be concluded in order to revive the 2015 deal on its nuclear programme with world powers, formally known as the Joint Comprehensive Plan of Action (JCPOA).

They said that the “re-digging up of those issues the agency is coming up with now about those three sites, is a result of political pressure … and a result of intelligence provided by Israel and other countries that don’t want to see Iran in a position to negotiate a return to the 2015 nuclear deal,” Jabbari said.

In a separate quarterly report, the IAEA said Iran was continuing to enrich uranium well past the limits laid down in the ailing 2015 deal, with its stockpile now more than 19 times the limit set out in the accord.

The report said Iran’s stockpile as of August 21 stood at an estimated 3,940kg, up 131.6kg from the previous quarterly report.

Washington’s withdrawal from the deal under then-President Donald Trump and its reimposition of sanctions prompted Tehran to breach the deal’s nuclear restrictions.

The report said Iran’s stock of uranium enriched to 60 percent and in the form of uranium hexafluoride, the gas that centrifuges enrich, was estimated to be 55.6kg, an increase of 12.5kg from the previous quarterly report.

Nuclear arms control specialist Tariq Rauf, said he believes Iran has produced this amount of 60 percent enriched uranium “as a bargaining chip … in return for relief from economic sanctions and other items it wants from the United States”.

“It is not illegal under the non-proliferation treaty for … Iran to enrich even up to 90 percent, as long as they report this activity to the IAEA, and the material … is not used for weapons purposes,” Rauf told Al Jazeera.

“So Iran is not violating any non-proliferation agreement other than the JCPOA which both sides have stepped out from for a number of years,” he said.

Indirect talks between Iran and the United States have made only stuttering progress towards reviving the deal.

Al Jazeera’s Jabbari said that there was “a lot of scepticism inside Iran on whether this deal is salvageable at this stage”.

“There has been a lot of back and forth between the Iranian officials and the Americans about a draft proposal the European Union has put together for the two sides to try and bring them back to the deal,” Jabbari.

“The IAEA plays a crucial part in this, because they are the police in all of this, to be able to monitor any kind of agreements that they would have between Iran and the international community.”

Reviving the deal would take the many advanced centrifuges Iran is now using offline, since the deal only allowed it to enrich with first-generation IR-1 centrifuges.

A revived deal would also slash its stock of uranium enriched to various levels, currently roughly four tonnes, back to within the deal’s cap of 202.8kg.