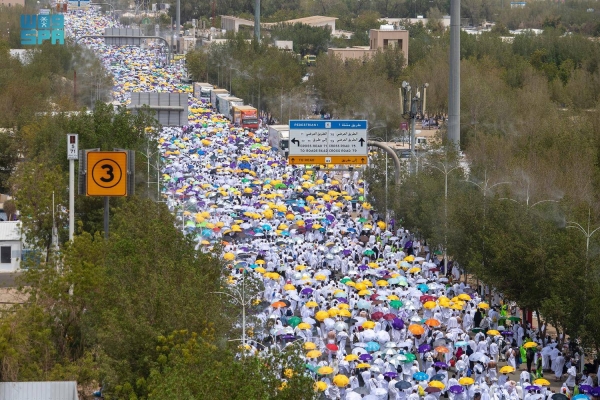 Minister of Health Fahd Al-Jalajel expected that the health situation would be better and the number of pilgrims performing Hajj would be higher next year.
In an interview with Al-Arabiya Television, the minister said: “The ministry has prior planning for Hajj each year and this year the expected scenario has been set from an early period, in view of the health threats, the situation of the pandemic and the arrival of the vaccine,” he said.

Al-Jalajel said the Kingdom has drawn up advance plans to safeguard the health of pilgrims, while emphasizing that the health status of the pilgrims is very reassuring. He said that only three cases of sunstroke were recorded among the pilgrims. “No high cases of sunstroke were recorded on the Day of Arafat and the cases in the intensive care units are very few. The adherence to health requirements and raising awareness about the use of umbrellas is a helpful factor,” he pointed out.

According to the minister, this year is exceptional one for the pilgrims in light of the continuation of the coronavirus pandemic. The number of pilgrims increased, and this shows the maximization of the gains that were achieved in the Kingdom and the world in carrying out the vaccination program. Vaccines have played a major role in this respect. Apart from the pandemic, other health threats are taken into account such as sunstroke, stress and fatigue, especially in the summer, as well as epidemics such as monkeypox.

Al-Jalajel also emphasized the Ministry of Health’s early preparations and infrastructure readiness, in addition to applying requirements, early examination, and monitoring and investigation processes have an effective impact on the safety of the of pilgrims in general during this year’s Hajj season.

The minister affirmed that the health status of pilgrims in Arafat is reassuring. “The adherence to health requirements and raising awareness about the use of umbrellas were a helpful factor,” he added.
#Coronavirus  #Vaccines  #vaccine