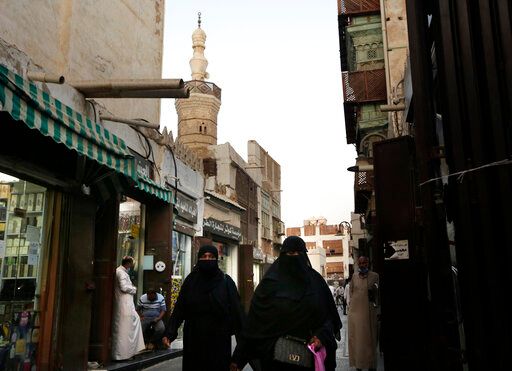 Saudi Women Barrel Into The Workforce In A Changing Kingdom

Thousands of women are showing up to work across the country due to reforms led by Crown Prince Mohammed bin Salman in efforts to modernize the kingdom.

Nearly double the number of women are working in the conservative Middle Eastern country compared to five years ago, i24NEWS reported.

In one of the world’s most-gender segregated nations, different generations of women are debating how to truly be modern amid social changes set forth by the regime.

Mona, who is among the first group of Saudi women soldiers to work at Islam’s holiest sites, will help secure the Hajj annual pilgrimage.

“I joined the military service to continue my father’s journey… standing here at The Grand Mosque in Mecca… is a very noble and honorable task,” Mona told i24NEWS.

With looser restrictions in mixing, driving, and some aspects of male guardianship - among steep new taxes and cuts to essential government subsidies - firms are hiring more women than ever.

Women are therefore recognizing their chance to negotiate new places for themselves in Saudi’s delicate social fabric.

Saudi cosmetics saleswoman Asmahan Khaled was able to choose a profession that is close to her heart due to the newfound “freedom in the market for women to work.”

The country is highlighting its progress with women at a time of scrutiny from the West over its human rights record, including a crackdown on dissent that snared dozens of women rights activists.