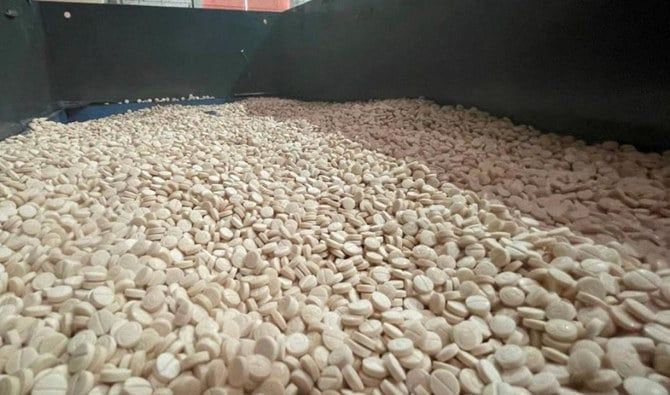 Saudi authorities on Wednesday foiled an attempt to smuggle millions of highly addictive and illegal amphetamine pills into the country.

Maj. Mohammed Al-Nujaidi, spokesperson for the General Directorate of Narcotics Control, said that more than 1.9 million Captagon tablets were found hidden in a shipment of iron machines in a warehouse in Riyadh.

Three Saudi nationals, one GCC national, one Syrian resident, two Bangladeshi residents and two Pakistani residents were arrested in connection with the seizure.

Initial legal measures were taken against them, and they were referred to the Public Prosecution.

The Ministry of Interior and Saudi security agencies, working with the Zakat, Tax and Customs Authority, target individuals and groups trying to smuggle drugs into the country.

The Saudi government has urged anyone with information related to suspected smuggling operations or customs violations to call the confidential hotline 1910, the international number 00 966 114208417, or email 1910@zatca.gov.sa.