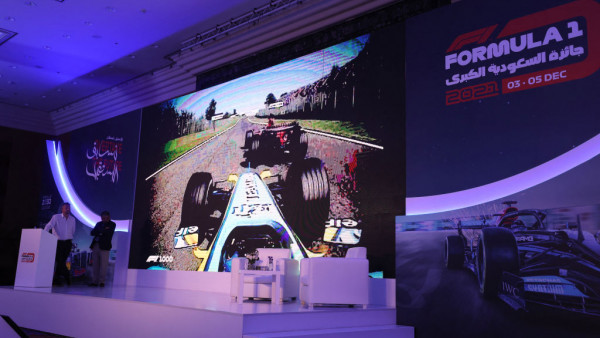 Saudi Arabia wants to give visitors at the F1 Grand Prix in Jeddah a warm welcome rather than restricting what they can and cannot wear, according to the Saudi Ministry of Sport.
Saudi Arabia reversed its decision to impose a strict dress code at its first-ever Formula One Grand Prix in December.

The Saudi Ministry of Sport said their priority was to ensure visitors at Jeddah’s new race track received a warm welcome, rather than restrictions on what they can and cannot wear.

“The Ministry of Sports has stressed there will be no dress code at the circuit not at any public places in Jeddah. This applies to everyone, regardless of gender,” said new advice sent out from the race organisers.

However, there was also a cautious warning to respect “the cultural sensitive of Saudi Arabia”.

The gulf kingdom has a conservative and traditional culture in which ideas about modesty and morality govern daily life, including how men and women dress. Women usually wear an abaya, a long black cloak, while men wear a traditional thobe, which covers the body, arms and legs.

Saudi Arabia will host its first Grand Prix from December 3 to 5 at a newly constructed track, labelled as the fastest street circuit in the racing calendar.

The country sees the race and surrounding events, including a pop concert from Justin Bieber, as part of its vision for a new future for the Kingdom.

Chairman and CEO of Formula One Chase Carey has expressed excitement over Saudi Arabia’s debut.

“Saudi Arabia is a country that is rapidly becoming a hub for sports and entertainment with many major events taking place there in recent years and we are very pleased that Formula 1 will be racing there ,” said Carey.

“Formula 1 should realise that a Saudi Grand Prix in 2021 would be part of ongoing efforts to sportswash the country’s abysmal human rights record,” said Felix Jakens, Amnesty International UK’s head of campaigns.

Saudi Arabia is accused of repeated human rights offences including arbitary arrests and extrajudicial killings, such as the brutal murder of Jamal Khashoggi. The country has also been involved in the war in Yemen, a conflict which has spawned one of the world’s worst humanitarian crises.

Ahead of December's race, a Formula 1 spokesperson said “we take our responsibilities very seriously and have made our position on human rights and other issues clear to everyone."
#Jamal Khashoggi