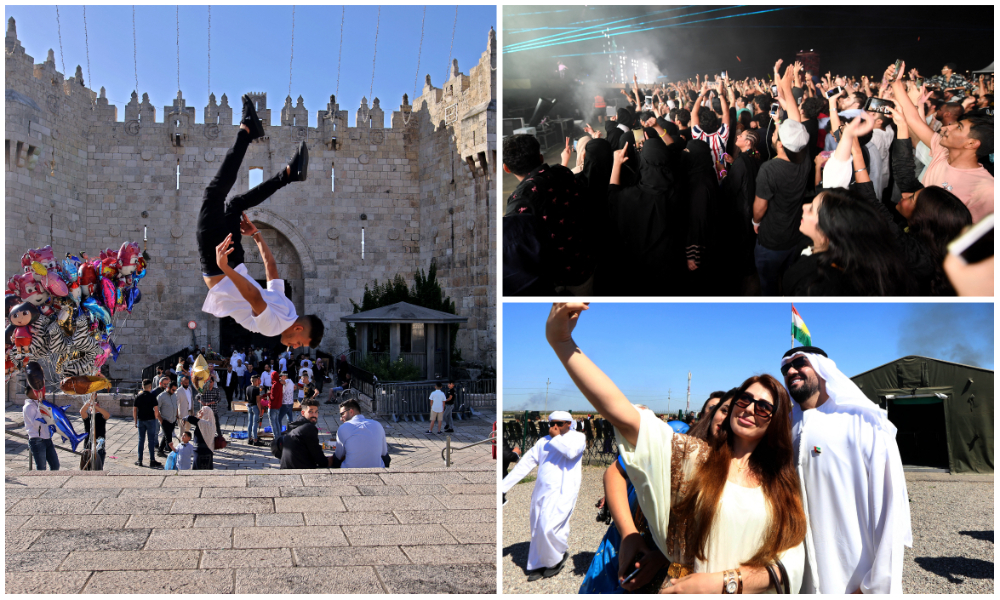 The countries of the Middle East are “backward-looking,” unfriendly, or even hostile to Western nations, and fail to share their values or aspirations.

These are the worrying and outdated perceptions of people in four Western nations — the UK, US, France and Germany — surveyed in a new poll conducted for the Tony Blair Institute for Global Change.

The same poll, however, reveals that, in fact, Arabs in Saudi Arabia, Egypt, Iraq, Lebanon and Tunisia “deeply respect the US and its values of freedom, innovation, and opportunity.” 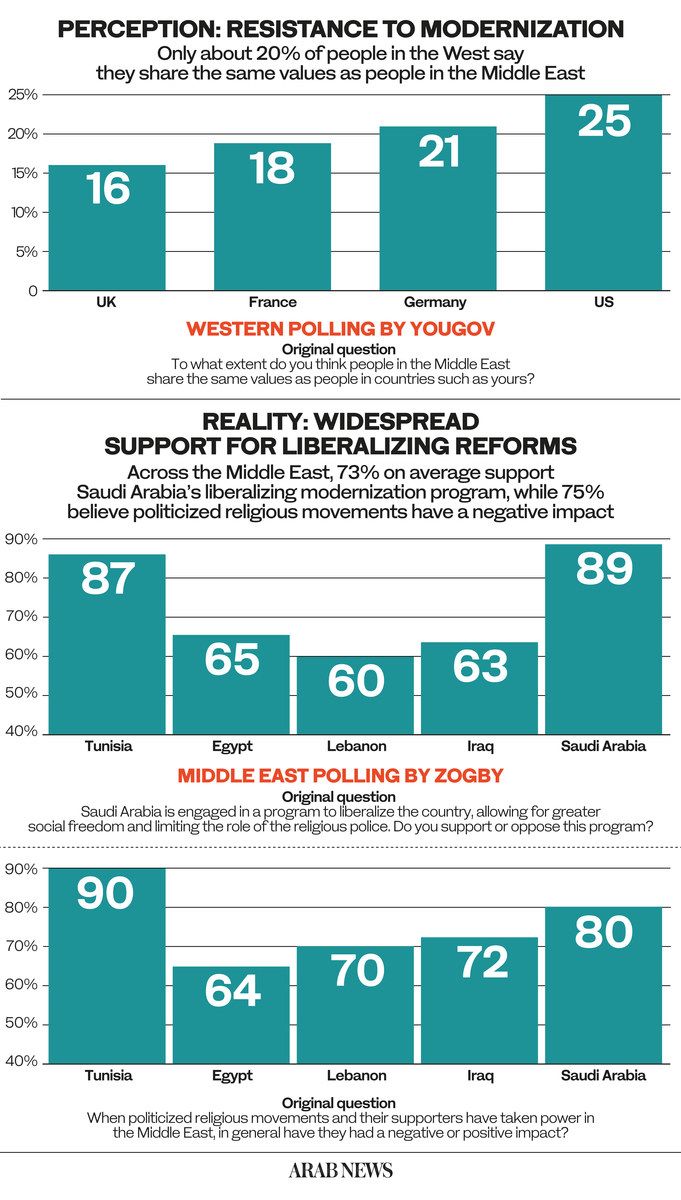 Published on the eve of US President Joe Biden’s visit to Saudi Arabia, the timely survey and its accompanying report, “Think Again: Inside the Modernization of the New Middle East,” highlights the gulf between Western perceptions of the region and the reality of the situation.

Tony Blair, Britain’s former prime minister and founder and executive chairman of the Blair Institute, said that the results of the poll show that “people across the Middle East and North Africa, especially the youth, want societies which are religiously tolerant, economically enterprising and at peace with their neighbors.

“Leaders engaged in these reforms are supported; those wanting to exploit religious or tribal differences are not. And virtually in every country surveyed, opinions of the West, particularly the US, Europe and the UK, are surprisingly positive.”

Unfortunately, he added: “Western attitudes are lagging. We still think of the region as backward, intractable and irredeemably hostile to us.

“And, whilst of course there is evidence for those attitudes in parts of the Middle East, the polling shows they do not represent the majority.”

The risk for the West, he warned, was that “our outdated misconception of what people in the region really think leads us to disengage at the very moment where there is an opportunity for us to partner the region and its modernizing elements, for the benefit not only of the region itself but for our own security.”

The institute’s report points to social developments in Saudi Arabia as an example of “the new Middle East’s shared vision for change,” but concludes that this vision and the progress it has already brought about has so far failed to register in the Western consciousness.

More than half of those polled in the West believe that people in the Middle East do not share the same values as them, such as support for secular politics, and respect for difference and freedom of expression. 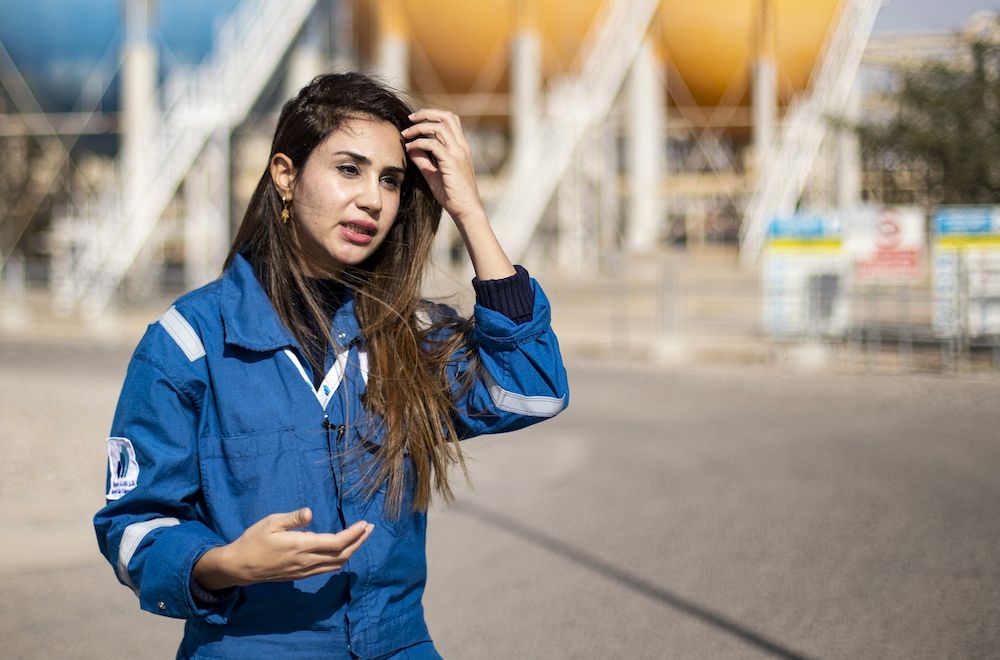 Western perceptions of the Arab world are far removed from the reality.

Neither, adds the report, “do they think it is a forward-looking region characterized by hope, instead associating the Middle East with intractable conflict and violent extremism.”

But from the perspective of the people who live there, the poll reveals that “the New Middle East is an altogether different place.”

For example, “an overwhelming majority support the Saudi modernization program and others like it that are reforming institutions, liberalizing society and diversifying the economy.”

Equally, “the majority are opposed to regressive religious movements and their role in politics.”

The report praises Saudi Arabia’s modernization program, championed by Crown Prince Mohammed bin Salman under the Vision 2030 blueprint for the nation’s future, as “the most comprehensive, regionally driven, transformative agenda since the post-colonial period.”

From liberalizing the country’s laws and policies to diversifying the economy, 73 percent of people polled across the region said that they support these transformative steps, including 89 percent of Saudis themselves.

The survey reveals much about the changing nature of Saudi society, including the waning influence of religious authorities.

Indeed, educational reform and the role of religion are key issues for almost everyone polled across all five countries in the region: 77 percent of Iraqis, 73 percent of Saudis, 71 percent of Tunisians and 65 percent of Lebanese believe their country’s religious education and practices require reform. 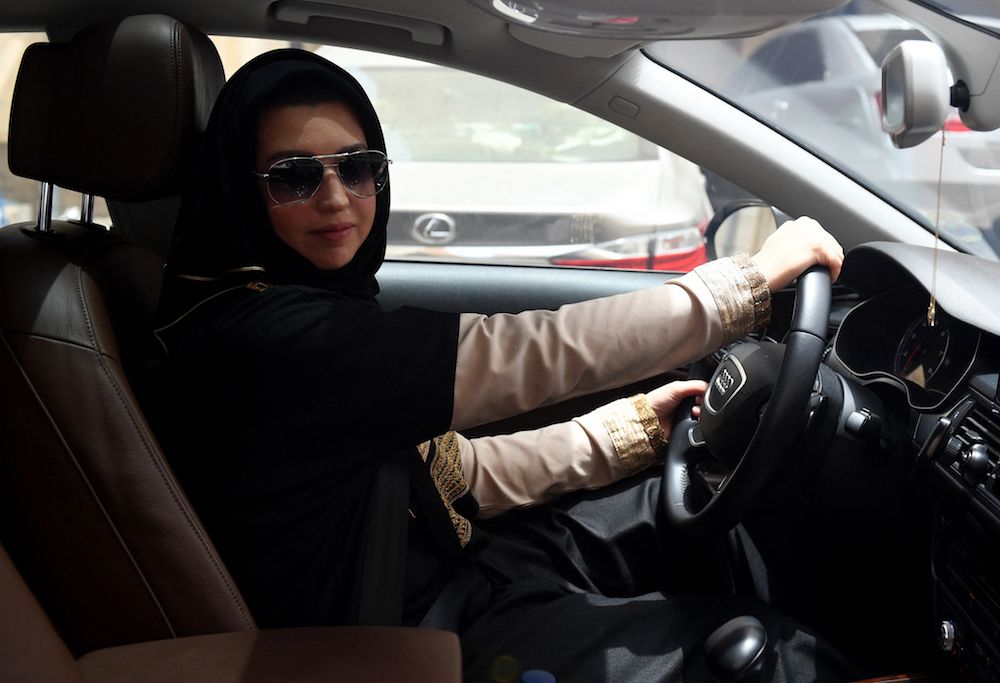 The report singled out Saudi Arabia for praise as a result of its many modernization programs.

“What is clear,” the report states, “is that people want secular and pragmatic government, not leadership bound to outdated and destructive Islamist ideologies.

“Today, an overwhelming 75 percent agree that politicized religious movements are damaging for the region.”

This figure is even higher in Saudi Arabia, standing at 80 percent.

Modernizing and diversifying the economy is seen as a “high priority” for the majority of Saudis, 60 percent of whom identify technology and innovation, and 44 percent tourism, as the ideal sectors to generate employment.

More of those surveyed in the Kingdom favor their children receiving technological skills over religious education.

The report highlights that Saudi government thinking — and action ­— about the future is in step with the views of its citizens as the country moves to unlock the potential of non-oil sectors.

In 2021, for example, there was a 54 percent increase in start-up funding over 2020 and $33 billion invested in information and communication technology. The report also highlights there are now in excess of 300,000 jobs in the Saudi tech sector.

The Global Entrepreneurship Congress has ranked the economic and regulatory landscape in the Kingdom as the best environment for business start-ups out of 45 countries.

On women’s rights, by a margin of two to one, a majority of Saudis agree that women should have the same employment rights as men in private and public sectors.

All these developments, the report concludes, are popular in Saudi Arabia. Equally important, the Blair Institute says, is they should be supported by the West — and by the US in particular. 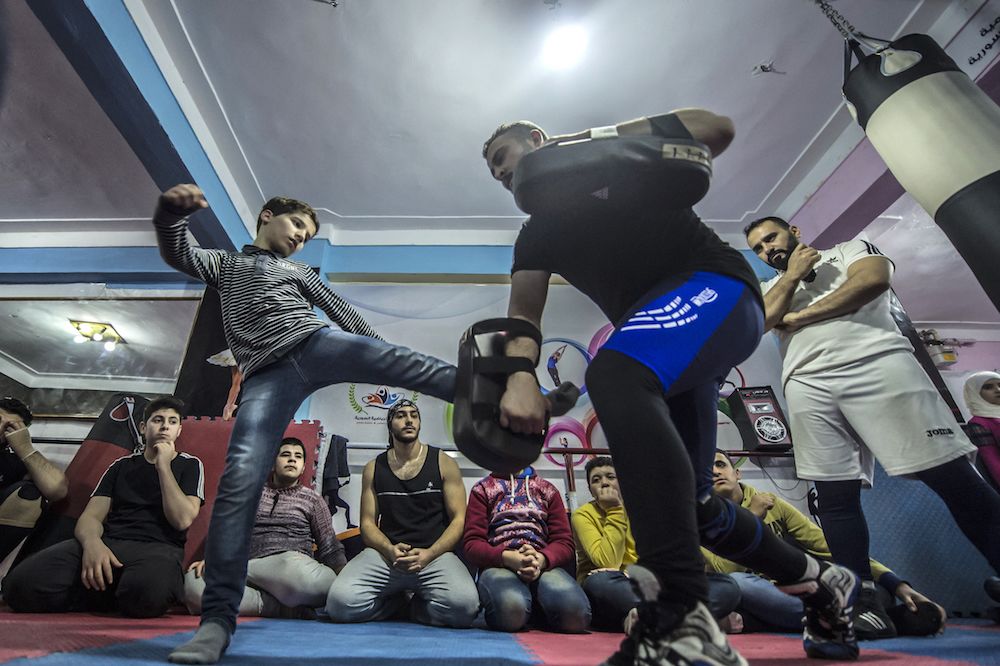 Despite its repuation for backwardness, the region is dynamic and forward-facing.

Reflecting a history of friendship and economic and military collaboration that dates back to President Franklin D. Roosevelt’s historic February 1945 meeting aboard the USS Quincy on the Suez Canal with King Abdulaziz, founder of Saudi Arabia, “Saudis look to the US as their global partner of choice, despite decades of Western assumptions that anti-Americanism is on the rise.”

Saudi respondents to the survey gave their most favorable country ratings to China, the US and the UK, but 66 percent said that they would most like their country to partner with the US.

“As the Kingdom and its people make strides in transforming society and the economy,” the report states, “now is the time for the US and its allies to invest in the country’s future.”

The report also notes how Saudi Arabia is skilfully managing to balance the preservation and promotion of its own heritage with an embrace of Western culture — to the delight of its young people.

In “the once-conservative Saudi Arabia,” it says, “Vision 2030 prioritizes cultural expression with three aims: Promoting tolerance, professionalism, discipline, justice and transparency; preserving Saudi, Arab and Islamic cultural heritage and history; and preserving and promoting national identity in order to pass it on to future generations.”

There are also “commercial implications ... . Taking a global approach, Saudi Arabia is seeking international partners for its festivals, arts and museums, with the culture sector expected to generate $20 billion, create 100,000 jobs and contribute 3 percent of gross domestic product by 2030.”

At the same time, “music festivals and international sporting events are capitalizing on changes in the Middle East.”

The report cites last year’s MDLBeast Soundstorm festival, which was staged in the desert outside Riyadh and attracted a global audience of more than 700,000.

This state-sponsored event “witnessed young men and women openly mixing, wearing unconventional clothing and enjoying performances by popular Western musicians such as David Guetta — an appearance that caused great excitement among the Saudi youth. Sporting events, including Formula 1 ... are also drawing in a global audience.”

The report highlights that, as part of its national “cultural transformation,” Saudi Arabia has introduced a new visa scheme to encourage international artists to visit, and a residency program to allow artists to settle permanently. 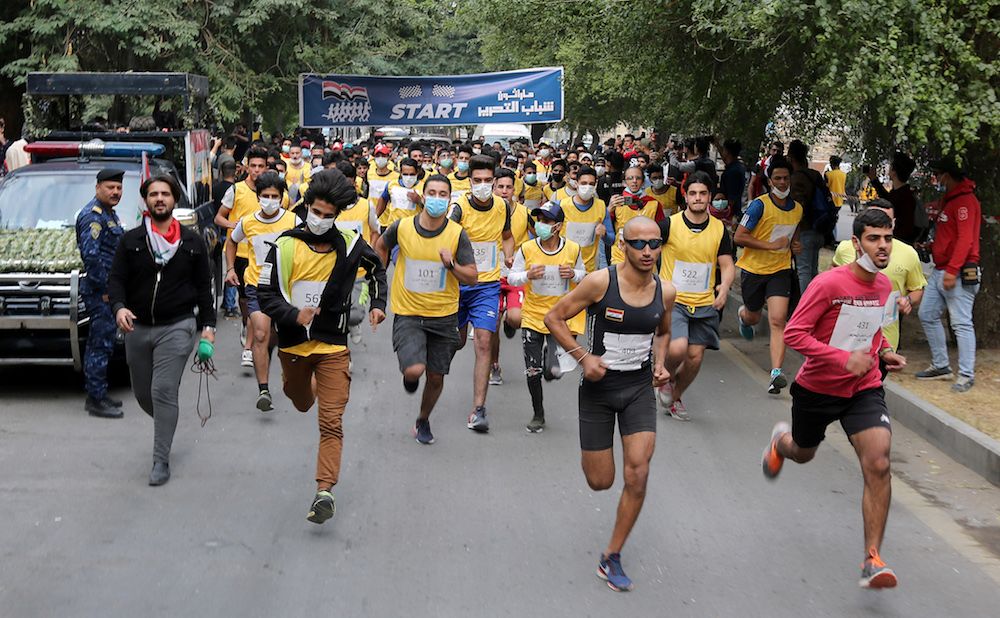 Runners take part in the Tahrir Youth Marathon, in support of ongoing anti-government protests, in the Iraqi capital Baghdad.

“The aim is to increase freedom for cultural exchange and to underpin the Kingdom’s plans to accelerate the arts and culture sector.”

In his foreword to the report, James Zogby, the managing director of international polling firm Zogby Research Services, which carried out the survey for the Blair institute, says that Western perceptions of the Arab world “are too often shaped by negative stereotypes and anecdotal evidence used to justify prejudicial views — rather than by reality.”

As a result, he adds, “our understanding of who Arabs are, and what values and aspirations they have, too often misses the mark.”

Western policymakers and political analysts “talk about Arabs and at Arabs, but they rarely consider listening to Arabs in order to fully understand their lives, and their needs and hopes for the future.”

One consequence of this has been “the oversimplification of a complex region, which has led to costly policy disasters. In recognition of these failures and still hampered by attitudes shaped by negative perceptions, some voices in the West now argue for disengagement from the region.”

Zogby had this message for Western policymakers and political pundits. “Check your biases at the door and listen to what Arabs are telling us about what they want.

“As my mother used to tell me, ‘If you want others to hear you, you must listen to them first.’

“Thanks to the institute, Arab voices are speaking to you. Listen to what they’re saying.” 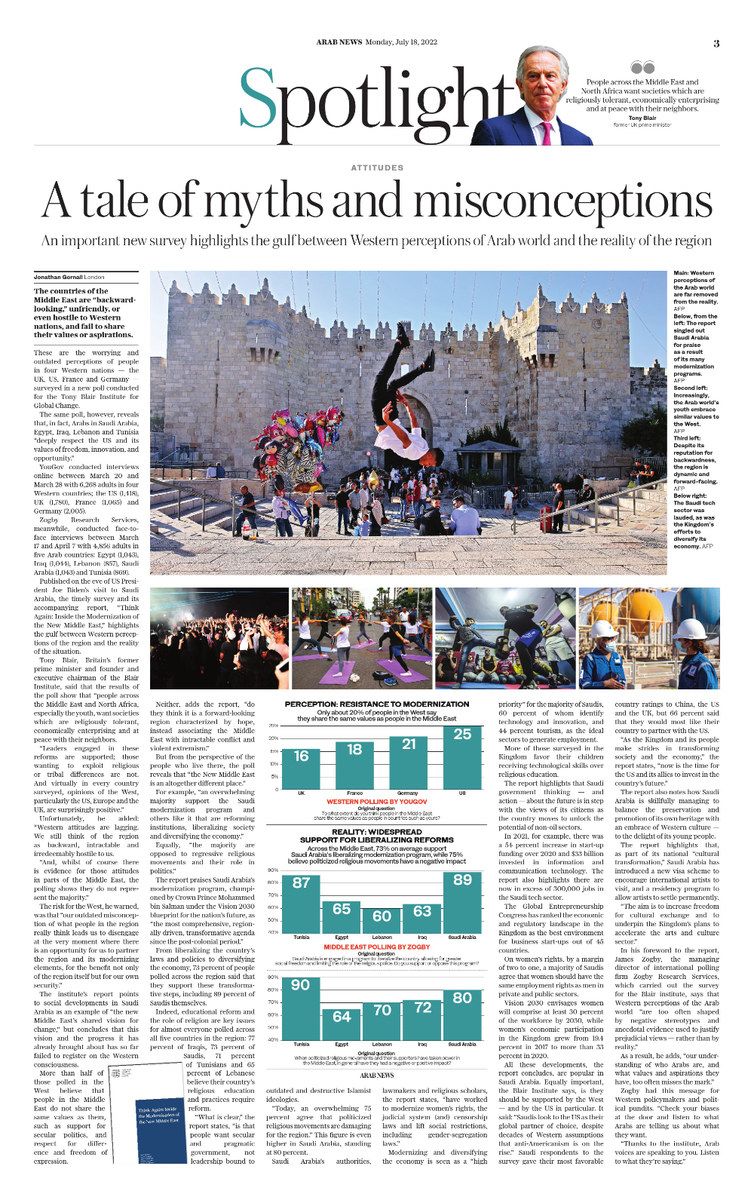